How Does a Conviction Under Prostitution affect a U-Visa Applicant? 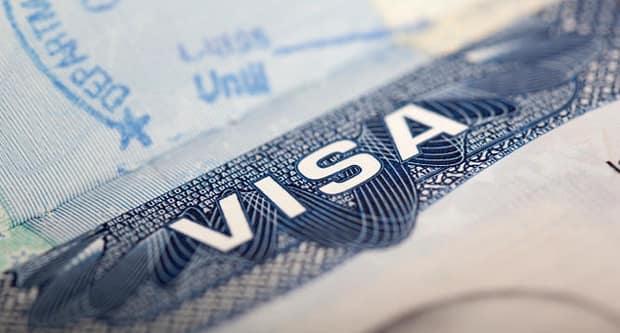 How Does a Conviction Under Prostitution affect a U-Visa Applicant? California Penal Code § 647(b) is a misdemeanor offense that applies to both sex workers and their prospective customers. As noted in the penal code, someone is in violation if they solicit, agree to engage in, or engages in any act of prostitution in exchange for money, compensation, or anything of value.

Generally, this offense is treated fairly lightly. As written into the code itself, if it is a first offense, the potential penalties can include up to six months in county jail and/or a monetary fine of up to but no more than $1,000. While there is the potential for more serious punishments, namely, the judge can technically force someone convicted under California Penal Code 647(b) to register as a California sex offender, this almost never happens in reality.

Known as the Prostitution Diversion Program (or simply, PDP), this diversion was established in 2008 through a collaboration between Los Angeles City Attorney Mike Feuer, Deputy City Attorney Sonja Dawson, Los Angeles Police Department Detective Bill Margolis, and the LAPD as a whole. In its current form, the diversion program allows first-time offenders, as well as potentially allowing repeat offenders, to enroll in the PDP program to avoid a harsher sentence. In order to take this diversion, the individual must first plead guilty to the charge. Then, they can accept the diversion path.

Depending on which side of the transaction an individual is on, the PDP program varies in terms of class hours and sessions. For a first time offender charged with attempting to pay for the sexual acts, colloquially known as a “John”, there is the PDP “John School,” which consists of a single, eight-hour class session. This is only available to first time offenders without a record of violence or domestic violence.

For a sex worker charged with solicitation, if it is a first offense, they are possibly eligible for an eight session PDP program. If this is not the sex worker’s first offense, then they could still be eligible for the PDP diversion, however it would only be for the 18 session, more stringent program. All those who qualify under this path must be assessed by an evaluator from the Journey Out Program, and they must not have more than two prior convictions. For all three class options, an HIV test is mandatory.

Once this program is completed, a certificate will be furnished upon the attendee, who will then return to court to demonstrate completion of the program. If the individual has no future arrests for one year, the guilty plea will be withdrawn, and the entire case will be dismissed.

While a complete dismissal of the case by taking a class and staying out of trouble seems like a great option for most people if it is offered, this is not necessarily the case for those with an uncertain immigration status. Even though under the laws of California a successful completion of the PDP results in a withdrawal of the guilty plea and a dismissal of the case, this is not how that process is viewed through the lens of federal immigration law. For our purposes here, we will be looking specifically at U-Visa applicants. Given the nature of those seeking a U-Visa, the specific complications of California Penal Code § 647(b) tend to intertwine themselves.

In immigration law, a U-Visa applicant, much the same as any individual seeking lawful status, is held to the grounds of inadmissibility as set forth in § 212 of the Immigration & Nationality Act (INA). An individual seeking a U-Visa must establish that they are entitled to such status by proving definitively that none of the grounds of inadmissibility in § 212 apply to them.

Perhaps even more stringently, even if a previous criminal conviction does not trigger any bars to admission under § 212 of the INA, the mere fact of having a criminal history will be counted as a negative factor when deciding the individual’s fate. Therefore, needless to say, something that may be treated relatively lightly in California, namely California Penal Code § 647(b), can have dire consequences when it comes to seeking a U-Visa.

Immigration and Nationality Act, Conviction Under Prostitution affect a U-Visa, and Crimes of Moral Turpitude

Beginning in 1996, the INA developed its own definition of what qualifies as a criminal conviction for immigration purposes. Looking specifically at how the INA defines a “conviction” when it comes to inadmissibility, INA § 101(a)(48)(A) states that the term conviction under prostitution affect a U-Visa applicant means, with respect to someone seeking official status, “a formal judgment of guilt of the alien entered by a court.” In addition, in the event that a judgment as to guilt has not been proffered by the court, a conviction can also be determined to be found in the following two scenarios: “(i) a judge or jury has found the alien guilty or the alien has entered a plea of guilty or nolo contendere or has admitted sufficient facts to warrant a finding of guilt, and (ii) the judge has ordered some form of punishment, penalty, or restraint on the alien’s liberty to be imposed.” With this substantially broader definition of conviction, it is clear that the INA and the common understanding of this term as used in California differ greatly.

Moving forward then with this broader definition of conviction as applied to evaluations of immigration issues, specifically U-Visas, INA § 212(a)(2)(A)(i)(I) states that in general, “any alien convicted of, or who admits having committed, or who admits committing acts which constitute the essential elements of a crime involving moral turpitude (other than a purely political offense) or an attempt or conspiracy to commit such a crime” is inadmissible. Likewise, according to INA § 212(a)(2)(A)(i)(II), an individual is inadmissible if they commit a violation of, or a conspiracy or attempt to violate, any law or regulation of any State, the United States, or a foreign country relating to a controlled substance.

How the INA Relates to California Penal Code 647(b)

So, what exactly does this all mean for someone applying for a U-Visa who is hoping to plead guilty to solicitation, enter the PDP program, eventually get their guilty plea withdrawn and their record sealed? Well, as discussed above, California, like many states, allows first-time and minor offenders to plead guilty but later withdraw the plea after completion of a diversion program. This also applies to some jail sentences and probation as well, depending on the crime.

However, unfortunately, these successful diversion programs and pathways to redemption don’t carry any water when it comes to federal immigration law. The Board of Immigration Appeals has deemed that the INA’s definition of conviction does not eliminate the conviction for immigration purposes like it does for statewide purposes. So, even if California considers the guilty plea to have been eliminated for all purposes, the conviction nonetheless remains a conviction for immigration purposes as long as the individual plead guilty and the court imposed some type of restraint on the defendant.

INA § 212(a)(2)(A)(ii) establishes that these exceptions apply only to the crimes of moral turpitude. Crimes involving controlled substances specifically are not afforded an exception.

Furthermore, the second exception granted for crimes involving moral turpitude, § 212(a)(2)(A)(ii)(II), applies if “the maximum penalty possible for the crime of which the alien was convicted (or which the alien admits having committed or of which the acts that the alien admits having committed constituted the essential elements) did not exceed imprisonment for one year and, if the alien was convicted of such crime, the alien was not sentenced to a term of imprisonment in excess of 6 months (regardless of the extent to which the sentence was ultimately executed).” This second exception is crucial for anyone facing charges under California Penal Code § 647(b). As noted previously, this offense carries with it a maximum sentence of six months in county jail and up to a $1,000 fine. As six months is below the upper limit allowed for the exception to apply, this means that California Penal Code § 647(b) does not necessarily preclude an individual from successfully applying for and receiving their U-Visa.

However, as noted, even if an individual’s criminal conviction history does not trigger the statutory bar to admission elucidated in INA § 212, the individual’s criminal history will still be seen as a negative factor that must be addressed and overcome in order to successfully be granted the U-Visa.

In addition to these two exceptions to crimes involving moral turpitude, there is an additional avenue available even if one of the INA § 212 inadmissibility grounds is triggered. A further section of the INA, INA § 212(d)(14), includes a broad inadmissibility waiver for U-Visa applicants. So, if an individual finds themselves inadmissible due to their criminal convictions or prior conduct, they can still submit a request for an INA § 212(d)(14) waiver on what is known as a Form I-192. The from and instructions on how to fill it out can be found here.

If you or a loved one in the Southern California area is accused of violating California Penal Code § 647(b) and is also trying to be granted a U-Visa or other legal immigration status, we invite you to contact us immediately for a free case review.