How do the Police Enforce a Restraining Order? 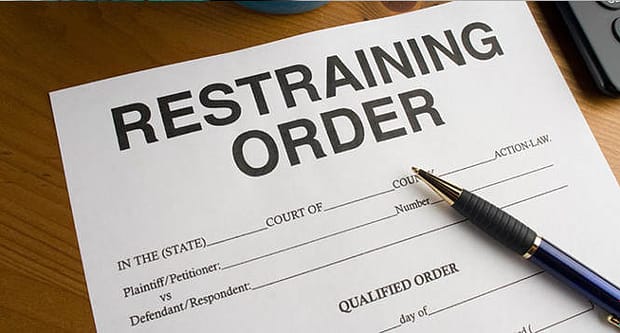 How do the Police Enforce Reporting a Violation of a Restraining Order?

How do the Police Enforce a Restraining Order? Alleged victims are told to report violations of restraining orders immediately. If the person that got a restraining order against you claims you violated the order, they will likely initiate the process by contacting the police. The police will ask for proof the restraining order exists, and then either serve you with papers to ensure you know you are prohibited from violating the order, or they will arrest you if you already have been served these papers.

Next, the alleged victim will start putting together evidence that you violated the order, by making a written claim of the incident, brainstorming potential witnesses, getting witness statements, exposing your texts or calls or emails or letters that may incriminate you, and obtain any medical records they needed as a result of contact with you.

Because restraining orders are legal documents and carry the weight of a court behind them, violations can result in substantial fines or even jail time. The District Attorney in charge of the case will have some discretion in handling the matter. The DA may not pursue the case if there is insubstantial evidence that you violated the order, or the DA will move forward with the charges if the violation is clearer.

California police and courts uphold restraining orders that are valid in other states, and law enforcement is actually required by law to treat it as valid. The alleged victim has the opportunity to take an out-of-state restraining order and get it registered in California, as well.

Fighting for the Police Enforce a Restraining Order

A restraining order must also be based on some legal foundation. If a judge issues a restraining order for any other reason, such as a personal vendetta against you, the order will be invalid, and thus unenforceable.

Defending Against to the Police Enforce Violation of a Restraining Order

Lastly, the order must have been violated intentionally. Contacting the person that sought the restraining order is strictly prohibited, as is going to a place you know they will be. However, running into that person by pure happenstance is not an intentional violation. You do not need to know in advance the person that wanted the restraining order against you will not be present in a place you intend to go. However, if you do run into that person by accident, it is required that you leave the area immediately and not communicate with that person in any way.

It is of the utmost importance that you seek the advice of an attorney in these types of cases. First and foremost, there may be a defense available to you, as described above, but articulating the defense is exactly what a defense attorney is trained to do in court in front of a judge. Negotiations with your district attorney may be important in your case, as well.

In addition, restraining order cases are the breeding grounds for false allegation claims. It is very easy to fall into a trap that results in you violating a protective order. The person that has the restraining order against you is allowed to contact you, but if you contact that person, you are in violation. It is important to remember this, because if that person can set you up to contact him or her, that person can then hand over call or text logs to police to prove you violated the order.

Did the police arrest you for violation of a restraining order in the greater Los Angeles area? We cannot stress enough the importance of consulting and retaining a lawyer to protect your rights, privacy and future.