How to Defend Against Police Surveillance at Protests and Rallies 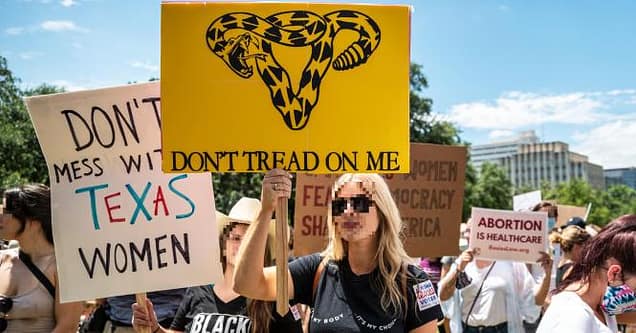 How to Defend Against Police Surveillance at Protests

The right to join fellow citizens in protest is one of the foundations of democracy and a cornerstone of the First Amendment. Unfortunately, law enforcement officials can use numerous tactics to infringe on the rights of protesters and thwart free public expression.

What do the police use for surveillance at protests?

Digital surveillance at protests and the ongoing surveillance of people’s online activities diminishes the rights of protesters, which are protected by the First Amendment. Below are the tactics used most commonly by police officers to gather information on protesters.

These computer-controlled camera systems take photos of vehicles and capture the exact time and location of a driver, along with their license plate number. Police can then use the data from the image to track those who attended, parked near, or left a protest.

These tools act like regular cell phone towers. However, the simulator’s advanced technology tricks cellular devices into connecting to them. Once cell phones connect to the network, the simulator can collect identifiable information. This information can be used to determine who attended a protest.

Cell-site simulators gather metadata and content of phone calls, personally identifying information, and data usage from cell phones. This technology is currently used in at least 24 states, including California.

Police officers wear body cameras to record incidents and document any use of force. As a result, the cameras also record and document people in almost all situations where an officer is present, creating a large amount of video footage that police can use to identify protesters.

Social media posts have become increasingly valuable to law enforcement. For example, officers monitor the use of certain hashtags, watch public and private accounts, and keep track of digital message boards when monitoring protesters at an event.

How to Defend Against Police Surveillance at Protest

For those of you heading to a protest, here is a guide on how to protect yourself from surveillance by the police. Protecting your privacy will keep you and your information safe, which gives you more potential opportunities to spread your message to others.

If you can’t leave your cell phone at home, you can still protect yourself from surveillance. The best way to keep any information stored on your phone private is to encrypt your device.

When you encrypt your device, your personal data, such as your Social Security number, usernames, passwords, and credit card information stored on the phone, will be indecipherable to anyone who tries to access it. Some apps, such as Signal, encrypt all texts and calls to protect the user’s privacy.

Another way to protect your cell phone privacy is to enable airplane mode. Airplane mode disables wireless signal transmissions to and from your device. It blocks your phone from connecting to WiFi or other cellular networks, making it much harder for your location to be tracked.

The police can use fingerprint recognition or Face ID to force people to provide access to their phones.

Suppose that the police detain you at a protest. If the officers find your cell phone, they can retrieve information by using your face or fingerprint to unlock the device. However, enabling a strong passcode will protect your information from any investigation attempts by police.

Coordinating your group by wearing similar clothing can help you hide your identity during the protest and keep you from being identified and tracked afterward. Dressing in dark, monochrome colors such as brown, black, or grey will help you blend into a crowd.

Wearing a mask or sunglasses can also conceal your identity, making it nearly impossible for police to identify you. This helps preserve your anonymity and protects you and your fellow protesters from being identified and surveilled.

Photos are essential to document and spread the message of your protest. However, metadata allows police to gather valuable information, such as the time and location a photo was taken. Instead, protesters can transfer the picture to a different device by taking a screenshot of the original photo, erasing the photo’s original metadata.

Do you believe your rights have been violated while attending a protest? If so, contact a Los Angeles criminal defense lawyer at Esfandi Law Group today.