What is an Indictment in a Criminal Case?

May 04, 2022 by Mikel Rastegar in Criminal Defense  Federal Crime 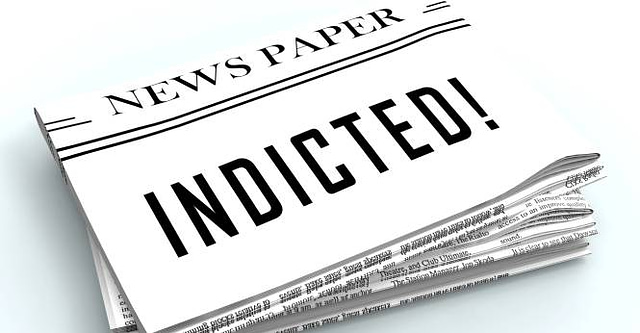 An Indictment Highlights The Charges

An indictment is an official document containing the charges that a defendant faces. It is a menu highlighting the charges that one is facing and the constitutional rights present for them. The rights follow due process, which are the legal procedures law enforcement must follow in the process of arresting suspects. The suspects must show this document every time they appear before the magistrate.

The 5th Amendment of the U.S constitution states that indictment is a right of all persons. No person can be charged with a crime without the official presentation of an indictment. However, not all states have indictment as a right for their suspects. Every state has its laws relating to indictment.

There are three main types of Indictments:

These are charges that remain private due to certain reasons, such as police involvement. Sealed indictments are rare and are characterized by high-end cases involving multiple choices. When these documents are opened, they are said to be unsealed indictments.

These are items and occurrences similar to those in the past leading to the ongoing conviction.

This type of indictment explains underlying facts available for the convict before moving towards the public conviction charges.

The indictment process begins with bringing together a grand jury. This jury is selected from a range of applicants who live within a jurisdiction. If someone gets enough evidence to establish a case, they are liable to have a grand jury. The jury always meets in secret; therefore, none of the parties is aware of their meetings. Their evidence is sealed unless a judge unseals it for a certain important reason. The discussions in a grand jury are kept a secret, with no word coming out from the meeting.

After the meeting, the jury may give several verdicts, including:

The Grand jury conducts an indictment with a felony being identified as a “count.” Grand jury proceedings determine the availability of evidence as a tool that can be used to charge people for their criminal offenses.

What Happens After the Issuing of an Indictment?

After one receives an indictment, if the person is a free citizen, then the law enforcers will arrest the person and take them to Jail as further investigations are being established, including a bail hearing. For those people who are already convicts, the Indictment will see them through the trial.

You should seek a criminal defense attorney for federal and state indictments. This should be first since indictments often happen when the convict is a threat to the national peace of the state. Hence they receive very harsh penalties that make them very vulnerable to receiving wrongful convictions. You may go through life imprisonment, being imprisoned for years, or receive a fine.

After a grand jury indictment, your probability of remaining in jail depends on the criminal charges you will face from your case. While relying on your criminal history, the prosecution can argue for your release. Remember, you still have the right to a bond hearing. In some instances, your attorney may agree with the prosecutor for you to be released. If this happens, you will be released on a home arrest be needed to have a GPS monitor, among other requirements the judge may mention during your release. The ultimate decision is on the judge, whether to grant you a bond or release you from jail as you continue with the criminal case.

How does a Bill of Information appear?

Are You Being Investigated for a Crime?

The Esfandi Law Group in Los Angeles defends people who have been wrongfully arrested or are being investigated for a crime. You need an experienced lawyer to fight for your freedom and your rights.