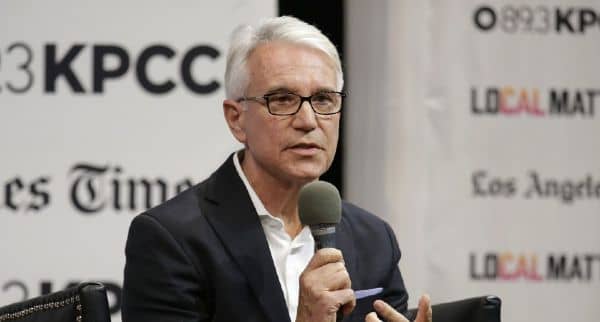 George Gascón is a Welcomed Change

When George Gascón announced his campaign for LA’s New District Attorney, he promised “a safer, more humane, more effective and far less expensive criminal justice system.” Some critics dismiss him as a politician angling for any opportunity. A closer look suggests he’s more likely an agent for change, willing to take the heat for breaking with traditions that don’t work.

Since he was elected, Gascón has taken bold steps including:

Without a cash bail requirement, it will make be easier to prepare for trial and fewer people will lose jobs pending trial. The shift away from prosecution of first time, nonviolent offenders will benefit many people, particularly poor and minority populations.

Gascón has also announced plans to:

Although he’s been a beat cop (LA County), the Chief of Police (Mesa, AZ) and the District Attorney (San Francisco County) Gascón’s story is far from ordinary. Consider:

+ He fled Cuba with his family, started high school in southern California without knowing English, dropped out before graduating, joined the Marines and eventually went to law school while working as a cop

+ As the San Francisco District Attorney he required department attorneys to watch “After Innocence,” a documentary about wrongful convictions overturned based on DNA evidence

+ In a TED talk filmed at Ironwood State prison, Gascón described the criminal justice system as failing the community, crime victims and offenders

+ He proposed Proposition 47, which resulted in the reclassification of nonviolent felonies as misdemeanors

+ After hearing a Harvard lecture about brain development in young adults, Gascón was inspired to collaborate on the creation of San Francisco’s Young Adult Court

+ As the Commander in Charge of training at the LA Police Department, he focused on ethics and critical thinking

+ He is a proponent of data systems for crime and arrest information, so that strategies and decisions can be evidence-based

+ As Chief of Police of Mesa, Arizona, he publicly denounced Sheriff Arpaio’s practice of targeting of immigrants

While many members of the police force and even some of his own attorneys question Gascón’s methods, his work parallels a reform movement gathering momentum across the country. Advocates have published a roadmap for this process, “21 Principles for the 21st Century Prosecutor“.

Gascón understands that dramatic changes alarm skeptics, but he asks for patience. Where crime and law intersect, controversy is guaranteed. His track record on ethics, science, data-driven decision-making, humane values and the elimination of discrimination based on race, finances or mental illness is promising. Almost everyone would agree the criminal justice system has failed on many fronts, for many years. Maybe everyone has something to gain by giving Gascón’s more nuanced vision of criminal justice a chance.

Have you been wrongly accused of a crime, or need to tell your side of the story? Hire the best Los Angeles Criminal Defense Attorney.

Our experienced and assiduous attorneys will be sure to fight for your innocence and achieve the desired results. The sooner you call us the higher your chances are to win your case.