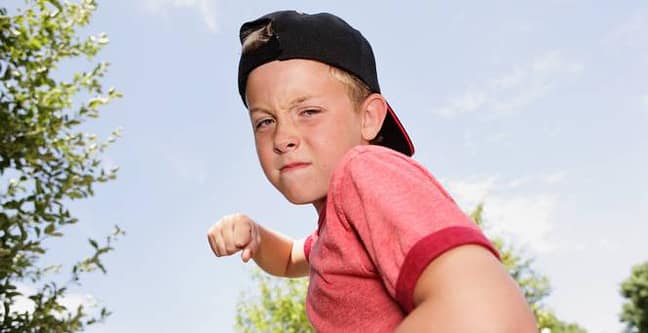 The Link Between Early Aggression and Criminal Behavior

Criminological theorists have been trying to find the link between early-life crime and adult criminal behavior and figure out why most aggressive kids don’t actually become adult criminals. In this article, we look at two theories that offer different perspectives linking early-life aggression with later-life crime.

The General Theory of Crime

Any person who displays most of these elements should be labeled as an individual with low self-control. So how exactly does this theory link early-life aggression and later-life crime? To fully understand this link, we have to look at self-control in children.

According to Gottfredson and Hirschi’s general crime theory, by the time a child is aged eight to ten years, they should have begun displaying a level of self-control. The parent, who is usually the main authoritative figure in the child’s life plays a major role in shaping and developing their child’s self-control level.

By the time a baby is around 18 months, a parent may notice they are developing aggressive behavior. Perhaps they have started hitting, pushing, or biting, other kids or even adults. It is also around this time that parents begin disciplining their children for their aggressive and otherwise incorrect behavior. Parents usually continue to do this until their child’s aggressive behaviors will begin to go down by the time they are five to eight years old.

Therefore by the time the child is around 8-10 years, they have usually developed certain levels of self-control. The good news is according to this theory, once a child develops a level of self-control at that age, they usually remain stable through the other phases of their life.

An adult with low self-control is more likely to participate in aggressive acts and criminals activities if the opportunity comes up.

Thus, any child who had does not develop self-control in their early life and displays aggressive behavior is likely to continue this behavior when they are older.

The Developmental Theory of Crime

Also known as the Developmental Taxonomy was developed by Terrie Moffitt in 1993. This theory links early life aggression and later crime by describing the life-course-persistent (LCP) offender. The LCP offender is the first type of offender described by this theory.

The LCP offender begins portraying antisocial behaviors such as aggression during their early life, and it tends to stick through adolescence and adulthood. So what creates the LCP offender?

According to Moffitt’s developmental theory of crime, two related factors create an LCP offender. The first factor is that the LCP offender needs to be born with neuropsychological deficits and the second factor is they are born into an abusive and emotionally detached family.

Combining the neuropsychological impairments this child is facing with a horrible environment where they are not taught to deal with their neuropsychological deficits healthy the child digs their hole further into their anti-social behavior and eventually completes their transformation into an LCP offender.

By the time they are adults, LCP offenders are participating in serious criminal activity.

There you have two theories that offer perspectives linking early life aggression and later life crime.

Seppi Esfandi utilizes and formulates a vigorous, personalized, and AFFORDABLE representation to accomplish the best possible outcome for all his clients.