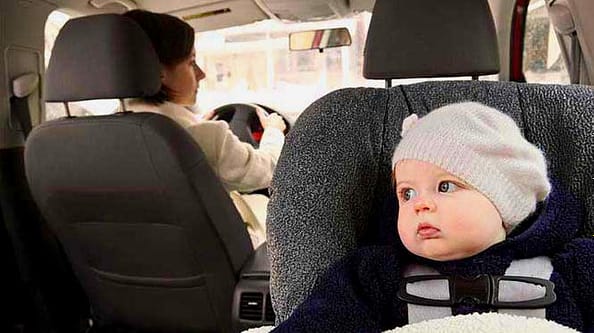 In California, “Driving under Influence” is a serious offense.

It’s made worse if a minor is accompanying you. You can get charged with DUI and child endangerment, both resulting in jail time and heavy fines.

In fact, even first-time offenses come with hefty consequences.

Below, we’ll discuss the punishments for DUIs with a minor, and the best course of action if you’re convicted.

First, a minor is anyone under the age of 18. But if you’re charged while having a child under 14 years, then you do run risk of greater sentences.

Offenders receive mandatory jail time based on their offense count, which is as follows:

All offenses are served in county jail.

Also, all the offense counts are counted as misdemeanors. However, the fourth offense is considered a wobbler offense, and maybe charged as a felony.

In that case, it comes with a risk of prolonged jail time and extra fines.

Lastly, your offense count is calculated across a ten-year period. So being a second-time offender means having two DUI offenses in a ten-year span, and so on.

What Can Get You Convicted?

Vehicle Code 23572 is what governs how DUI cases are handled.

If you’re charged with a misdemeanor while having a minor in car, then your sentence will get enhanced.

VC 23572 doesn’t look at your intentions, how intoxicated you were, and how responsibly you were driving. Instead, it looks at whether:

Those are the only factors that prosecutors look at when examining your case. If evidence persists, you may be convicted.

Child endangerment is a separate conviction from DUIs. It looks at whether a defendant willfully put a minor in a situation that would harm their welfare. Here, driving under influence falls under that definition.

In that case, you may receive one of three charges:

Do note that courts aren’t allowed to convict you of “regular” DUI with minors and child endangerment at the same time.

Only sentence-enhanced DUIs can be combined with child endangerment.

Another thing to note is the minor’s age. For child endangerment, any person younger as 18 counts as a minor passenger.

No, they’re actually rare. So it’s not something most defendants should be worried about.

Most prosecutors set aside child endangerment charges for very serious DUI situations, so it isn’t likely to apply for first-time offenders.

When judging if a defendant should receive a combined charge, prosecutors may look at the following factors:

Punishments for child endangerment are serious. They’re counted as a wobbler offenses, where they’re either treated as misdemeanors or as felonies.

You only get a sentence enhancement (from a regular DUI charge) based on recorded blood alcohol levels.

According to VC 23152(b), if it’s above 0.08, you can get charged with a sentence enhancement. If the test has lower results, the court cannot impose a penalty on you.

Otherwise, your best bet is to fight off the initial DUI charge, which can include one of the following defenses:

Only the best lawyers can argue those details in court, and to full-effect, and that’s what our law firm offers.

If you need a lawyer for a DUI case, simply contact us. We’ll guide to the best defense for your situation!

If you have been accused or charged with a DUI with a child passenger, you need an experienced DUI defense attorney who will fight for you. We invite you to contact us immediately for a free case review. Schedule an appointment to meet with us in person, or feel free to submit an evaluation online, and we will get in contact with you ASAP. Our experienced and assiduous attorneys will fight until the end to reduce or drop your charges completely. Contact us today and let’s get started!

Our criminal defense team will be sure to fight until the end to reduce or drop your charges completely.