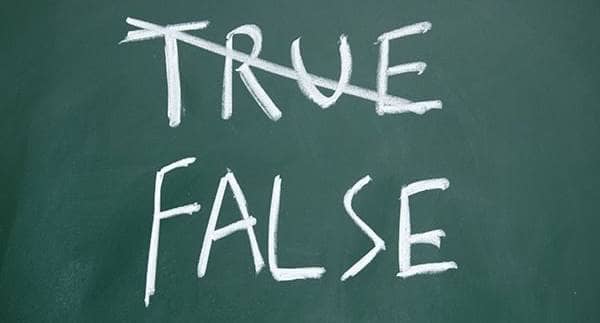 This is a very serious federal crime. To have a proper defense for this charge, you will need a licensed CA attorney and one that is licensed to practice in the United States Federal Court system.

Convictions for this can carry federal prison sentences.

What are Federal False Statements?

In simple terms, Federal False Statements are exactly what they sound like to a reasonable person; that is, these are statements that are false, misleading, untrue, and told by an individual to a Federal Agent.

However, it is a bit more complicated and involved than that simple definition. We will analyze in more detail below what it means to be charged with this crime and what the penalties can be if convicted.

Often, Federal Agents are involved in investigating complex “white-collar crimes”. There are many types of such crimes, but they usually include gathering a wealth of evidence from the Federal Government. In this particular situation, examples of Federal Agents are agents from the Federal Bureau of Investigation (FBI), the Drug Enforcement Agency (DEA), which is an agency of the Department of Justice, an agent with authority to investigate any matter within the jurisdiction of the executive, legislative or judicial branch of the United States, or any member of a federal agency with authority to conduct a criminal investigation.

It is important to note a few aspects of this particular crime:

Before delving into the statute and/or clause of the United States Constitution, which governs this crime, let’s discuss one crucial aspect. Many of these criminal investigations by federal agents are complex and cover a wide range of crimes. These agents are highly skilled and adept at obtaining evidence to help them solve their cases. They have access to all kinds of evidence such as emails, texts, letters, crucial documents, social media accounts, privately recorded conversations, and the like.

Thus, by the time they speak with you, or attempt to talk with you, you should know they probably have a lot more knowledge of what you may or may not know than you think. You may be tempted to “tell them anything,” so-to-speak, to avoid being associated with whatever it is they’re investigating. Suppose you are tempted to tell them anything that is false or misleading to their investigation, and you do. In that case, you will be convicted of the crime of Federal False Statements. Therefore, it is best to first find an experienced federal criminal defense attorney before speaking with a Federal Agent. As discussed further below, the attorney can assist and protect you when answering questions and giving statements to a Federal Agent that is investigating a criminal matter.

The elements for the prosecution to prove beyond a reasonable doubt for a successful conviction for this Federal False Statements are as follows:

Within the jurisdiction of the executive, legislative, or judicial branch of the Government of the United States, you are guilty of the crime if anyone knowingly and willfully:

As stated above, this is a Federal Crime, and the penalties can be severe. They can include time spent in federal prison, not California state prison, as well as a fine.

If you commit the crime, you can face up to five (5) years in federal prison.

If you commit the crime, but it also involves international or domestic terrorism, your sentence can be as long as eight (8) years in federal prison.

It is imperative that you get an experienced criminal defense attorney who knows and understands the nuances and intricacies of the law to help in your defense.

The main defense your attorney will assert for you is as follows:

Lack of “Knowing and Willful” Intent

The best defense an experienced criminal defense attorney will assert is that you did not “knowingly and willfully” make the false statements, whether those statements involve verbal statements, or material omissions, or the destruction or falsification of evidence.

Let’s go back to our previous example of Lou and Mary. Assume Lou has an envelope of documents that evidenced his involvement in securities fraud. However, he told Mary it was an envelope of “junk mail” that should be thrown away. If she throws it away, thinking it’s actual “junk mail,” she unknowingly threw away evidence that showed Lou had committed a possible crime. If the FBI agent later asks her if she ever destroyed or threw away material evidence to this case, and she says “No” (because she had no idea she threw away actual evidence of criminal activity), she is not guilty of Federal False Statements.

Because the prosecution has to prove the element of “knowing and willful” beyond a reasonable doubt, if the defense can poke a hole in that theory, this will help the individual charged with the crime. If there is no knowing and willful intent, the criminal defense attorney will understand the proper defenses. The criminal defense attorney will also be able to negotiate with prosecutors, and the government, to obtain a favorable plea agreement depending on the circumstances and ultimately have the charges dropped.

Finally, suppose you are questioned by a federal agent. In that case, the first call you should make is to an experienced federal criminal defense firm. These lawyers can assist you in preparing for questioning by the federal authorities and give you sound advice on how to answer some questions that can be intimidating for the interrogated witnesses.

Some brief examples an attorney can assist you with are as follows:

If you or a loved one has been charged with Federal False Statements, we invite you to contact us immediately for a free case review. Your freedom depends on finding an experienced defense attorney immediately. The sooner you reach out, the sooner we can work on getting your case drastically reduced or dismissed entirely.

Our experienced criminal defense attorney will be sure to fight until the end to reduce or drop your charges entirely.

Esfandi Law Group
Igor B.
May 25, 2017
5
–
I had a situation where I was facing some serious time. The charges would have ruined my life. Seppi came through for me and now it's not a problem. Very grateful.