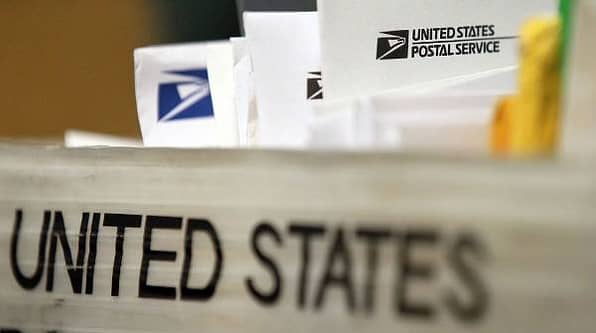 This crime can be a bit confusing to understand because of the various ways in which today’s advanced technology can assist in committing the crime.

For example, despite the words “mail” and “postal,” one does not need to use the actual United States Postal Service to be found guilty of committing this crime. Besides using the United States Postal service, this crime can also be executed using technology such as the Internet, radio, television, and private mail carriers like Federal Express. (As discussed in more detail below, “face to face/in person” communications do not result in convictions of this crime).

In general, fraud itself in California covers a wide variety of criminal meanings and offenses. As will be outlined in more detail below, for this particular crime, the fraud essentially involves the intent to knowingly or recklessly make a material representation or omission to deprive someone of something of value. Usually, people who commit these crimes are trying to deceive another individual to get money. However, the “value” being taken away can be other things such as real estate or any valuable personal property, such as original artwork.

This crime is considered a “White Collar” crime, which some mistakenly think is not a “serious” crime, or that these are types of crimes that do not carry lengthy prison sentences. In this case, that is not true. This is a Federal Crime in California, and the Federal Department of Justice then has the right to prosecute these cases.

Without getting into too much detail on this particular aspect, the “Commerce Clause” of the United States Constitution elevates this to a Federal Crime if the use of “mail” is used between states to carry out the crime. “Commerce” kicks in here because the whole idea of this crime is to deprive people of valuable items, such as money or real estate or personal property, such as artwork. To have a proper defense for this charge, you will need a licensed CA attorney and one that is licensed to practice in the United States Federal Court system.

What is Federal Mail Fraud or Postal Fraud?

The elements for the prosecution to prove beyond a reasonable doubt for a successful conviction for this Federal Mail Fraud or Postal Fraud are as follows:

As discussed briefly above, in terms of Mail Fraud, the fraud must involve a knowing or reckless misrepresentation of a material fact used to deprive another of something valuable to them. On a basic level, the fraud is similar to lying. And the “Value” is typically money. However, it also can be real estate property or items such as furniture, antiques, or artwork

It is important to note that the misrepresentation must be “important,” “substantial” and one that is used to deceive someone that has “ordinary prudence.” Essentially, the person must possess basic and reasonable “common sense.”

Assuming the same characters above, (the four brothers), let’s suppose they had agreed to buy a condo in some “exotic” part of the “world” but did not decide on one state or country. If Peter had said he found them a perfect condo on another planet besides earth, he would not be charged with the crime since no one with reasonable common sense would have believed him.

Federal Mail or Postal Fraud can also arise if someone not only tells a lie, but fails to disclose something that is true to deceive the other person.

Using the same family as our example above, assume the four brothers agreed to invest in the condo in CA, and Peter found the perfect condo. However, the other brothers agreed to each pay a portion, only if Peter used their trusted family friend “Mary” as the real estate agent. Mary originally agreed, and Peter told the other three brothers she agreed. However, now assume Mary changes her mind, backs out of assisting with the condo purchase, and only tells Peter. Peter then sends the letters in the mail asking for the money, but fails to mention that Mary no longer wants any part of the process.

He did not lie in the letter, but he left out a substantial piece of information which was misleading because the other brothers agreed to send the money only if Mary was going to act as their real estate agent in the process. By failing to disclose this material fact, he may be guilty of Mail Fraud.

It is important to note that no actual loss is needed to be convicted of the crime. This means that money or property does not need actually need to be taken for the person to be convicted of Federal Mail or Postal Fraud. Suppose no money was ever given when Peter was trying to deceive his brothers. In that case, he can still be convicted in the above examples.

While the above discusses the more typical form of Mail or Postal Fraud, which involves “Money or Property Fraud,” another type of fraud exists called “Honest Services Fraud.”
This occurs by people who try to deceive or defraud when they are in positions of power or trust, such as a government officials.

These two types of frauds involve the following:

As mentioned above, in the legal system, the mail is considered a form of “commerce between the states,” which means the “Commerce Clause” of the United States Constitution makes Mail or Postal Fraud a Federal Crime. Thus, “face-to-face” misrepresentation with the intent to deprive individuals of property or value does not apply to this crime.

Examples of Use of Mail

Before we look at defenses, let’s take one deeper look into the “intent” aspect of Mail or Postal Fraud. Someone can be found guilty of the element of “intent” if they may not have had a specific “intent.” However, they acted with a “reckless indifference” to the representations they were making to the individuals who may have been defrauded.

As stated above, this is a Federal Crime, and the penalties can be severe. They can include time spent in federal prison, not California state prison.

Federal Mail Fraud or Postal Fraud can carry penalties that include up to 20 years in prison, a fine, or both. Suppose the fraud involves a federal disaster or a financial institution, such as a national bank. In that case, one can face a maximum sentence of 30 years in federal prison.

Some people create fake aliases or addresses to avoid being caught in their schemes. Suppose this is unsuccessful and the person is discovered by law enforcement. In that case, this is a separate federal charge and carries with it a potential penalty of a 5 (five) year sentence in federal prison, a fine, or both.

If someone tries to commit this crime by writing a fraudulent letter and asks their friend to mail the letter, if the friend knows it is dishonest/fraudulent and reports it to authorities, the person who wrote the letter can still be convicted and face the same penalties.

Also, if five (5) friends conspire to commit this fraud, and attempt to use the mail to commit the fraud, but just one (1) or two (2) friends sends or receives the mails, all five (5) people can be charged with Mail Fraud or Postal Fraud.

This can be both a federal and state crime and is very serious. It involves making false or misleading statements that have any connection with the sale or purchase of securities. The laws are wide and cover many areas involving investment securities.

When the crime involves federal securities fraud convictions, imprisonment can be as long as 20 years.

This is a federal crime and similar to Federal Mail or Postal Fraud. The elements of (1) scheme to commit fraud and (2) intent, still apply. However, instead of the “use of mail” as described above, Wire Fraud requires the use of radio, television, or wire communications.

Sometimes, in elaborate or complicated schemes, the fraud may involve both the use of mail and wire fraud, and are often charged together.

Penalties can include 20 years in prison, a fine, or both. Again, if the fraud were to involve a federal disaster or a financial institution (like the aforementioned national bank), the prison time increases to a maximum of 30 years

This is also known as cybercrime. It acts as a “catch-all” term to include any fraudulent activity carried out through the internet, such as using emails to commit the fraudulent scheme. In these types of cases, a person accused of cybercrime can be prosecuted under the federal wire fraud statute. Other types of these crimes include hacking computer devices to obtain people’s financial information or credit card information to make unauthorized purchases or gain unauthorized access to people’s computer systems. These types of crimes can be prosecuted under federal or California State criminal law.

It is imperative that you get an experienced criminal defense attorney who knows and understands the nuances and intricacies of the law to help in your defense. To have a proper defense for this charge, you will need a licensed CA attorney and one that is licensed to practice in the United States Federal Court system.

The main defenses your attorney will assert for you are as follows:

The specific intent for fraud is essential in proving these cases for the prosecution. Your attorney will assert your lack of intent. Many times innocent people get involved in what may be a fraudulent scheme, but they have no knowledge that it has occurred. This is often the case in a business setting where a boss or supervisor may be involved in fraudulent activity. However, the employees have no idea it is going on, nor should they have any idea. Suppose you can demonstrate you did not intend for any fraud to be committed and should not have had any idea any fraud was being committed. In that case, the prosecution cannot prove this essential element of the case.

This defense is very beneficial and helpful in Federal Mail Fraud or Postal Fraud cases. These crimes can often be very complicated and involve facts that are difficult for innocent people to understand. Again, this often arises in businesses where employees simply are mistaken about key facts and do not have any way of knowing otherwise. An example would be making a representation in an email because your boss or supervisor instructed you to as part of your job, and you had no idea it was done for fraudulent activity. If this is the case, the prosecution cannot prove this element of the case, and you cannot be convicted of Federal Mail or Postal Fraud because you did not intend to deceive anyone.

If you’ve been charged with Federal Mail or Postal Fraud in the Los Angeles area, contact us today for a free consultation. Your freedom depends on finding an experienced defense attorney immediately. The sooner you reach out, the sooner we can work on getting your case drastically reduced or dismissed entirely. Call us now at 310‑274‑6529 for a free consultation.

Our experienced criminal defense attorney will be sure to fight until the end to reduce or drop your charges entirely.

Esfandi Law Group
Igor B.
May 25, 2017
5
–
I had a situation where I was facing some serious time. The charges would have ruined my life. Seppi came through for me and now it's not a problem. Very grateful.