What is a ‘Motion to Vacate a Judgment’ in Criminal Law? 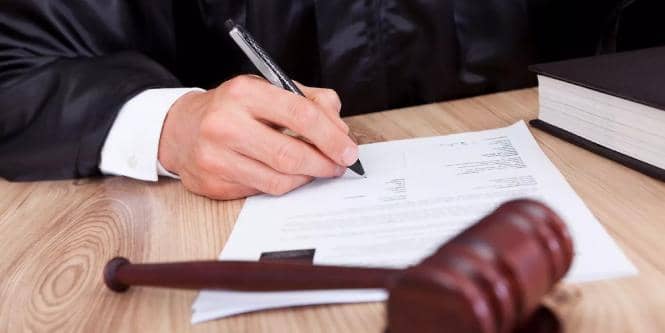 A written request to overturn a criminal conviction is called a “motion to vacate a judgment.” It is filed in California because Penal Code 1473.7 PC is the law there. People who are no longer in jail can file a motion to overturn a criminal judgment because of this law. The movement is mainly about a few main points. First, a prejudicial error made it harder for a defendant to understand, defend, or accept the terrible immigration effects of pleading guilty or nolo contendere, also called “no contest” Second, the motion could be based on evidence of actual innocence that was just found.

At the start of 2017, this law went into effect. Before, people who had been found guilty of a crime and wanted to get their sentences mainly overturned filed habeas corpus petitions. The problem with habeas corpus petitions is that they can only be filed if the charged person is in jail. The defendant can’t file a habeas petition after they’ve been let out of jail. Because of this, people allowed out of prison had no legal way to ask the court to withdraw their conviction. This made it hard for the court to look at the case again. People, therefore, were sent away even when there was a reason to overturn the original conviction. Some of these people were also affected by this because certain beliefs can make a non-citizen deportable.

PC 1473.7 helped close this gap in the criminal justice system by letting people get rid of a judgment after they got out of prison. This petition can be submitted if:

New evidence showed the person wasn’t guilty or the judge made a mistake.

Even though it doesn’t happen very often, PC 1473.7 allows people to challenge their convictions because new evidence has come to light. This could be new results from a scientific test (like a DNA sample), a confession by someone else that they did the crime in question, or facts that show the evidence used to convict the person was wrong (for instance, the contamination of a crime lab.)

In addition to finding new evidence, PC 1473.7 gives the court the power to throw out a sentence if it can be shown that there was “prejudicial error.” For an error to be seen as “prejudicial” by the court, the defendant must show that it made it harder for them to honestly understand and legally defend themselves against the immigration consequences of a guilty plea. To prove prejudice, the defendant doesn’t have to show that they would have gotten a better result if the mistake hadn’t happened. Instead, they must show that: They wouldn’t have pleaded guilty, or they wouldn’t have made a plea deal.

1473.7 of the Penal Code requires that motions be submitted with “reasonable care” after the following dates: The date on which the immigrant gets a notice to appear in immigration court; or the date at which an order of removal based on a conviction or sentence becomes final.

“Reasonable diligence” means without excessive delay once the immigrant finds or should have reasonably learned the evidence supporting the request to revoke. However, immigrants are not required to wait for an appearance notice before filing a 1473.3 petition. They may do so at any moment while applying for a green card, citizenship, or other immigration benefits.

Other Reasons to Get a Conviction or Sentence Overturned

Penal Code 1473.7 is not the only way to get a conviction overturned. A petition for habeas corpus is just one way to challenge a criminal conviction. Here are some other ways (but not all of them):

Related Article: What Is a ‘Writ Of Habeas Corpus’ in Criminal Law?