What Is ‘Negligent Homicide’? 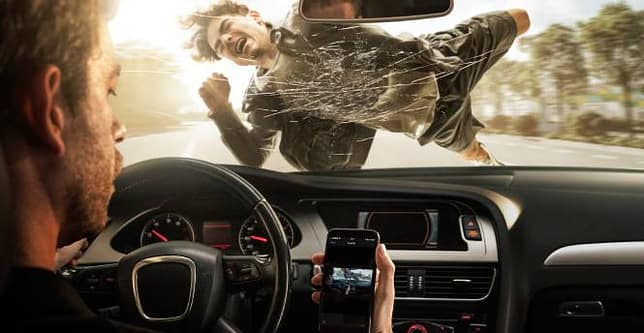 When a person loses their life, it’s not unusual for a seemingly harmless character to be prosecuted with manslaughter, even if the death was an accident.

Furthermore, it’s too common for prosecutors to magnify minor mistakes and maybe ordinary negligence into excessive negligence, carelessness, or even intentional intent.

The three types of manslaughter in California include;

In California, there is a distinction between manslaughter and murder.

Negligent homicide is a felony in which one commits a criminally careless act that results in the death of another person. Criminal defense attorneys frequently employ various legal methods to assist defendants in challenging negligent homicide charges. Among the most popular are demonstrating that the “victim” died by accident, so there was insufficient information to support a guilty conviction.

The key feature of involuntary manslaughter is no “purpose” is needed to kill someone. It is not the same as murder charges under California Penal Code 187, which necessitates ill intent. The law also does not cover conduct involving the use of a vehicle.

Someone can be indicted for vehicular manslaughter if they induce the death of another person while driving a vehicle by engaging in a negligent, criminal, or even lawful act that could result in death. Both vehicular and negligent homicide are accidental. The difference is that vehicular requires an automobile.

A vehicle driver can be brought up on charges of vehicular manslaughter in California if they cause an accident by breaking a traffic law, being negligent, or extremely careless, and someone dies as a result, regardless of whether the driver is under the influence of alcohol or not. Ample proof that the law enforcers have overlooked could be used to acquit you from these charges.

Intoxicated driving can be either a felony or a misdemeanor. It is charged by up to twelve months in county jail as a misdemeanor. A felony can result in a sentence of sixteen months, two years, or three years in state prison. Anyone found guilty of vehicular manslaughter with gross carelessness or for monetary gain will have their license revoked.

Voluntary manslaughter is defined as a homicide that fulfills the “purpose” or “knowing” degrees of intent but falls short of murder, unlike negligent homicide, which usually has no intention or knowledge to kill. It happens when the criminal is overcome by emotion in the heat of the moment as a result of unexpected events and loses his conscience.

Most jurisdictions demand that the trigger be one that would normally elicit blinding rage or anger in the wrongdoer. For example, if the culprit discovers their wife in bed with their closest friend and shoots one of them in wrath, a jury may rule that manslaughter is more acceptable.

The vast majority of negligent homicide cases are unintentional. Assume you or someone you know is accused of negligent homicide. You should consult with a criminal defense counsel to represent you against the claims. While most cases of involuntary manslaughter are occurrences in which a person did not mean to kill the victim, Los Angeles criminal legal specialists may be able to reveal the true reason for the victim’s death.

Involuntary manslaughter has always been a felony in California. Suppose you are guilty of violating Section 192 of the California Penal Code. In that case, legal penalties include two, three, or four years in a California state prison, criminal probation, and up to $10,000 in fines.

Being Charged, Need a Consultation?

Contact Esfandi Law Group to discuss how you can fight back after being charged with negligent homicide. Time is of the essence.