What’s the Difference between Petty Theft and Shoplifting?

February 08, 2022 by Madison Ferguson in California 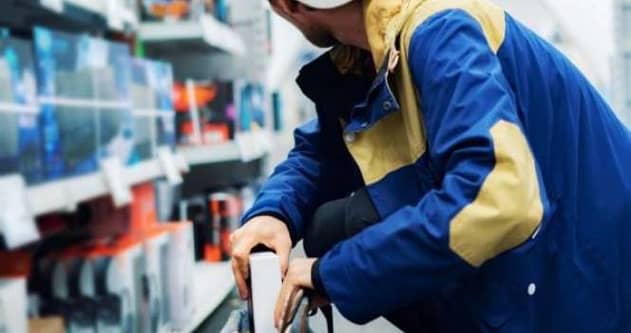 Most people usually consider petty, and shoplifting to be the same crime, especially considering how similar they are. However, under California criminal law, these two are regarded as, separate offenses.

Shoplifting and petty theft are some of the most common theft crimes committed in California. Both are labeled as misdemeanor offenses and will permanently appear in your criminal record.

In California, one can be charged with petty theft, under California Penal Codes 484(a) and 488 PC. These statutes state that petty theft occurs if it involves larceny of property worth $950 or less.

For the accused to be convicted for petty theft, the prosecutor must prove:

Now while larceny, is the most common way for someone to commit petty theft, you could still be accused of petty theft if you carry out:

Theft by false pretense – This kind of theft occurs when an individual acquires someone else’s property through false claims, representation, or pretense.
Theft by trick – This theft takes place when someone obtains another person’s property by misleading the owner into giving consent through fraud or deceit.
Theft by embezzlement – This type of theft offense happens when a person unlawfully or fraudulently misappropriates property or funds entrusted to them.

So, as long as the worth of the property taken through any of these means costs less than $950. It can be charged as petty theft.

If you are caught shoplifting in California, you will be charged under the California Penal Code Section 459.5. This statute describes shoplifting as entering an open business establishment during regular business hours with the intention of stealing property worth $950 or less.

Before November 2014, shoplifters would usually be charged under California burglary laws. Burglaries are typically charged as felonies. However, after Proposition 47 was passed, it created the shoplifting act, which is now charged as a misdemeanor offense.

For an individual to be convicted under California Penal Code 459.5 PC, the prosecutor will have to provide solid proof that:

One thing you should note about shoplifting charges is. You do not have to actually steal the property for you to be convicted for shoplifting, unlike with petty crime. So long as the prosecutor can prove you entered a business with the intent of stealing something, you can be charged under California Penal Code 459.5 PC. If the theft was a spur-of-the-moment action when the accused was already in the building. High chances are you will be charged with petty theft rather than shoplifting.

While shoplifting is usually charged as a misdemeanor offense, if you have a prior conviction in any of these crimes:

These will result in the defendant being charged with felony shoplifting. Which may lead to up to three years in county jail or a maximum fine of $10,000 or both.

Since both petty crime and shoplifting are considered misdemeanor offenses, they usually carry similar penalties:

The judge may also demand the defendant pay the victim restitution for the losses caused.

While both petty crime and shoplifting may seem not seem like serious crimes. They do appear in your criminal record if you are convicted and can muddy your future chances of getting a job or even renting a house in the future. Thus, if you happen to be facing any of these charges, do not hesitate to contact an experienced criminal defense lawyer like Seppi Esfandi to argue your case. Esafndi has a stellar record of successfully defending petty theft and shoplifting charges, making him the perfect person to get your charges dismissed or reduced.