‘Parent’s Right to Physically Discipline a Child’ or Child Abuse? 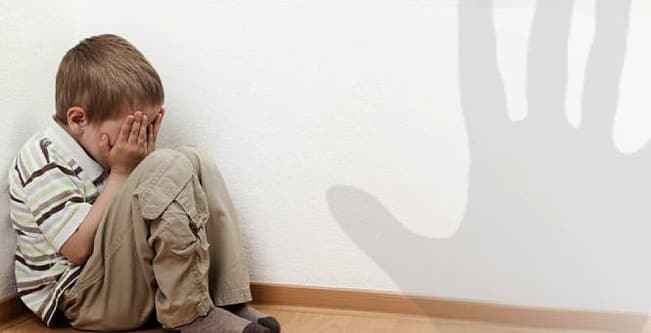 In days past, parents would whip out the belt or paddle or even their hand or a kitchen spoon to discipline their children with physical discipline. In today’s world, corporal punishment is much more frowned upon and can even result in criminal charges.

So, where is the line drawn between a parent’s right to physically discipline their kids in criminal law? Keep reading to find out.

What is Domestic Violence?

In California and around the country, domestic violence laws are in place to prevent — and punish perpetrators — for physical abuse that happens between family members, people living together, and people in romantic relationships. Since parents and children fall within California’s definition of “family members” to whom these laws apply, are parents who spank or use other forms of corporal punishment criminals?

Of course, some instances, such as serious injuries as a result of the punishment, make it abundantly clear that abuse occurred. Other instances are less clear.

Under California law, family violence is defined as:

(a) For purposes of this act, “abuse” means any of the following:

(b) Abuse is not limited to the actual infliction of physical injury or assault.

California Penal Code 273(d) defines child abuse as “willfully inflicting cruel or inhumane corporal punishment upon a child or injuring them in a way that leads to a traumatic condition.”

In most cases, parents are charged with abuse when they willingly and intentionally harm their kids. Other people in the child’s life can also be charged with child abuse, including daycare workers, babysitters, teachers, and so forth.

No matter the circumstances, the actions must meet the court’s standards of ‘cruel or inhumane corporal punishment.’ This tends to vary by court and judge. But, in general, abuse charges aren’t applied to accidental injuries, like a child breaking their ankle while playing catch with their dad. But, if the parent doesn’t respond accordingly to the child’s injury, they may be charged with neglect.

Is Spanking Legal in California?

Under California law, the punishment must fit the crime. So, spanking is legal as long as it’s justified for the situation and not excessive.

Courts look at the events that led up to the corporal punishment to determine whether or not it’s justified, and they’ll typically only step in if the spanking goes beyond what’s considered reasonable. If Susie’s daughter is acting up and won’t listen or breaks any other kind of reasonable household rule, so she gives her one or two spankings, the court would generally not consider this abuse. But, if Susie walks up to her daughter while she’s quietly watching TV or coloring and starts spanking, hitting, or inflicting any other kind of repeated violence on her, the court will likely deem that as abuse. In instances where a parent continuously spanks their child with a belt until they bleed, this will likely be considered abuse, and it’s important to meet with an experienced criminal defense attorney. The prosecution has a burden to clearly demonstrate how the parent’s actions are abusive, and there are several defense strategies a skilled attorney will deploy.

When You Need a Lawyer

If you are charged with child abuse in California, you can be convicted of a felony and sentenced to up to six years in state prison with fines up to $6,000. You can also lose your parental custody rights, be served a criminal protective order, and California Child Protective Services may step in if both parents have been convicted of abuse. If you’re in the U.S. illegally or on a visa or green card, you may also be deported.

Whether these charges were the result of a misunderstanding, an accident, or false accusations, it is imperative that you find an experienced Los Angeles criminal defense attorney. The team at Esfandi Law Group has more than two decades of experience ensuring parents get their day in court with their side of the story fully explained and even justified. Contact us today for a free case consultation.

Have you been accused of criminal charges? Were you wrongfully accused? Do you need your charges lessened or dropped? Then contact us at the Esfandi Law Group and allow us to help you argue your case. With over 21 years of experience handling all kinds of criminal cases. We have the needed skills and experience to analyze your case with a fine-tooth comb and create a compelling self-defense case.