What is ‘Pretrial Risk Assessment’? 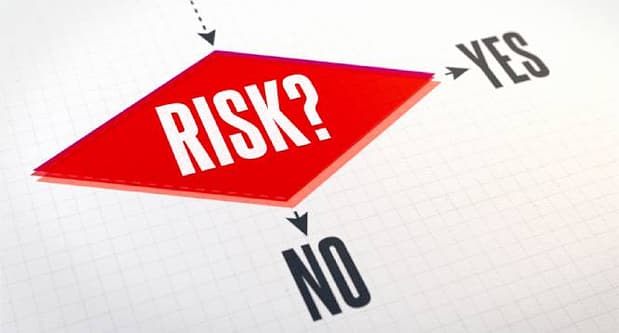 After an Arrest, Will I Be Allowed to Remain Free?

Getting arrested and accused of a crime is stressful, and scary. Suddenly, your freedom may be at risk, and depending on various factors including the seriousness of the charges, you could be taken into custody (also known as “remanded”) pending trial even though under the law, you are innocent.

In California, Sections 1320.7-1320.35 of the Penal Code outline the procedures that govern pre-trial status. In other words, whether you will be held in custody pretrial, or allowed to remain free. Generally, most people arrested for a misdemeanor are released immediately. Specifically, CA Penal Code 1320.8 PC states upon arrest for a misdemeanor, the arrestee shall be released immediately, or if taken into custody, within 12 hours. Notably, at arraignment, CA Penal Code 1320.17 requires the arrestee be released on the arrestee’s own recognizance or supervised own recognizance with “the least restrictive nonmonetary condition or combination of conditions” that will assure public safety and the arrestee’s appearance in court.

If the arrested person is not eligible for immediate release, section 1320.9 requires a review by Pretrial Assessment Services to conduct a risk assessment.

What is Pretrial Assessment Services?

The goal of Pretrial Assessment Services (PAS), is to make risk predictions and identify a risk score or risk level. Specifically, PAS is considering:

To make this determination, PAS will consider the following: 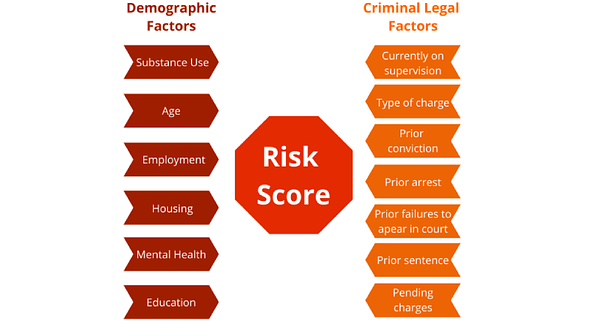 When an arrestee has been identified as low risk or medium risk and released on the arrestee’s own recognizance, the arrestee will be required to agree to the following:

However, there are also certain charges and circumstances articulated in CA Penal Code 1320.10 (e) PC in which PAS may not release the arrestee on the arrestee’s own recognizance. Not surprisingly, the legislature has identified specific factors that suggest the arrestee will not appear in court as directed or is a risk to public safety.

What is a “Validated” Pretrial Risk Assessment?

In other words, the assessment instrument must be based on scientific research that has been deemed accurate and reliable in assessing an arrestee’s risk of failing to appear in court and risk to public safety if released pretrial.

In order to make a determination of low risk, medium risk or high risk, the Pretrial Risk Assessment considers criminal history, as well as data based on socioeconomic and demographic information. While the overwhelming vast majority of counties in California use a Pretrial Risk Assessment to make risk indicators, there has been significant criticism of the methodology because the data may be racially biased.

For example, according to a report by the Public Policy Institute of California published in December 2019, one criticism is that some factors, such as past criminal arrests, conviction and incarcerations as a risk predictor fails to consider the research that finds racial minorities are overrepresented in the criminal justice system not only because of individual behavior, but because minorities are subject to greater surveillance and arrest by law enforcement.

Notably, CA Penal Code 1320.24 PC requires California Rules of Court Rules and forms to specify the elements of “validation” in the risk assessment tools and “address the identification and mitigation of any implicit bias in assessment instruments.” To some degree, this may reduce the chance of racial bias in the pretrial risk assessments.

What Happens to High Risk Arrestees?

If an arrestee is found to be high risk by PAS, the arrestee may not be released without court approval. Specifically, CA Penal Code 1320.13 PC requires a court determine whether an arrestee may be released or be remanded pretrial. Upon a court’s review of the facts and circumstances, and with “significant weight given to the recommendations and assessment of Pretrial Assessment Services,” the court must release the arrestee on the arrestee’s own recognizance or supervised own recognizant unless the prosecution files a motion for preventive detention. The only grounds on which a motion may be filed are:

What is a Preventive Detention Hearing?

A court will conduct a Preventive Detention Hearing upon the prosecution’s motion. Moreover, under California law, the court must conduct a hearing at arraignment or within three days if the arrestee is detained. This hearing must be completed in one session unless there is a good cause since the purpose is to determine whether an arrestee should be detained pretrial. According to CA Penal Code 1320.20 PC, there is a rebuttable presumption that the arrestee should be detained in the following situations:

Notably, since the Preventive Detention Hearing may occur at arraignment, the court shall also make a whether there is probable cause that the arrestee committed the charged crime. To make this determination, the rules of evidence are relaxed. Also, the arrestee has the right to testify at the hearing, as well as other constitutional protections afforded by the U.S. Constitution and California Constitution.

Factors that the court may consider in the Preventive Detention Hearing include:

If you have been charged with a crime and are at risk of pretrial detention, it is important to contact a skilled criminal defense attorney right away.

Seppi Esfandi is an Expert Criminal Defense Attorney who has over 21 years of practice defending a variety of cases.