What Does it Mean to Recant a Confession to the Police? 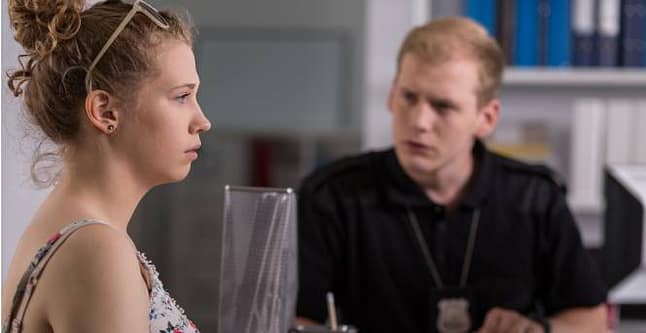 Recanting a statement means you want to withdraw, or take back, a previous statement that you made to the police. The consequences of deciding to recant your statement will vary depending on your situation. A person retracting a statement should keep the following factors in mind when making a recant.

The fact that a plaintiff recants a previous testimony to the police does not guarantee that the accusations against the suspect will be abandoned or withdrawn. Such is often the case in domestic violence cases.

Why Would Anyone Recant Their Statement?

The prosecution may lose the support of victims and witnesses, probably because they are willing to forgive the accused and do not want to see them go through legal processes or fear reprisals. It is not the same as that person saying that they have lied. If a witness admits to lying, they may be arrested and prosecuted for perverting the course of justice.

The statement of withdrawal of support should include the following information:

Statements of support withdrawal can then get utilized as evidence in present or future criminal procedures and the family court system.

Either of these scenarios and many more might cause a witness to wish to retract their statement:

Recanting Your Statement As a Defendant

The court’s decision is frequently unaffected whenever a defendant seeks to retract a statement. A criminal who confesses to police may subsequently desire to retract their confession. The court will almost undoubtedly decide that the initial statement is still acceptable as proof of the defendant’s guilt.

On the other hand, the defendant might claim that they made a forced testimony. Several documented incidents of police intimidation led to innocent persons confessing to crimes they were not guilty of committing. To get your initial confession invalidated, your criminal defense attorney would most likely investigate the cops to whom you confessed.

Penalties for Providing False Information to the Police?

Someone can make a police statement for certain reasons, including legitimate reasons, getting another person in trouble, or for revenge. You can be charged with making a false claim against someone if you do it intending to get them into trouble.

Under California Penal Code 148.5, the crime of false reporting a crime is a misdemeanor. The prosecution must establish that you reported to a peace officer, district attorney, or deputy district attorney that a felony or misdemeanor had been committed and you knew the report was false. If convicted of this crime, you face up to six months in county jail and a $1,000 base fine.

After your arrest, there may still be an active investigation, a pre-trial hearing, and a series of options to have the charges dropped or reduced depending on the evidence discovered. The defense of your case does not begin on the day of trial.

If the jury must hear in court, the below are some of the legal defenses open to you:

You believed it to be true the moment you made the report. Lawyers may be able to argue you had a reasonable belief the report was accurate or had no reason to believe the information was not correct.
Someone coerced you to make a false report. You may be able to allege that you were pressured into filing a false police report of a crime in some situations. It may happen if you were compelled to claim a car theft in order to receive insurance fraudulently. If our attorneys can demonstrate that “compulsion” was used, you may be able to escape a conviction.
You did not submit a fake report. In certain situations, the police would overstate the facts against you. In some circumstances, your attorney may be able to argue that the information you supplied in the police report was correct. You will not be guilty of filing a false police report of a crime if we are successful.

While it is up to the prosecution to prove your guilt, a strong defense is preferable to none.

If you or someone you know is looking for legal representation in civil or criminal court, the attorneys at Esfandi Law Group can provide you with the answers you need.