Reducing ‘Assault with Deadly Weapon’ from a Felony to a Misdemeanor 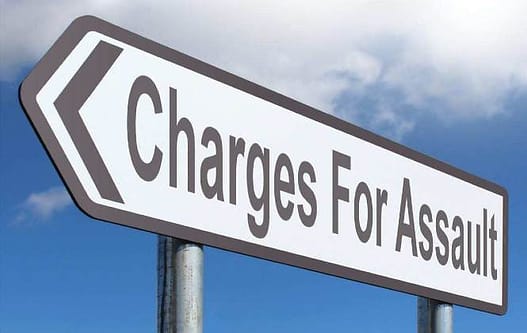 You Don’t Want this Charge

Assault with a Deadly Weapon in California

defines assault with a deadly weapon as the intentional use of force coupled with the capability to perform the threat of harm with a weapon or a force that can inflict a considerable physical injury or death to another person.

In a nutshell, the alleged offender’s actions must have been done on purpose. The offender must also have the ability to cause harm at that moment, meaning that while they don’t necessarily have to intend to use force against someone, they do have to beware that the ability to use force under the current circumstances will likely harm another person.

In the context of “with a deadly weapon”, the “application of force” refers to touching someone else in an offensive or harmful way. This touching can be indirect by initiating contact with another human or object. The term “another person” doesn’t just refer to the person’s body. It can also refer to their clothing and anything attached to them. A deadly weapon is any weapon, object, or instrument that is inherently lethal or has the potential to be used in a way that can cause death or considerable injury to someone else.

To be convicted of assault with a deadly weapon, prosecutors have to prove:

In criminal law, many charges are known as what’s called “wobblers”— or a statute that can be treated as both a misdemeanor or felony. As we mentioned, in California, assault with a deadly weapon is one of those charges that can be charged as either a misdemeanor or a felony.

The sentence for a wobbler charge will indicate that it is punishable by jail or prison.

Whether the district attorney decides to file a charge as a misdemeanor or felony has the potential to have a devastating and life-altering impact on the defendant’s life as they face years in prison if the felony charge is filed.

Whether the district attorney decides to file a charge as a misdemeanor or felony has the potential to have a devastating and life-altering impact on the defendant’s life as they face years in prison if the felony charge is filed.

As you likely know, misdemeanor charges for assault with a deadly weapon come with much lighter penalties, like:

So, how do you reduce an assault with a deadly weapon charge in California to a misdemeanor?

So, how do you reduce an assault with a deadly weapon charge in California to a misdemeanor?

Nobody knows the intricacies of the laws like criminal defense attorneys do. When you depend on a defense attorney to represent you, you are guaranteeing a better outcome for your case. Your attorney will come up with a strong defense for you. An attorney has many different strategies to pull from that can prove the defendant is being falsely accused of assault with a deadly weapon based on each case’s unique circumstances, including:

Self-defense is an extremely common defense used to fight assault with a deadly weapon charges. In order for self-defense to be effective in a defense case, the attorney must prove the force the defendant used against the alleged victim was within reason under the specific circumstances the defendant was facing. A significant part of this is to show the defendant was in immediate danger or already suffering bodily injury and fearing for their life.

If the criminal defense attorney is able to show that the defendant wasn’t at the scene of the crime when the alleged assault happened, the assault with a deadly weapon charge will likely be dropped.

Another legal defense is that it is factually impossible that the defendant’s act meets all of the elements of the crime in question. A skilled criminal defense attorney can use factual impossibility as a valid defense if:

This is an extremely important element of defense strategy in assault with a deadly weapon cases. Attacking witness or “victim” credibility can be done by questioning the witness or victim’s capability to accurately remember the events leading up to the crime. An experienced attorney will attack a witnesses’ credibility by challenging their memory of the events, challenge a witness’ sobriety level at the time of the incident, and whether they may have used drugs the day of the event. A proficient assault with a deadly weapon attorney will also explore whether any witnesses were actually in a feasible position to accurately witness what they are claiming they saw. An attorney will do this by questioning their eyesight and whether the area was well-lit or pitch black.

How We can Help

There are many more defenses, techniques, and strategies that the team at Esfandi Law deploy to fight for their clients in assault with a deadly weapon charges. Contact us today, and let’s get started building a strong case.