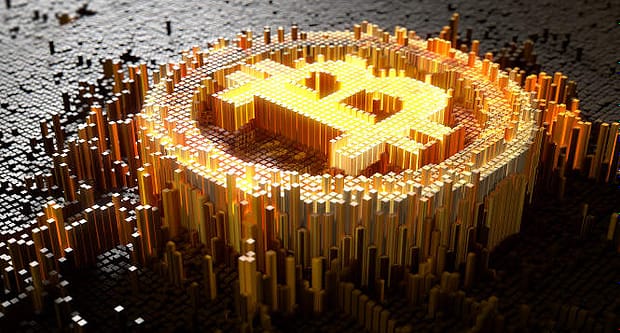 What Determines Restitution in a Federal Criminal Cryptocurrency Case?

Restitution means different things depending on the type of proceeding in which it is being considered. For our purposes here, we will be discussing restitution as it applies to federal criminal cases. In such circumstances, restitution is a penalty that can be imposed during sentencing.

Most often, restitution requires the returning of stolen goods to the victim or some sort of payment to a victim for any pain or suffering endured.

In all circumstances, restitution looks to statutes first and foremost for guidance. For our purposes here, in our discussion of cryptocurrency theft, the relevant statute is the Mandatory Victim Restitution Act (or “MVRA” from here on out), 18 U.S.C. § 3663A. The MVRA is the ruling statute that governs restitution in a Federal criminal cases involving Cryptocurrency an offense against property, which the theft of cryptocurrency qualifies as. Under the dictates of the MVRA, restitution is mandatory for offenses that result in “damage to or loss or destruction of property of a victim of the offense.”  See 18 U.S.C. § 3663A(b)(1).

What Types of Restitution are There for Cryptocurrency?

Hughey v. United States notes that the “meaning of ‘Restitution in a Federal Criminal Case Involving Cryptocurrency’ is restoring someone to a position he occupied before a particular event.” 495 U.S. 411, 416 (1990). Looking to Hughey v. United States again, the Supreme Court states, “As in all cases involving statutory interpretation, we look first to the language of the statute itself.” Id. at 415.

Therefore, looking at the Mandatory Victim Restitution Act (“MVRA”), there are two avenues of potential repayment presented in order to make an individual whole for cases involving theft of property, like in a case involving the theft of cryptocurrency “coins”. As noted in 18 U.S.C. § 3663A(b)(1)(A), the order of restitution for an offense resulting in damage to or loss or destruction of property shall result in the “return of the property to the owner of the property or someone designated by the owner.”

This logic is backed up in a case involving the theft of diamonds where the court held that the defendant should be ordered to pay the value of the diamonds on the date of loss or the date of sentencing. United States v. Angelica, 859 F.2d 1390, 1394 (9th Cir. 1988). In general, defendants, not victims, bear the risk of loss and market fluctuations. Robers v. United States, 572 U.S. 639 134 S. Ct. 1854, 1857-1859 (2014) (holding defendant in mortgage fraud case responsible for losses associated with “[m]arket fluctuations”); United States v. Rhodes, 330 F.3d 949, 953-54 (7th Cir. 2003) (upholding restitution order requiring defendant to bear losses arising from employer’s immediate liquidation of defendant’s unauthorized investments).

So How should Cryptocurrencies be Treated?

Since their inception, cryptocurrencies have been slightly confounding to people, especially when it comes to how best to categorize them. To shed a little more light on this, on March 6, 2018, Honorable Jack B. Weinstein of the U.S. District Court for the Eastern District of New York upheld the notion that cryptocurrencies, such as Bitcoin, are, despite their unconventional form, in fact commodities and should be regulated by the U.S. Commodity Futures Trading Commission (CFTC). In fact, the CFTC has unofficially considered cryptocurrencies commodities since 2015.  However, this March 6 decision was the first time a federal judge had officially confirmed this assumed position.

A cryptocurrency is similar to a fungible commodity then, which does contain a precise market value, but it is not necessarily then a unique “item” per se that can actually be physically returned, like a gold Krugerrand or a diamond. Because a stolen “coin” of cryptocurrency then is not a type of property that can be returned in any real sense, a defendant finding themselves in this position would most likely find the path of returning the item to make the victim whole walled off. Therefore, instead, the accused individual would be responsible for paying back the greater of the value of the property on the date of the loss or the value of the property on the date of sentencing.  18 U.S.C. § 3663A(b)(1)(B).

Is the Property Valued On the Date of Loss or Sentencing?

In the two most prominent Ninth Circuit cases related to this issue, United States v. Angelica, which dealt with the theft of diamonds, and United States v. Gordon, which involved the theft of stock, the Ninth Circuit held that the value of stolen property should be measured as of either the date of loss or the date of sentencing. In order to choose between these two options, the MVRA requires that the court go with the greater of these two values.  In Gordon, which involved the embezzlement of a third-party company’s stock from an employer, the Ninth Circuit held that the district court was well within its discretion in using the stock’s average closing price during the elapsed time period in order to determine the average and appropriate value of the loss to the victim.  393 F.3d at 1051-1054.   Therefore, the Ninth Circuit upheld the idea that the restitution should reflect the employer’s “lost opportunity” to sell the embezzled shares at higher prices over the period consistent with the fluctuations in the stock price, going against the defendant’s argument that the date of the loss should only be the date of the embezzlement itself.

What Are the Counter-Arguments to This Analysis?

Looking to the analysis in United States v. Gordon, the facts of this case seem distinguishable enough from that of the taking of a cryptocurrency as to make the arguments above not completely settled or determinative. In a situation where it cannot be determined if the victim was planning on selling the asset but for the theft, or if in fact it could be positively proved that the asset was going to be held as an investment for a long period of time, the above analyses are less helpful. This exact scenario is addressed by Justice Sotomayor’s concurring opinion in Robers v. US, 134 S. Ct. 1854 (2014).

To clarify this point, the Court goes on to say:

Using this framework as provided, it is clear that cryptocurrency could potentially be interchanged for money as used by the Court. As a fungible asset, the Court notes that the return of money does not necessitate the exact return of the same bills or checks. It would stand to reason then that returning cryptocurrency “coins” would follow the same logic, so long as the coins were in fact returned. Also, using the example provided of the jewel thief, the jewel thief would need to pay a dollar amount equal to the value of the jewelry obtained minus the value of the jewelry that was returned. However, this example presupposes that the thief was only able to return some of the stolen jewelry. If all of the stolen jewelry could be returned, then that would presumably change the situation. When looking to cryptocurrency, one could make the same argument if all of the cryptocurrency “coins” could be returned. Given the definition in 18 U.S.C. § 3663A(b)(1)(A), as examined by the Court here, the difference in value needs to be made up if the original items cannot be returned. However, in fungible commodities, the actual physical original items need not be returned either to satisfy this requirement. Therefore, using this logic, if the defendant returns all of the original cryptocurrency coins, there is no further action needed under this analysis.

Furthermore, Justice Sotomayor’s concurrence provides persuasive arguments applicable here. Justice Sotomayor writes, “I join the opinion of the Court. I write separately, however, to clarify that I see its analysis as applying only in cases where a victim intends to sell collateral but encounters a reasonable delay in doing so.” Id. at 1859-1860. Justice Sotomayor adds, “If a victim chooses to hold collateral rather than to reduce it to cash within a reasonable time, then the victim must bear the risk of any subsequent decline in the value of the collateral, because the defendant is not the proximate cause of that decline.” Id. at 1860. While this scenario she describes is inapplicable to the case in Rober, Justice Sotomayor notes that, “In other cases, however, a defendant might be able to show that a significant delay in the sale of collateral evinced the victim’s choice to hold it as an investment rather than reducing it to cash.” Id. If there is no evidence available or presented to show that there was ever any intention to liquidate the cryptocurrency as opposed to holding onto it as an investment, then any diminution in value alleged is not the proximate cause of the defendant and instead the natural flow of market fluctuations.

Regardless of Justice Sotomayor’s concurrence, the Court in Rober provides ample support for the proposition that a return of the asset in question in line with the language of 18 U.S.C. § 3663A(b)(1)(A) is satisfactory and does not require further analysis under 18 U.S.C. § 3663A(b)(1)(B). If a defendant is willing to return all cryptocurrency assets in question in a given matter, it is possible that this could be viewed as a complete satisfaction of the requirements of the MVRA in full.

Conclusion for Restitution in a Federal Criminal Case Involving Cryptocurrency

Cryptocurrencies are still a rapidly evolving and exciting new commodity. While there is no exact, analogous asset to use as a stand-in in order to evaluate how to treat the theft and restitution of such an asset, the analysis provided above is a good start to beginning to understand the complexities of this issue.

If you or a loved one has been charged with the theft of an asset like a cryptocurrency in the Southern California area, we invite you to contact us immediately for a free case review.