What Crimes are Associated with ‘Road Rage’? 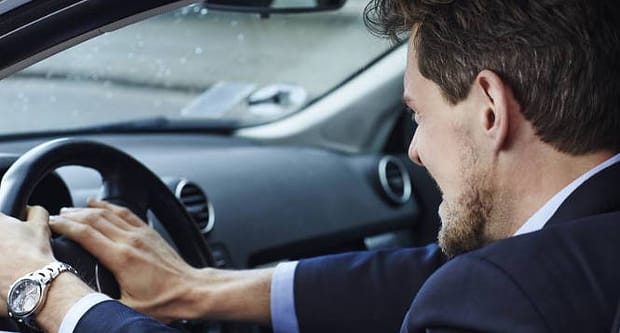 What Crimes are Associated with ‘Road Rage’? Road rage often boils down to an accident or some kind of confrontation between drivers. These confrontations have a tendency to turn violent.

Los Angeles was ranked the #1 city in road rage incidents in America.

Contrary to most people’s belief, road rage isn’t usually associated with alcohol or drug related driving. More times than not, the driver is a sober male driving so recklessly that he causes an accident. In the most extreme cases, in an example of true road rage, he will “hunt another driver down” and then deliberately attempt to cause injuries to the other driver.

Aggressive driving is unfortunately contagious – many drivers respond to aggression with aggression, and this not only endangers the drivers involved, but also every other motorist around them. Sadly in many cases, it’s the completely innocent people that just happen to be in the wrong place that end up injured.

What is Considered ‘Road Rage?

Road rage means that someone deliberately tried to harm you as a result of something that happened while you were driving your car. Road Rage is the most serious form of aggressive driving and is much more likely to result in road traffic accidents, criminal acts against others, injuries, and possible fatalities.

The following actions are generally considered acts of road rage:

Of course there are countless more possibilities, but these are the most common.

It’s always safest to drive defensively and refrain from retaliating against other drivers who may frustrate you. Even if someone is driving recklessly, do not assume that you can “teach them a lesson.” Instead, do your best to avoid the reckless driver.

The law in California does not recognize “road rage” specifically as a crime in-and-of itself, but California is one of the few states that specifically has added sections to combat the growing number of road rage incidents. It can certainly lead to these criminal acts:

If the incident results in severe bodily harm or death, extra charges can be added including manslaughter or mayhem.

Avoid Being a Victim Because Crimes are Associated with Road Rage

Since you never know the mental state of other drivers and their anger levels, you’re better off not engaging them in any way. Keep in mind the following safety tips to avoid becoming a victim of road rage:

Did the police arrest you for crimes associated with Road Rage? We cannot stress enough the importance of consulting and retaining a lawyer to protect your rights, privacy and future. We’re here to help.

Seppi Esfandi is an Expert Criminal Defense Attorney who has over 17 years of practice defending a variety of criminal cases.