What is “Seditious Conspiracy?” 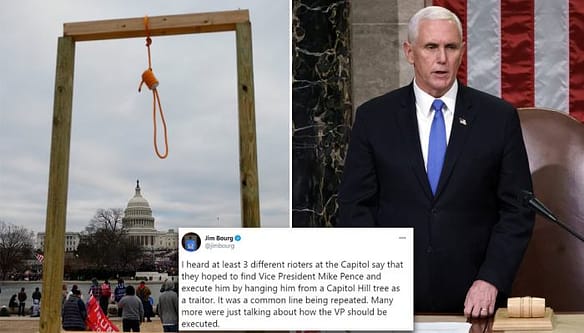 Conspiring to Overthrow The Government

Sedition has been defined as a conspiracy to engage in an unlawful act, such as treason or insurrection.

In other words, if two or more people have plans to take over the government, they may be charged with seditious conspiracy.

A notable example is the attempted takeover of the U.S. Capitol by the ‘Proud Boys’ and others on January 6th, 2021. This is the greatest example in the United States history of someone trying to seize the federal government. Fortunately, their efforts were not successful.

Elements of seditious conspiracy include:

The government must prove that the defendant in fact conspired to use force. The mere fact of suggesting the use of force is not the same thing and in most cases is protected as free speech under the First Amendment.

For example, if a person suggests “a revolution by any means necessary”, it is not an attempt to conspire to overthrow the government. However, the actual planning which may consist of intentionally opposing law enforcement, disturbing weapons and planning an intense plans for the their attack which may be used to overthrow the government may be considered a seditious conspiracy.

There must be some sort of planned action for seditious conspiracy to be validated.

Sedition differs from treason (defined in Article III of the U.S. Constitution) in a fundamental way. While seditious conspiracy is generally defined as conduct or language inciting rebellion against the authority of a state, treason is the more serious offense of actively levying war against the United States or giving aid to its enemies.

Seditious conspiracy often occurs before an act of treason.

January 6th is the most notable example of a seditious conspiracy. President Donald Trump, angry and distraught over the 2020 presidential election, attempted to disrupt the peaceful transition of power to Joe Biden by having Mike Pence refuse to certify the election results. This is after he had exhausted his efforts legally in the courts, losing dozens of cases.

Mike Pence did not refuse the transfer of power, and the angry mob of seditionists marched to the Capitol chanting “hang Mike Pence”, subsequently seizing the Capitol building. Some even smeared feces in the hallways.

Nine people lost their lives as a result of January 6th.

Trump was adamant about the continuous false claims of election irregularities and said, “If you don’t fight like hell, you’re not going to have a country anymore.”

This was the worst attack on the presidency ever know in American history, and it is still being written as the January 6th hearings continue.

‘Seditious Conspiracy’ is a serious felony punishable by significant fines and up to 20 years in federal prison.

You’re Going to Need a Lawyer

Using an attorney-backed defense is the best option to get your charges dropped or reduced.