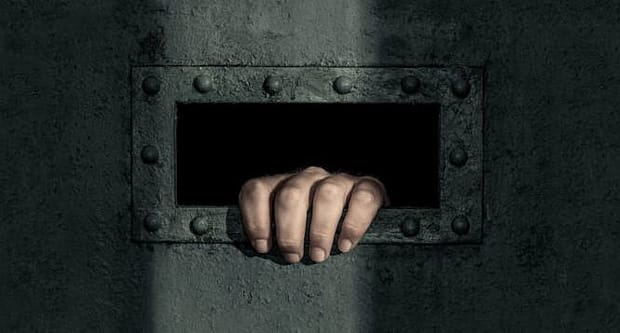 What is Solitary Confinement in California Jail?

Solitary Confinement in California Jail is essentially a punishment one may receive beyond a normal prison sentence. When you are placed in solitary confinement, the whole idea is that you remain free of all human contact, other than possible contact with a prison security guard for nearly all hours of the day.

Sentences can last years in solitary confinement, or can be used as quick punishment, spanning a few days.

Why Might One Be Placed in Solitary Confinement in California Jail?

In addition, a prisoner that has expressed or demonstrated suicidal ideations that could manifest during his time in prison may be placed in solitary confinement as a way to protect that prisoner from harming himself. It is part of prison safety procedures to ensure no one sustains injuries while in prison, and this clearly extends to self-harm cases.

However, solitary confinement is still used as a form of heavy punishment in prison, and usually is given to inmates that fail to follow prison regulations. Disobeying prison guards, breaking rules, and other types of violations could land a prisoner in solitary confinement.

What Toll Does Solitary Confinement Take on a Person?

Typically a solitary confinement cell is about 80 square feet, which is very small. The “room” normally has a bed, sink, and toilet, and inmates are given food through a slot. Their one hour outside this room per day is for exercise, and also takes place in a small room.

Being placed in solitary confinement is said to be a very hope-draining experience. Often, inmates feel they are destined for a life without contact with other human beings, and slowly lose faith in ever seeing anything outside the walls of the prison. Inmates that are deprived of conversation and facial expressions are driven to the edges of normalcy.

Psychiatrists have studied prisoners in solitary confinement for years to determine the effects of such a punishment, and often these inmates are actually more suicidal, psychotic, and disengaged with life. Prisoners tend to become hypersensitive to their surroundings and have a hard time reacting and adjusting to normal stimuli.

The Controversy Over the Use of Solitary Confinement in California Jail

The practice of placing inmates in solitary confinement has been highly scrutinized and examined over the years. Typically, inmates not only struggle immensely with their mental health during their time in solitary, but they also fail to properly adjust to the outside world if and when they are ultimately released.

The irony behind the controversial tactic is that it is often instituted to prevent danger. As mentioned, if an inmate is a threat to others or at risk of self-harm, the inmate may be placed in solitary confinement as a prevention method. However, many studies show that those sent to solitary confinement often have higher rates of self-mutilation and may even be more dangerous upon their release.

This is likely due to the difficulties associated with trying to adjust back to society and to being around people that can be unpredictable and strange, especially to a person that has been devoid of all human contact for upwards of 23 hours per day for the course of a sentence that may have lasted years.

In California in 2015, there was an overhaul in the solitary confinement practice. Due to the high number of cases of maladjustment, and the increasing number of studies that have been released showing the aforementioned detrimental effects of being deprived of human experiences for so many hours and so many years, California decided it needed to change up its practices.

It is vital to hire an attorney to help you or a loved one avoid being placed in solitary confinement. Not only will it be harmful to that person’s health, but it may also cause them long-term mental deficits and an increased rate of returning to prison at another time.

We Assist in Helping People Out of Jail

If you retain our services, we can assist inmates in custody at any of the Southern California jails, including:

Are you under police investigation by the police, or have been arrested in the greater Los Angeles area? We cannot stress enough the importance of consulting and retaining a good lawyer to protect your rights, privacy, and future.