What is a Speedy Trial ‘Serna Motion’ in Criminal Law? 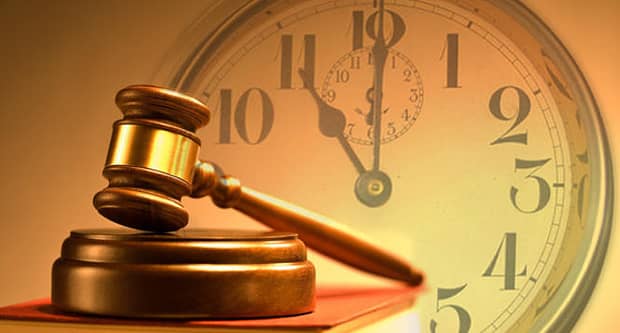 The Right to a ‘Speedy Trial’ Serna Motion

The Sixth Amendment to the U.S. Constitution guarantees the right to a speedy trial for all criminal cases (it does not apply to civil cases). Under the federal constitution there is no precise measurement of what is considered “speedy.”

“In all criminal prosecutions, the accused shall enjoy the right to a speedy and public trial, by an impartial jury of the State and district wherein the crime shall have been committed, which district shall have been previously ascertained by law, and to be informed of the nature and cause of the accusation; to be confronted with the witnesses against him; to have compulsory process for obtaining witnesses in his favor, and to have the Assistance of Counsel for his defense.”

The term “speedy” is relative in the legal context for California too. What constitutes a speedy trial in one instance, might not in another. In general, a speedy trial is one that occurs as soon as reasonably possible. Any delays must be justified.

“In California, the government (prosecutor and court) must get a felony defendant to trial within 60 days of arraignment on an indictment or information unless there is “good cause” for delay.”

Among the justifications for the right to a speedy trial are:

The defendant, however, has the right to waive his constitutional rights to a speedy trial. But that is rarely required in most cases.

A “Serna motion” is a motion to dismiss California misdemeanor or felony charges because the defendant was denied their constitutional right to a ‘speedy trial’, in violation of California’s fast and speedy trial law.

Serna motions, or “speedy trial motions”, are usually filed by your criminal defense attorney as part of the pretrial process in California criminal law. A Serna motion can be based on either or both of:

A successful Serna motion will result in the criminal charges against you being dismissed.

California Courts conduct speedy-trial analysis differently, depending on how it was filed. Under the U.S. Constitution, there’s no set time for a speedy trial. Therefore, when a defense claims a violation, the court assesses the following:

The judge will look at the reason the trial is delayed: was the docket overcrowded? Were witnesses unavailable? Were test results taking too long?

Apart from the constitutional right, in the federal courts, there’s a separate speedy-trial right in the Speedy Trial Act. In California law, there’s also a benchmark for the speedy-trial evaluation. You should always have a criminal defense attorney help you, as these are tricky motions, and if granted will result in the case being dismissed.

When do ‘Speedy Trial’ Rights Start?

Under Article I, Section 15, of the California Constitution, your right to a speedy trial begins either:

For Serna motions filed under the Sixth Amendment, the laws are as follows:

In a misdemeanor cases, the clock starts running as soon as either of the following occurs:

But in felony cases, the clock starts running when one of the following occurs:

This is one major difference between the Federal and California law on Serna motions. Under federal law, a felony complaint does not start the speedy trial clock running–only an indictment or information can do that.

Are You in Need Proper Criminal Defense for ‘Speedy Trial’ Serna Motion?

Rights to a Speedy Trial and Serna Motions are very complex, and can be quite tricky, requiring a good Los Angeles Criminal Defense Attorney. We cannot stress enough the importance of retaining a lawyer to fight your case ASAP. Give us a call if you’ve or your loved one has been arrested in Los Angeles.