What Types of Crimes Does the F.B.I. Investigate? 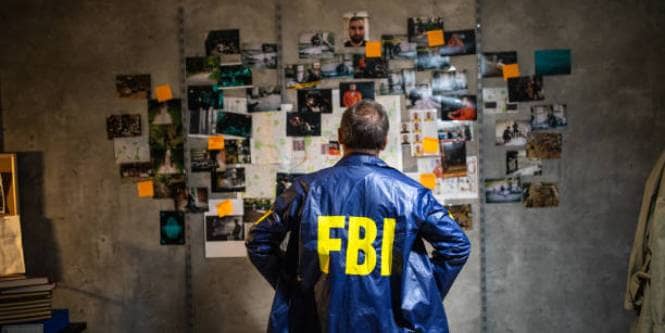 Criminal Priorities of The F.B.I.

Terrorism
The F.B.I. looks into acts or threats of both international and domestic terrorism, as well as weapons that can kill many people.

Counterintelligence
This has to do with looking into espionage, or “spying.” The F.B.I. looks into counter-espionage, economic espionage, and the spread of weapons of mass destruction.

Cyber Crimes
This is a fairly new area for the agency. Cybercrime has become a big business in the United States because the internet is growing quickly, and electronic technology is improving. The F.B.I. examines identity theft, internet fraud, and computer hacking cases.

Five Main Criminal Concerns That the F.B.I. Focuses on

White Collar Crimes
A laundry list of offenses falls under this category, many perpetrated by “white collar” workers. The “white collar” division of the F.B.I. investigates financial crimes such as corporate fraud, insider trading, money laundering, and antitrust violations.

Organized Crime
The American mafia is very much alive and well today. It doesn’t matter if the “mafia” is Italian, Russian, or Mexican; organized crime remains a concern in the United States, and the F.B.I. keeps trying to investigate it.

Legal Protections for Citizens/ Civil Rights
The F.B.I. investigates public corruption, including fraud inside the government and fraud in the electoral process, as well as hate crimes and human trafficking gangs operating in the United States.

Local, state, and federal governments have bestowed extraordinary powers onto law enforcement personnel and other authorities like judges and prosecutors to uphold the law and maintain justice in the nation. This set of authorities includes the ability to detain and arrest individuals, search and take the property, file criminal charges, issue legal judgments, and use lethal force in some circumstances. Color of law violations is a good example under these protections.

Violent Crimes
The F.B.I.’s efforts are directed at the most pressing national security issues. The F.B.I. investigates violent crimes, such as murders and thefts, that target minors, and crimes committed by cyber predators. Mass murders, sniper attacks, and serial killings may render whole neighborhoods helpless and put an enormous strain on already-stretched local and state law enforcement agencies.

Mass-Destruction Weapons
The F.B.I. is the primary government agency responsible for addressing threats posed by weapons of mass destruction (W.M.D.). The Bureau examines and gathers information on threats and occurrences using W.M.D. to prevent attacks and react to them.

The W. M. D board, weapons of mass destruction directorate (WMDD) was established in 2006 as part of the Federal’s National Security Branch. The WMDD is responsible for the F.B.I.’s efforts to minimize risks posed by chemical, biological, radiological, nuclear, or explosive weapons.

When Does the F.B.I. Choose to Investigate a Case Instead of State or Local Authorities?

It’s important to note that many illegal activities also violate federal law. Regarding financial crimes like mortgage fraud, mail fraud, wire fraud, and the like, federal authorities are more likely to become involved when bigger sums of money are at stake or when federally insured institutions play a role. Although individual states do not typically do this, it is important to realize that many crimes fall under the federal government’s and individual states’ jurisdiction. For instance, if the federal government insures a bank, a robbery committed against it is both a state crime and a federal crime. So, the F.B.I. only gets engaged in the most severe or politically motivated cases. The F.B.I., or any other federal agencies, can step in and conduct their investigations when they determine that local authorities are unwilling or unable to do so.