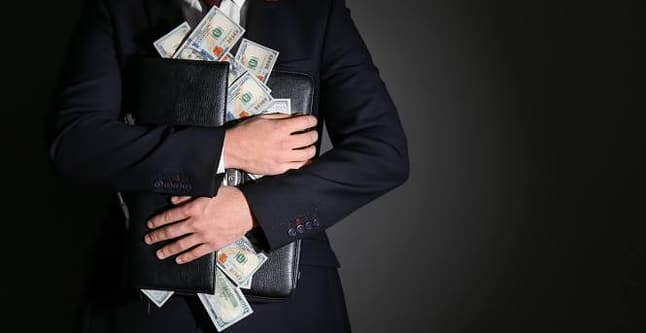 Which Are the Types of Embezzlement?

Embezzlement is a theft offense defined as the misappropriation of funds by an organization or employer that were placed in their trust by another party. Many workers, contractors, or even caregivers, can face embezzlement charges. Since embezzlement is a non-violent crime, it is a wobbler and can be charged as a felony or misdemeanor. However, the attorney seeking to prosecute the case will most likely seek restitution.

Under California Penal Code 503, embezzlement is defined as the “fraudulent appropriation of property by a person entrusted to it.” If the embezzled amount is higher than $950, it can be charged as a felony offense; otherwise, it is charged as a misdemeanor.

Which Are the Types of Embezzlement?

There are only two types of embezzlement: petty theft and grand theft. In a case where the amount embezzled is more than $950 or in different accounts where the total money adds up to $950, the defendant can be charged with grand theft. In a situation where the amount exceeds $65000, it is termed an aggravated offense which can lead to serving up to a year in prison if the crime is convicted. Also, if one is convicted of felony embezzlement, they can pay a restitution amount of up to $10000 or serve three years in prison.

A petty theft embezzlement charge mostly likely leads to 6 months in jail and paying $1000 restitution. If the defendant is convicted of embezzling for not more than $50, they can bargain for their penalties o be reduced to up to $250.

For a crime of embezzlement to be convicted, a relationship of trust must be established between the defendant and whoever claims to own the property. Also, in an embezzlement charge, the prosecution must prove that the person who acted fraudulently took advantage of the other person and caused a severe breach of their trust and confidence. Also, the defendant is only guilty of embezzling charges if they intended to deprive the owner of the property of its use. In this case, the intent does not have to be permanent, and even a temporary one is still punishable.

What are the Legal Defenses to 503 PC?

A person that is accused of embezzlement charges can oppose them by asserting the following;

The Punishment for Embezzlement in California

In California, embezzlement is either grand theft (Penal Code 487) or petty theft (Penal Code 488). The charges mainly vary depending on the property’s value, stolen or misappropriated. For grand theft, the offense is charged as a wobbler offense meaning that it can be charged as a misdemeanor or a felony offense. For a misdemeanor offense, the defendant will serve up to one year in county jail, whereas grand theft attracts up to three years in prison.

In addition, a conviction under penal code 503 PC might have severe consequences on immigration. The United States Immigration Law clearly states that anyone facing any criminal convictions can be deported or marked as inadmissible if they are a non-citizen. Charges considered deportable or unacceptable include felony grand theft, embezzlement, or aggravated felony. Note that persons facing an embezzlement conviction are entitled to filing for an expunction of the said crime. The person has to complete probation and complete the jail term that they were ordered to serve under Penal Code 1203.4.

Victims of embezzlement can file civil lawsuits claiming breach of contract or unjust enrichment. Though most civil cases are resolved through negotiation, the victim can also decide to file a court case whereby the defendant will be forced to pay restitution. The related offenses to embezzlement are; burglary (PC 459), forgery (PC 470), and receiving stolen funds (PC 496(a)).

Related Article: The Difference Between Money Laundering and Embezzlement

If you are unsure of what you should do, contact an experienced California attorney for legal guidance. Most offer a free one-time consultation.