War on Drugs: Every 25 Seconds, A Drug Arrest Occurs in America 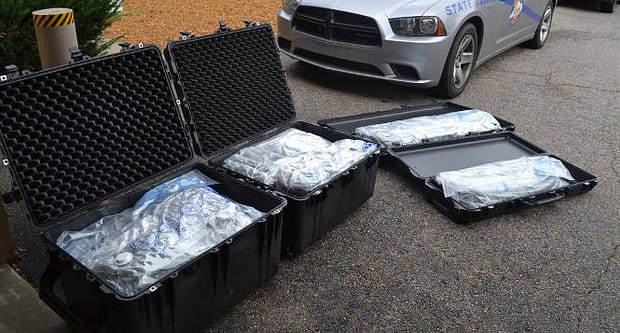 The War on Drugs Continues

Despite plenty of strong evidence proving that the “War on Drugs” is a complete and utter failure, according to the FBI’s new Uniform Crime Report, more than 1.57 million arrests for drug law violations were made in 2016, a 5.63% increase over the previous year.

Over three times more drug arrests are made than all violent crime arrests combined in the United States.

More than four out of five of those arrests were for simple drug possession. Marijuana arrests accounted for 41% of all drug arrests, and nearly all of those were also for simple possession.

There’s an emerging scientific and political consensus that drug arrests of otherwise-law-abiding citizens, which result in the accused being locked behind bars, ultimately create a burden on society, rather than help it.

The majority of Americans now support legalizing marijuana, and more importantly ending criminal punishment for all drug use.

Arresting a person every 25 seconds in America for minor possession of drugs is simply out-of-sync with public opinion on how drug policy should be handled.

This new data lays bare how the drug war continues to be a major driver of not just mass incarceration, but mass criminalization more broadly. Although criminalizing drug use hurts families and communities, and compounds social and economic inequalities, for law enforcement and the prison–industrial complex, it’s big business.

The prison-industrial complex in America alone is a $6 billion dollar a year industry.

Watch The Video About War on Drugs

The war against drugs has been a terrible disaster for everybody involved. Why? And can we do something differently? Watch the 6 minute video outlining why the War on Drugs has been deemed a failure:

Solutions to the Problem

The United Nations and World Health Organization released a joint statement calling for repeal of laws that criminalize drug use and possession. Other national and international organizations that support the movement include:

What we’re doing doesn’t work – and actually makes things worse. Our limited public resources would be better spent on expanding access to effective drug treatment and other health services.

As overdose deaths continue to soar all over the U.S., reaching epidemic proportions, people who need drug treatment or medical assistance may not get it because they are too busy hiding their drug use. If we decriminalize drugs, people can come out of the shadows and get help, if needed.

The immediate future for ending the “War on Drugs” doesn’t look so bright. We now have a federal administration (Trump and Sessions) determined to ramp up the drug war. On a brighter note, most drug enforcement is carried out at the local and state levels, so hopefully, these jurisdictions across the United States are moving drug policy reforms forward.

If you’d like to get involved you can do so by sharing these social network pages:

Need of a Good Attorney?

If you or a loved one are facing drug charges in Los Angeles, or Southern California, you need to hire an attorney who has long-standing professional relationships with Judges and District Attorneys, as well as a proven track record. Don’t panic. We’re here to help. Get a FREE consultation.