February 17, 2022 by Sarah Edwards in California 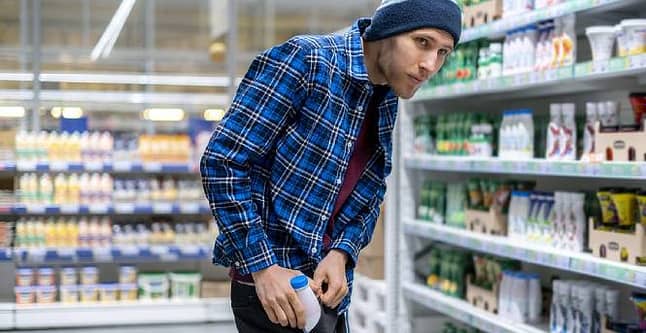 California Penal Code 459.5 defines shoplifting as the act of entering a place of business with the intent of stealing $950 or more in merchandise. Most often, shoplifting is considered a misdemeanor. But it can cost you as much as six months in jail.

If you’ve been charged with shoplifting in our state, you need to take it seriously. In this post, we’ll outline the steps you should take after you’re charged.

If you are caught shoplifting, resist the urge to flee. Even if you’re confronted by an unarmed security officer (rather than a police officer), running away rarely works out in the offender’s favor.

By remaining onsite, you retain the ability to challenge the detention in court. If you flee, that action can serve as evidence of your guilt and/or refusal to cooperate.

Invoke Your Right to Counsel

When they take you into custody, the officers will try to obtain a statement from you. Although you may be tempted to confess or apologize for your crimes, it’s important that you refrain from giving any statement. Even if you attempt to give an “innocent explanation” of what happened, it can be twisted and perceived as an admission of guilt.

Instead, invoke your right to counsel. Once you do, the law requires the officers to stop questioning you until you have spoken with an attorney.

Get in Touch with a Qualified Attorney

In California, shoplifting cases are not always cut and dried. If you want to secure your best bet of having the charges dropped, contact an attorney who has experience in this area of law.

To convict you of the shoplifting charges, a prosecutor will have to prove that you entered the place of business during normal business hours with the intent to steal. An experienced attorney will be able to look at the evidence and determine whether the prosecutor actually has a case.

In some cases, it’s possible to have the charges dismissed or changed to the lesser charge of petty theft.

An attorney will also be able to explain to you the possible penalties related to your shoplifting charge. In California, the penalties include any or all of the following:

Probation for a misdemeanor

Those penalties are assuming that you have no prior convictions. If you do have a record, your charges could be moved to a felony offense. In that case, you could face:

Criminal convictions that might cause your shoplifting charge to qualify as a felony include:

If you have a criminal record, it is especially important for you to hire a good attorney after shoplifting charges.

Every defense will be unique to the defendant and their circumstances. Below are a few of the common defenses made against shoplifting charges:

If you and your attorney can prove that you did not enter the establishment with the intent to steal, you may be able to have the charges dropped or reduced. Perhaps the event was an accident as you were trying on clothing or jewelry. In any case, if the prosecution cannot prove intent, you may start building your defense on this point.

Can you cast doubt on the witness testimony that led to your charges? If it’s possible that the witness mistook you for someone else or didn’t see what they initially claimed to have seen, you may be able to avoid a guilty verdict.

Attend All of Your Court Dates

If you fail to appear in court, the judge may issue a warrant for your arrest. As you might imagine, this can throw a wrench into your defense plans.

Even if you plan to plead guilty, appearing uncooperative might result in heavier penalties. Plus, if you cooperate with court proceedings, you may be able to negotiate to have the conviction expunged after you have served your sentence.

If you are facing shoplifting charges in California, consult with a lawyer at Esfandi Law Group. We’ll be happy to help you build a defense.