What to Expect for Your First Federal Court Date 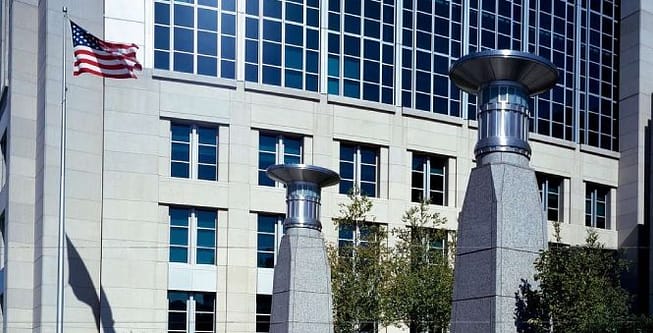 Have an Upcoming Federal Court Date?

Being arrested is an unsettling and nerve-racking time for anyone. If you’ve never been arrested for a federal crime before, you likely have questions about what to expect from your first federal court appearance.

Federal courts work a little differently from state courts. Hiring a criminal defense attorney who has experience in federal court protects your rights in court and helps you understand the proceedings.

The first phase of the federal criminal trial procedure is the initial appearance, which happens immediately after or very close to your arrest.

They will also ask you if you’re able to afford legal counsel. If not, they’ll refer you to an Assistant Federal Public Defender.

Once you’ve heard the charge or charges against you, then the process moves on to determine whether you’ll remain in jail or if you’ll be allowed to post bail and go free until your trial.

Will I Be in Jail After an Arrest for a Federal Crime?

The government’s prosecuting attorney will suggest a bond that both sides can agree on, or you may opt to remain in custody voluntarily. Your other option is to request a pretrial detention hearing when the federal court decides if you should be denied bail and incarcerated until your trial begins.

During this hearing, the court evaluates the nature of your charges and preliminary facts about your case. This is an important part of the federal trial process since it means the difference between being in jail or not, so it’s essential to have an expert criminal defense attorney to advocate on your behalf for a low bond.

How Does a Pre-Trial Detention Hearing Work?

If your attorney and the prosecutor can’t agree on whether you get bail or the bail amount, you can request a pre-trial detention hearing specifically to address this issue.

During this hearing, the court will determine whether you are considered to be a flight risk or a danger to the community. The judge will hear evidence from the prosecution and your lawyer and may also hear testimony from witnesses or other arguments on your behalf.

The judge evaluates a few things when making their decision to grant you bail and how much the bail will be:

If the offense was violent or very serious, then it’s unlikely you’ll be granted bail. Certain offenses have a presumption against bail, so it’s vital to know whether you’ve been charged with one of these.

Weight of the Evidence

The prosecutor presents the facts of your crime as they see it, including details about the crime. This can work in your favor, as your lawyer will better understand what the government accused you of and the kind of argument they may present at trial.

Your History as a Person

The judge evaluates your character, including your mental and physical condition, family in the area, financial resources, and alcohol or drug use. They will take into account your record, including whether you were on probation when the crime was committed or if you have other criminal charges pending.

While your past criminal activity may not be used in your trial, it does come into play when determining your bail prospects.

Any Danger to the Community You Pose

If you were arrested for a violent crime, the judge will evaluate whether the community will be in danger if you’re out on bail.

The judge you see in your first and pre-trial detention hearings is a Magistrate Judge. These judges preside over “housekeeping” types of hearing in federal court, such as scheduling and bail hearings. When your case goes to trial, you’ll appear before a Federal District Court Judge.

The prosecutors in federal court aren’t District Attorneys, or DAs, like in state court. Instead, they’re called Assistant United States Attorneys (AUSAs). However, in practice, their role remains the same. They will present the case to the federal government, and your criminal defense attorney will protect your rights and argue on your behalf.

US Federal Internet Crime
How Do Federal Criminal Investigations Work?

Have You Been Arrested for a Federal Crime?

Being charged with a federal offense is serious, and you shouldn’t try to handle your case on your own. You need legal representation from a criminal defense attorney experienced in how federal court works.

You should hire a lawyer as soon as you are arrested. Your attorney can make a difference in whether you’ll sit in jail pending the outcome of your trial or you’ll be able to post bail.

If you’ve been charged with a federal offense, we can help. Call Esfandi Law Group today for a free consultation for your case!