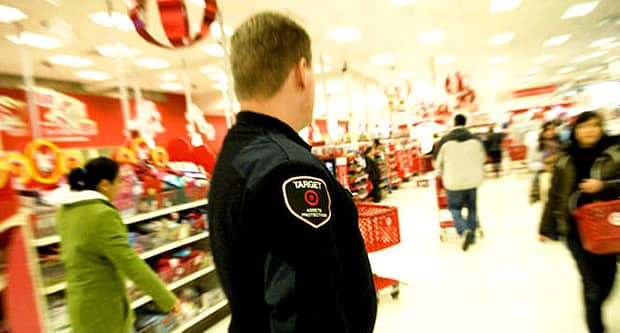 Petty theft is a misdemeanor in California that occurs when one steals an item from another person, and the value of the item(s) stolen is $950 or less. It is considered a serious crime, but far less serious than robbery, which is a felony. In California, robbery occurs when one takes the personal property of another, from the other’s person or presence, by use of force and intimidation, and intends to deprive that person of their item.

This crime is very serious and can result in many years behind bars for you or a loved one.

The scary part of a petty theft actually comes into play when it is done in a store. Prosecutors have authority to charge the perpetrator of a petty theft with robbery after People v. Estes in 1983. In this case, Mr. Estes tried to steal a coat from a store, and on his way out he was approached by the store security guard. He swung a knife at the security guard and was subsequently charged with robbery. This is because he had not completed the theft, and ultimately used force and intimidation, in the form of a knife, against someone whose responsibility it was to protect and retain the item.

If you steal from a merchandiser, and you confront, bump, push, or hit a security guard trying to prevent the commission of the crime, your petty theft misdemeanor can be escalated to a felony robbery, putting your future in extreme jeopardy. Assuming there is no gun involved in the robbery, and you commit the crime alone, you can still be charged with second-degree robbery and face a penalty of two, three, or five years in jail.

What is the Extent of this Provision?

Courts have found that the element of “immediate presence” may actually be satisfied by the victim simply being present when the defendant is taking away the property, rather than when the defendant gained possession of the property. This is important because if you steal something from someone and then run away, if the victim finds you and then a struggle ensues, your theft may be enhanced to a robbery. Essentially, you had not completed the theft yet, and ultimately only attempted to complete the robbery after applying force.

It is unclear how far this case extends. Can you be charged with an Estes Robbery without ever involving a store owner or store security guard? Does this apply when you simply steal something from a person you encounter on a street corner? These are the vital questions to answer.

It is vital to hire an attorney to help you or a loved one avoid being convicted of robbery, especially when the only crime committed may have been as simple as a petty theft. Not only will it be harmful to that person’s long-term well-being, but it may also cause them to spend far more time in prison than they deserve.

The prosecutor in your case must prove all the elements of the crime, and must do so beyond a reasonable doubt. This means that they must produce evidence that you committed the crime by completing each element. You must have taken someone else’s personal property. You must have actually taken it from their presence and used force and intimidation to do so. Finally, the prosecutor must prove that you had the intent to steal and deprive the other person of their items. This is a difficult standard to prove, which is why the punishment for robbery is so severe. It is vital to hire an attorney to help fight these charges.

Your attorney can produce evidence that you were not present for the crime’s commission or that you were falsely accused. He can also produce evidence that you never took the property or that the person from whom you stole was not present for the taking. Your attorney may even be able to there was no force involved. Force is a low threshold, meaning even pushing someone or scaring them into giving you property can count as force. Finally, your attorney can show that, although all these things occurred the way the prosecutor explains, you still did not intend to steal the items.

If your attorney can cast any doubt on any element of the crime, you will be acquitted of robbery.