Why Children Lie About Sexual Abuse 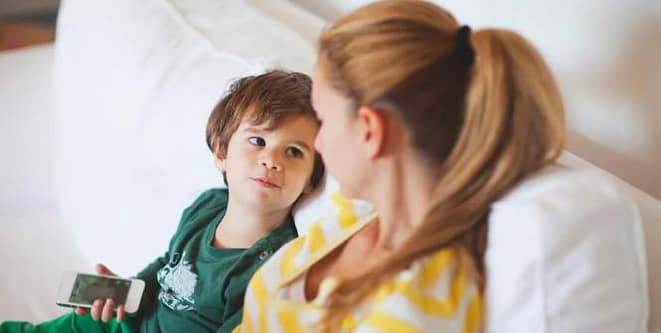 Most Accusations are Accurate

The percentage of fraudulent or fake allegations of sexual abuse of children is put between 4 and 8 percent. This means that 92% and 96% of reports are accurate. Survivors often struggle with “disclosure,” the process of opening up to another person about their abuse experience. When a child confides in you about being abused, it’s often because they believe you will be able to assist and protect them from further harm. They tell lies; however, as a defense mechanism, they lie to stay out of danger. They tell fibs to test their limits of deception. Even they don’t always know why they’re lying. However, discussing a topic as grave as child abuse is another issue altogether. How you respond to this event will have lasting effects on that child.

Do Children Often Lie About Being Sexually Abused?

When children are desperate for attention, they may make up stories of sexual abuse. When kids don’t get much attention from their caregivers, they may try to draw attention to themselves by making allegations of sexual assault. They could even go into great detail as they elaborate on their tales. Youngsters are generally more likely to embellish their stories when adults prod them for more information.
There’s also the fact that many adults have a hard time believing a youngster would intentionally mislead them about something as terrible as sexual assault or molestation. The problem is that many young people don’t understand the weight of coming forward with a sexual abuse complaint or not coming forward with it when it happens.

Reasons Why Kids Lie about Being Sexually Abused

Several of the most typical explanations are as follows:

Anger: a child who has a grudge against a parent, teacher, relative, coach, or anybody else may decide to falsely accuse that person of sexually abusing them. It’s possible that the child is upset with either his parents or his instructor. Angry children who don’t understand the gravity of the charge may falsely accuse someone of child abuse.

Revenge: A child may fabricate sexual abuse to get even with an adult they feel has mistreated them. This might be as basic as a teacher giving the kid a failing grade on an exam or a coach not providing the youngster enough playing time.

Approval: Children place a high value on their peers’ and their parents’ approval. Sometimes a child may tell a fib about one parent to win over the favor of the other. The youngster may also lie to their peers to get their acceptance.

Misconception: Sexual behavior is difficult for young children to comprehend and discuss verbally. The youngster may just be repeating what the adult said or recounting what they have seen on television or in the movies. A youngster may be motivated to create a narrative of sexual abuse if they first report an occurrence that an adult misinterprets as such.

It is worth noting that in many circumstances, these motivations for filing false charges of child molestation may originate from somewhere else. For example, a mother may try to get custody of her kid by having her child make false allegations of child molestation. This is a common scenario if the child’s parents or guardians are going through a divorce or custody dispute. This may be an indirect way of saying anything. A youngster can get an opinion about their father by hearing their mother speak negatively about them, even if the mother didn’t directly instruct the child to make the charge. On the other hand, the mom could manage to trick her kid into thinking the abuse truly occurred.

Reasons Why Kids Don’t Lie about Being Sexually Abused

For specific reasons, a youngster being sexually abused will frequently lie and say it isn’t happening. The most prevalent are:

Are you being accused of child abuse? You’ll need to hire an attorney as soon as possible. Don’t hesitate.