Why Do Young People Join Gangs in LA? 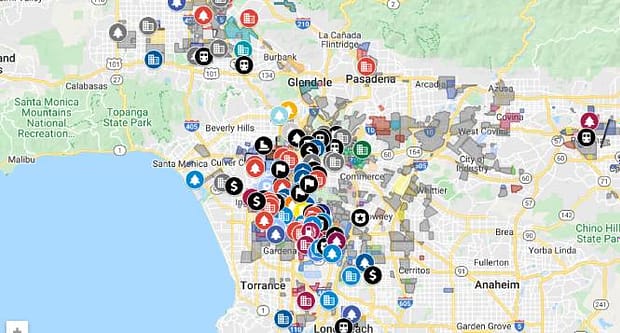 Why Do Young People Join Gangs in LA?

From ‘Gangter’s Paradise’ to ‘American Gangster,’ the ‘Crip Walk,’ and rap lyric after rap lyric, gang activity has been glamorized in pop culture for decades. Sadly, this glamorization leads young impressionable minds to become interested in joining a gang of their own.

It’s no secret that gang activity across Los Angeles is rampant. Unfortunately, most people join gangs when they are young and seeking approval and validation and often turn into lifelong gangsters. In fact, statistics show that between 2017 and 2019, 1 in 25 California 7, 9, and 11th graders considered themselves gang members.

But, why do young people in LA join gangs?

According to the American Academy of Child and Adolescent Psychiatry, there are a number of reasons young people choose to join gangs in Los Angeles, including:

If you’re a parent worried that your child is becoming interested or influenced by gang activity, there are some things you can do to put a stop to it, including:

Signs Your Child May Be Involved in Gang Activity

Be aware of the following signs that your child may be involved in gang activity:

If you’re concerned that your child is involved with a gang, it’s important to talk to them ASAP. Of course, it’s not easy to confront a child you suspect is involved with gang activity as you may fear retaliation from the gang. But, it is essential to do what you can to protect your child from the dangers of gang activity, including drugs, violence, and criminal activity.

There are plenty of agencies throughout the community that can help you address the situation and get your child on the right path. Most local police departments will meet with parents and their kids for early gang intervention. Speaking with a mental health professional or counselor is another excellent option to safely and appropriately remove your child from the situation and have them recognize the dangers of the path they are on.

If you’ve been accused of a crime, don’t hesitate to call a lawyer as soon as possible. The earlier you call, the better your chances are of beating the charges.