What are the Common Causes of Wrongful Convictions?

May 03, 2022 by Madison Ferguson in Criminal Defense  Rights 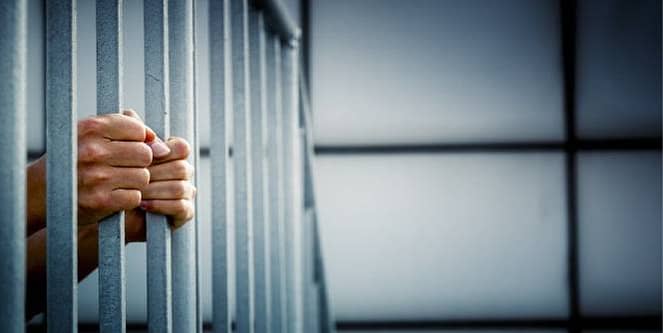 The justice system is not always in favor of the defendant. The risks of poor presentation from the lawyer increase, especially with the public defenders. They lack resources, experience, skills, and they are sometimes overwhelmed with the number of cases. This opens a door for wrongful convictions of innocent defendants. Though the causes vary, there are common causes of wrongful convictions that can be avoided.

Misidentification of the witnesses makes up the greatest cause of wrongful convictions. On the part of the eyewitness, these mistakes are often honest. This is because crimes happen so fast and can become a bit stressful. On the other hand, the bandits are always trying to hide their identity. Therefore, even if they are presented before the witness, and the witness is asked to sketch them, it becomes difficult to identify them truly. Due to this, eyewitness identification as a source of evidence is never reliable. It is based on the estranged human brain of probably the victim, who is yet to bounce back from the crime. Besides, DNA samples from the crime scene show that witnesses are mostly wrong.

Fake or falsified evidence has long been the trend in the forensic department. However, the current need for DNA at a crime scene has helped overturn this. DNA helps to identify the innocent from the ones who are actually guilty. Unlike the previous forensic methods that were used, DNA covers extensive scientific research. DNA allows 100% accuracy with no room for error. However, forensic techniques have room for errors generated from inaccuracies and improper methods. Additionally, forensic analysts can easily be manipulated to change the results. False evidence leads to the innocent facing wrongful convictions.

Confessions are sometimes false despite the need for truth in the law system and lead to wrongful convictions. Suspects are sometimes put under pressure to make false statements that incriminate themselves or other innocent people. These statements have led to suspects pleading guilty to crimes they did not commit. In most cases, other than when fear is generated internally, false confessions are influenced by external forces. Eyewitnesses also contribute to false confessions by giving inaccurate information that convinces the jury.

Officials include people in authority such as police, forensic technique, and lawyers who are directly involved in the law process. These people are often working in the best interest of helping the suspect; however, due to workload, they are subjected to making mistakes. Hence they make honest mistakes. Also, these officials focus on solving more cases rather than ensuring they serve their due diligence to the defendant in different cases. This leads to negligence, contributing to the wrong convictions witnessed among the officials.

While dealing with high-end profile cases, the people in authority are often pressured to deliver. Thus, increased pressure leads to reduced productivity and unfairness in the justice system because only one person is served. Since these officials are also human, they are bound to remain corrupt, dishonest, and with increased negligence.

False oaths and false affirmations telling the truth in speaking or in writing can lead to wrongful convictions. This is an intentional act in which people voluntarily violate the rule of law and do not speak the truth. Perjury attracts punishments such as penalties and imprisonment. People with the intention to testify against innocent people are the main witnesses that lead to a person’s convictions. However, DNA has helped in eliminating these offenses by turning the truth.

Discrimination in the System

Discrimination consists of acts such as racism, gender-based segregation, and social class. These acts are actively known to be among the most causes of wrongful convictions. In some states, racism is the main cause of wrongful convictions. Racism and social class highly contribute to the seen convictions of young people of a particular age. The jury is sometimes conveyed to show some liking to your case and freedom due to the similarity in gender, race, or having some social class update. The system favors no one, especially if you are from a poor social class or an independent racial background.

You were just tired of sitting in jail and wanted out. This happens all too often for people who cannot make bail or ‘OR’ out. For some reason they’ve got it out for you, and the system grinds down and you simply take the first deal that offers you the light of day. With the jails overcrowded, can’t say we blame them.

Sometimes the system seems or is rigged against those who are most in need.

Have You Been Wrongfully Accused or Convicted?

The Esfandi Law Group in Los Angeles defends people who have been wrongfully arrested or are being investigated for a crime. You need an experienced lawyer to fight for your freedom and your rights.