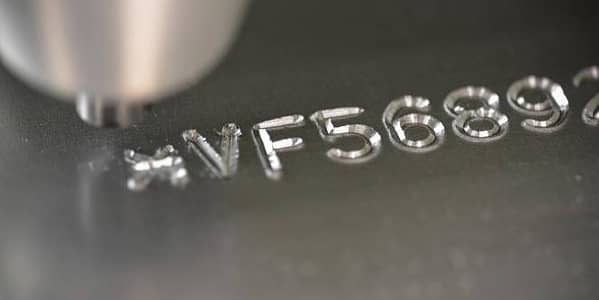 What is the definition of tampering, altering, or destroying a VIN Number under VC 10750?

(a) No person shall intentionally deface, destroy, or alter the vehicle identification number (VIN), other distinguishing number, or identification mark of a vehicle required or employed for registration purposes without written authorization from the department, nor shall any person place or stamp any serial, motor, or other number or mark upon a vehicle, except one assigned thereto by the department.

What is a VIN as described under Vehicle Code 10750 VC?

All vehicles have a VIN. It is the most universal set of numbers used to identify a vehicle. A VIN allows enforcement agencies and other entities that are responsible in the identification and enforcement of vehicles both on the highway, roads and in commerce to ascribe the origins of a vehicle and those who have lawful ownership rights of it. The VIN of a vehicle can now incorporate the lawful transactions are associated with all paperwork and recordings concerning the sale, purchase, maintenance, transport, and all lawful activity concerning a vehicle.

A VIN is located on the vehicle’s engine, frame and on the dashboard of the vehicle on the Driver’s side of the car. No matter the location all VINs on a single vehicle must match up to the vehicle for which VIN numbers are attached.

What information can be derived from a VIN by the DMV?

A VIN will have information concerning the vehicle’s license plate, the number of axles it has, its fuel type, BTMs, the make and model, the number of wheels, its estimated weight, the odometer readings, its emissions, the inspections currently associated on the vehicle in question.

Whenever a traffic ticket is given, an attempt to acquire a license plate, sell a vehicle, getting a registration sticker, update the vehicle’s parts, the vehicle’s VIN will be assessed against the CHP and DMV databases. A verification is completed by all entities who have a commercial or enforcement authority over the vehicle in the State of California. This insures there is documented information concerning the integrity of a vehicle in the State of California.

What is the mental state required for a violation of VC 10750?

The mental state is the specific intent to defraud. A violation of Vehicle Code 10750 VC is a specific intent crime. This means there must be a specific intent to alter, tamper, or destroy a VIN on vehicle to misrepresent for personal gain and or profit from the vehicle in a manner that could not be achieved by having the original VIN associated with the vehicle, in any manner understood, while accepting the reasonable consequences that derive from that act.

What is tampering, altering, and destroying VIN numbers under VC 10750?

Title Washing is the act of changing a VIN of a vehicle to distort the chain of title associated with it. vi Title washing takes a variety of forms. A person can alter the VIN written on any title and or registration documents associated with the vehicle. Physically, a person can remove any identification plates attached to the vehicle that has the VIN and replace it with another. Etching is another method. In etching welding methods are utilized in changing the individual numbers on a VIN plate, and not remove the plate.

What are the punishments for a violation of Vehicle Code 10750 VC?

A violation of Vehicle Code 10750 VC is charged as a misdemeanor. Punishment includes confinement not to exceed 1 year in jail, with fines not exceeding $1000 dollars.

What is an example of a violation of Vehicle Code 10750 VC?

What are examples of defenses for a violation of Vehicle Code 10705 VC?