How to Defend Against California Aiding and Abetting Charges 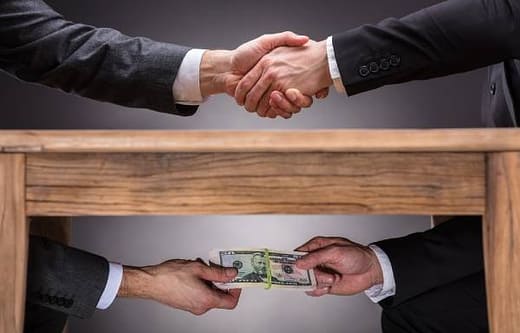 How to Defend Against Aiding and Abetting Charges

Importantly, California Penal Code 31 PC says that accomplices are principles in the crime. This means that an accomplice to armed robbery who was not at the crime scene could receive the same sentence as the person who held the gun and entered the store.

Here are the things you should understand about accomplice liability and how an aiding and abetting attorney in Los Angeles can defend you.

Other examples of inchoate crimes include:

If someone conspires in, attempts, solicits, or aids and abets in the commission of a crime, prosecutors can charge that person with a crime.

Under California’s aiding and abetting statute, a prosecutor must prove four elements.

For example, suppose that you overhear your brother and a friend talking about needing a getaway car for a burglary. You want to help out, so you steal a car and give it to your brother for the burglary. Prosecutors could charge you with aiding and abetting, even though you and your brother did not agree that you would get the getaway car.

Accomplices must intend to assist in the commission of the crime. If a person has no reason to know that their assistance will be used to commit a crime, prosecutors cannot bring aiding and abetting charges against them.

Suppose that you keep your gun in a lockbox. Your cousin asks to borrow the gun for a hunting trip. Your cousin uses your gun to shoot a co-worker.
Even though you willingly loaned your cousin the gun, you did not know that your cousin would commit a crime. In this case, you did not have the intent to assist your cousin in the shooting and, as a result, prosecutors cannot charge you with aiding and abetting.

Action to Facilitate the Crime

Accomplices must take some action to aid or abet the crime, such as:

Merely having the desire to assist in the crime would not suffice for accomplice liability. Thus, imagine if your boss bullies the employees at work and a coworker punches your boss in the face. You would not be liable for aiding and abetting if you only wished or hoped for the assault. Instead, prosecutors would need to prove that you acted on your desire by facilitating or encouraging the assault in some way.

Defenses to Charges of Aiding and Abetting

An aiding and abetting attorney in Los Angeles has a few options for defending you from accomplice liability. California penal code 31 PC requires four elements. Disproving any one of those elements should cause the prosecutor to drop the charges or a jury to return an acquittal.

Two of the defenses that negate elements of the charges include:

If you did not intend to assist the commission of a crime or associate with those who committed it, you did not aid or abet the crime. For example, perhaps you were a passenger in a car when the driver stole gas from a gas station. An aiding and abetting attorney in Los Angeles can argue that you were not an accomplice if you did not know what the driver was planning.

You may avoid accomplice liability if you withdraw your aid and support of the crime and try to stop it. Thus, suppose that you help your friend acquire a gun while knowing that your friend intends to use it in a carjacking. If you change your mind and throw the gun away before the carjacking, prosecutors should not charge you as an accomplice even if your friend goes through with the crime after your withdrawal.

How an Aiding and Abetting Attorney in Los Angeles can Help

If you have been charged with a violation of California penal code 31 PC, a criminal defense lawyer can investigate the case, examine the prosecution’s evidence, and verify that your constitutional rights were observed. If the prosecution’s case rests on shaky evidence or evidence collected in violation of the U.S. Constitution, the lawyer should be able to get a positive outcome for your case.

Want to increase your odds of getting a reduced sentence? Need a lawyer to represent you in court (or for petitioning)?