The Increase of Domestic Violence Due to the Pandemic 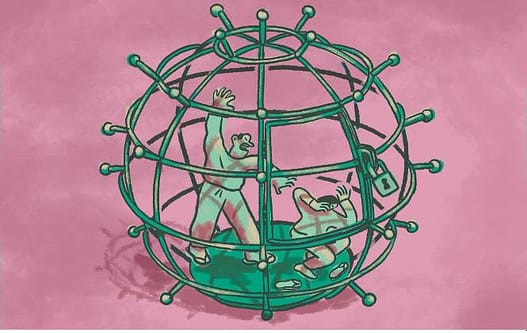 The Increase of Domestic Violence Due to the Pandemic

The pandemic turned the lives of many people upside-down. As the coronavirus swept through the nation, even individuals who did not directly suffer from symptoms of the disease experienced other forms of loss, pain, and destruction.

Studies indicate that one side effect of the stay-at-home orders put in place was a rise in domestic violence. Even before COVID, many individuals suffered from abuse at the hands of their family members and intimate partners. When circumstances forced those family members to stay together all the time, the abuse sometimes escalated. Even families that previously did not experience such physical violence may have ended up suffering from abuse, as well.

During the pandemic, several factors likely led to a rise in domestic violence cases. Studies show that certain issues tend to lead to an increase in abuse cases, including the following:

Many of the above factors become more significant issues because of the pandemic. Job loss, lack of childcare options, and isolation all combined to create a greater risk of violence in homes. Furthermore, as children stopped going to school and individuals stopped commuting to the office, the signs and signals of abuse became harder to notice.
Teachers, social workers, friends, and co-workers who might have noticed that something was wrong and reported the suspected abuse now had less of a window into the lives of victims.

While some regions saw a rise in calls reporting abuse, others experienced an eerie decline in reports. For those working with victims, a 50 percent or greater drop in calls likely suggested an inability to report cases. After all, victims were now with their abusers 24 hours a day.

Domestic violence laws in California are strict and severe. The accused can face many consequences resulting from allegations or convictions for domestic violence.

While the people that were tasked with investigating claims of abuse might have been on high alert because of the pandemic, some allegations or suspicions may have resulted from false claims or misunderstandings.

If you face charges for domestic violence offenses, you need to recognize the implications of those allegations.

Domestic violence involves abuse against specific individuals. California state law will apply the term when the alleged victim and accused are:

The laws for abuse from other relatives are different, and many of these laws fall under the state’s family code.

Domestic battery under PC 243(e)(1) is a misdemeanor offense that a person commits if they use force or violence on a person with whom they share an intimate relationship. The penalties associated with this offense include a fine of $2,000 maximum and a sentence of up to one year in jail.

Corporal injury under PC 273.5 to spouses or cohabitating partners is similar to domestic battery, but it is a more severe offense. In domestic battery cases, the alleged victim does not need to sustain severe injuries for the suspect to face charges. This statute involves any injury, including slight harm. Prosecutors can try to charge a defendant with a felony for violations of this law, and the sentence can include up to four years in jail.

The subtle differences between these statutes make it particularly important that the defendant understands which charges they face.

Child abuse may have increased during the pandemic, as well. Experts suspect that many instances of abuse fell under the radar because of the isolation imposed by quarantine efforts. Economic stressors, such as job loss, can also increase the risk of abuse.

In California, Penal Code 273d describes child abuse as a criminal offense. It is against the law to use corporal punishment or to intentionally inflict injuries upon a child. The law does exclude what it refers to as “reasonable” spankings. Of course, reasonable can mean different things to different people.

Penalties for child abuse include up to three years in prison if the prosecutors try the case as a felony. Child endangerment is a separate offense and may be a misdemeanor or a felony.

A caregiver may commit child endangerment by witnessing abuse at another individual’s hands and failing to prevent that violence. If the violence can lead to great bodily harm, prosecutors are more likely to try the crime as a felony.

In California, the consequences of a domestic violence conviction can be life-altering. Even in a first-time misdemeanor offense, the charges can include a mandatory minimum sentence of 30 days in jail. The defendant may also have to pay restitution that will cover medical care, lost wages, counseling, and property damage losses that the victim suffered due to the abuse.

California will send the convicted individual to a batterers’ program for counseling. The conviction will become a permanent mark on the individual’s record. Any time a potential employer runs a background check, they will see that conviction. The person may find difficulty in obtaining housing, as well.

Convicts will lose their right to possess or purchase firearms. In misdemeanor cases, the ban will likely last for ten years, while defendants that are convicted of felonies will permanently lose their right to own a gun. In many cases, domestic violence can also cause the individual to lose their custodial rights.

Immigrants who commit crimes of moral turpitude or aggravated felonies can face deportation and the inability to return to the United States legally. If the person were previously on track to gain citizenship, a conviction would likely prevent this from coming to fruition.

While many reports indicate an increase in child abuse and spousal abuse cases, other experts fear that the increased media attention on the issue will lead in harsh penalties.

It is not uncommon for individuals to make false abuse allegations. In many cases, vengeance motivates such allegations. Other times, a parent may attempt to seek advantage in a custody battle by alleging abuse where none actually occurred.

If you face domestic violence allegations, you need to hire an experienced criminal defense attorney that can protect your rights. Defenses include false accusations, that the injuries occurred in an accident, and that the defendant acted in self-defense or in the defense of others.

The best strategy will depend on the facts involved in your case. If you are facing domestic violence accusations, contact the Esfandi Law Group for a consultation with a dedicated criminal defense team.