May 10, 2021 by Seppi Esfandi in California  Criminal Defense 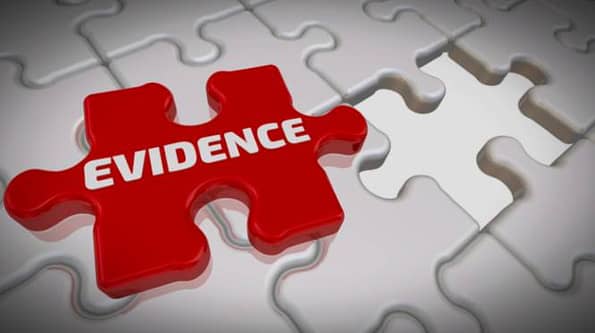 The process of discovery is the process by which the parties in a criminal case get to obtain information from each other. Naturally, if you’re being arraigned before a federal court, as a defendant you’d want to have as much time to prepare as possible given that your future might be at stake, and that’s where discovery comes into play.

When speaking about discovery in relation to federal crimes, it must be stated that more often than not discovery begins after and not before arraignment. Once the arraignment has taken place, defense lawyers and prosecutors might also sign a discovery agreement that lays out the details of the evidence that must be disclosed and the deadlines for such disclosure. As stated already, a good lawyer knows that the earlier discovery, the more chance they’ll have to review the material and prepare.
Discovery is usually affected by soft or hard copies, and therefore by post or electronic means. However, there are also instances where sensitive, confidential information or unprotected witnesses might be at risk, and therefore the lawyers in question will be asked to review the said evidence without them being granted specific copies of it.

Generally speaking, the process of discovery is an ongoing one and carries on until the case goes to trial. It’s very important for the defense to keep on tracking the discovery process, as abusive practices can lead to cases being dropped where the “equality of arms” principle is proven to have been violated.

The Rules in Play

As we shall be seeing, discovery is addressed both by written rules as well as Supreme Court case law that set out parameters in relation to the said subject matter. Naturally, the written rules are the ones that are most important, however, the principle of precedent or stare decisis in Latin, also makes sure that court decisions play a role in this regard as well!

The Federal Rules of Criminal Procedure

The Federal Rules of Criminal Procedure address discovery in Rule 16. Under Rule 16, a defendant is eligible to examine upon request:

That being said, once Rule 16 is invoked by the defendant in question, the prosecutor will likewise be able to counter by also invoking the Rule of Discovery under Rule 16 (b). A seasoned lawyer would therefore take this into account before requesting disclosure.

There are two Supreme Court cases that courts usually rely on when discussing discovery in federal criminal cases. These are Brady vs Maryland (1963), and Giglio vs the United States (1972). In the former, the Supreme Court stated that the prosecutor has a duty to disclose exculpatory evidence to the defendant in question. Let’s say for example that you are accused of murdering someone, yet someone else’s DNA is found on the murder weapon: if this happens, the prosecution cannot hide this evidence in order to have more chance to achieve a conviction. Where this has happened, even if not intentionally, cases have been overturned.

In the Giglio case, on the other hand, the Supreme Court stated that the rule identified in Brady covers also impeachment information. Yet what does this mean? In simple terms, the Court’s decision in Giglio means that the prosecutor must also disclose information that might be used to challenge their witnesses in a case. If for example a witness has been caught lying before, or if they have been found guilty of a criminal offence in the past, then the defense has to be made aware of this fact.

Lastly, it is the Jencks Act that comes into play. This Act makes it clear that whoever calls a witness is required to produce recorded statements of that same witness in relation to their testimony. Thus, if for example a witness is brought to testify in relation to a murder case, and they had already given their testimony to the police, then a transcript of their interview must be disclosed. This can therefore aid the defense, not just with preparing questions that can be asked to witnesses, but also with establishing contradictions between information given to prosecutors and testimony given during trial.

The rules analyzed in this article provide the current structure when it comes to discovery in criminal cases. That being said, specific techniques in criminal defense require lawyer expertise, and therefore you are more than encouraged to contact our criminal defense lawyers should you have more queries about the subject.

It’s highly preferable that you call a lawyer for legal device as soon as possible and it’s completely free to consult. Contact Esfandi Law Group now.