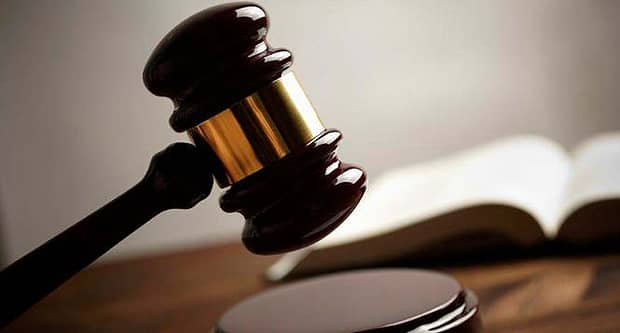 What is the Crime of Forcible Sexual Penetration with a Foreign Object – PC- 289?

What Needs to be Proven to be Convicted ?

In order to prove this crime, the prosecutor must prove the following elements beyond a reasonable doubt:

What are some of the Variations on PC 289- Forcible Penetration by a Foreign or Unknown Object?

PC 289(a)(1)(A)- Forcible Penetration by a Foreign Object- This deals with the “garden variety” of forcible sexual penetration by a foreign or known object. It is usually when there are 2 adults, without any of the variations noted below. The punishment for this crime is three, six, or eight years in prison.

PC 289(a)(1)(B)- Forcible Penetration upon a Minor who is 14 years or Younger- This code section has the additional variation that the victim is 14 years or younger, in additional to the requirement of proof that there was (1) sexual penetration (2) by a foreign object not a penis (3) against the victim’s will. The punishment for a conviction against a minor is more severe: 8, 10 or 12 years in prison.

PC 289(a)(1)(D)- More serious crimes can also be charged- This code section states that there are more serious crimes, which carry life terms, can also be prosecuted despite this section. For instance, aggravated sexually assault upon a child occurs if a child is raped who is under 14 years of age and seven more years younger than the perpetuator- PC 269. This crime carries a life-sentence of 15 years to life. Similarly, PC 288.7 is sexual intercourse of a child who is 10 or younger. It carries a sentence of 25 years to life. Someone can be charged with these offenses as well as PC 289(a)(1)(B).

PC 289(b)- Forcible penetration of someone with a mental or disorder or disability- If the victim of a charge of penetration with a foreign object has a mental disorder or developmental or physical disability which renders them incapable of giving legal consent, then no showing of force is required. The prison sentence for this offense is three, six or eight years in prison.

PC 289(c)- Mentally disordered defendant and victim- If there is forcible penetration by a foreign or unknown object and both the victim and the defendant are mentally disordered patients at a state hospital, then, again, there does not have to be a showing of force if the victim was incapable of giving consent because of a mental disability or disorder. The punishments in this case are reduced: the crime is a wobbler and can be charged as a misdemeanor or a felony with a prison term of 16 months, 2 years or 3 years. This is presumably because of the disordered state of the perpetuator of the crime.

Example: The USA Olympic Doctor Larry Nasser was convicted and sentenced to several life-time prison terms for performing procedures, under the pretense of treatment, by digital penetrating the Olympic female athletes. This would be considered a “fraudulent representation” under the pretense that the “sexual penetration served a professional purpose” when it did not.

PC 289(e)- Drunk or Drugged Victim- Any person who commits an act of sexual penetration when the victim is prevented from resisting by any intoxicating or anesthetic substance, or any controlled substance is guilty of this code section. However, the condition must be known or should have been known by the accused. The punishment is three, six, or eight years.

PC289(f)- Pretense that Perpetrator known to Victim- For example, if a man lies down behind a woman in her bed pretending to be her husband, and the woman does not, in fact, realize that it is an imposter, and there is sexual penetration by a foreign object.

PC 289(g)- Authority of public office- This code section applies to someone who passes themselves off as a public official and threatens the victim with incarceration, arrest, or deportation.

“Public Official” means a person employed by a governmental agency who has the authority, as part of that position, to incarcerate, arrest, or deport another. The perpetrator does not actually have to be a public official.

PC 289(h)- Consensual sexual penetration of a 16 or 17 year old- This section applies to consensual sexual penetration of a minor, where no force is used and where the victim is 16 or 17 years old. It does not bar the use of PC 288, however. This crime is a wobbler and can be charged as a misdemeanor or felony, and the sentencing for the felony is lighter, 16 months, 2 years or 3 years, because of the consensual nature of the interaction.

PC 289(i)- Consensual sexual penetration by foreign object of a 14 or 15 year old- This section also applies to consensual sexual penetration of a minor by foreign object where no force is used, and where the victim is 14 or 15 years of age, and the perpetrator is at least 21 years of age. The term in prison is 16 months, 2 years or 3 years. Again, PC 288 can also be charged. The punishment here is again lighter because of the consensual nature of the interaction.

PC 289(j)- Consensual sexual penetration by foreign object of minor under 14, victim 10 years+ younger. This section also applies to consensual sexual penetration of a minor by foreign object where no force is used, and where the victim is under 14 or 15 years of age, and the perpetrator is at least 10 years older than the victim. The term in prison is predictably higher because of the youthfulness of the victim: 3 years, 6 years, and 8 years, although it could carry much higher terms under other code sections (see PC289 (a)(1)(D) above).

What are the Penalties and Punishments for Forcible Sexual Penetration with a Foreign Object PC 289?

For most subsections of PC 289, the term in imprisonment is 3, 6 or 8 years in prison (see above for specifics). However, the Judge can also grant probation with a successful 288.1 report, which is a psychosexual report by a professional regarding the defendant’s mental state.

Sexual Registration is one of main complications if you are found guilty of this felony. Under PC 290, it is required to register as a sex offender for the rest of your life. This requires you to reveal your place of work, your address where you live and other identifying information with law enforcement every year on your birthday. If you are homeless or transient, you must register every 30 days. With the click of a button, anyone can find you on the Meagan’s law website as a sex offender!

What are the Defenses to a Charge of Sexual Battery?

Consent- If the other person agrees to participate in the sexual acts, and is not a minor, and is mentally competent, and was not defrauded by you into thinking you were someone else, then you have a complete defense to the crime of forcible penetration by a foreign object. Even if you have a reasonable belief that the other person consented, then you must be found not-guilty.

Not enough Evidence- The prosecutor must prove you are guilty “Beyond a Reasonable Doubt”- this is the highest standard recognized by law. The level of proof must leave someone with a firm, lasting conviction that you are guilty of the crime in which you are charged. This is higher than the clear and convincing evidence of a civil fraud claim and much higher than the preponderance of the evidence of most other civil claims. Many sexual crimes cases are based primarily on the subjective statements of the complaining person and there is little or no objective evidence such as video tapes, DNA or independent witnesses. The police and detectives know this, and that’s why they try extra hard to get a statement from the accused. The police want to trap the defendant into making a confession or a misstep to seal their case. For this reason, it is imperative that you do not contact the police, and you hire an attorney right away. Many cases would be he-said she-said factual scenarios but for the self-defeating statements of the defendant.

Charges are False- Forcible penetration with a foreign object is sexual conduct which is notoriously ambiguous. We do not sign contracts to gain consent to perform consensual sex acts. Most times the consent is implied by the circumstances. These interactions are often based on implicit, nonverbal communication. This is where misunderstandings can occur between the person making the sexual advance, and the one receiving it. A misunderstanding is not the same thing as a crime for forcible penetration.

Past Sexual Conduct Later Regretted- If someone engaged in sexual conduct voluntarily, they may later regret it and falsely claim that the other person performed these acts forcibly. This is similar to a defense of consent or false charges (see above).

What are related offenses that can be charged?

Penal Code Section 288a oral copulation by force or fear is very similar to PC 289 forcible penetration, the only difference being that the sexual act in question is oral sex, not sexual penetration of the genitals or anus.

Sexual assault (Sexual Assault; Sexual Battery, PC 243.4)
claims often involve accusations of multiple sex acts. Therefore, PC 288a and PC289 can and sometimes are charged together. Oral copulation by force or fear is also a California felony. The potential prison sentence is the same as that for forcible sexual penetration—3, 6, or 8 years in most cases, but up to 12 years if the victim is a minor.

PC 243.4 sexual battery, the touching of another person’s intimate parts without their consent, for sexual purposes is a related crime to PC 289, forcible penetration and these two crimes are sometimes charged together.

What if there is no skin to skin contact with the victim, only with his/her clothes?

How can an attorney help me?

Hiring an attorney early is the best insurance policy you can have. A conviction for forcible penetration can wreck your life, ruin your job prospects, and destroy your reputation. Your instinct might be to avoid dealing with it, to deny the seriousness of the accusations. Get a lawyer early: an ounce of prevention is a pound of cure. We can go over the entire case with you and help you come up with a way to save yourself from the worst case, including speaking to the police on your behalf.

DON’T EVER SPEAK TO ANYONE IN LAW ENFORCEMENT.

At the Law Offices of Seppi Esfandi, we have decades of experience successfully resolving sex-related cases. We’ve done it over and over again, and can you do it for you as well. Our lawyers have the experience and ability necessary to help you obtain the optimal outcome in your case.