The Difference Between Direct vs. Circumstantial Evidence 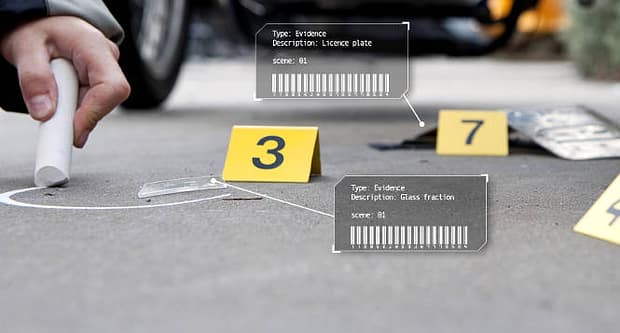 The Burden of Proof and Direct vs Circumstantial Evidence

The Burden of Proof and The Difference Between Direct vs Circumstantial Evidence, in Criminal Law, the ‘People’ represented by the District Attorney must prove a defendant’s guilt beyond a reasonable doubt in order to obtain a conviction of the crime.

The prosecution must divulge to the criminal defense attorney all relevant discovery material well in advance, including the evidence they intend to bring against the defendant. This evidence can either be direct or circumstantial.

Circumstantial evidence is ‘evidence’ that relies on an inference (steps of reasoning or speculation) to connect it to a conclusion of fact. If there is no direct evidence to accompany circumstantial evidence, then there are multiple explanations of what might have happened at the scene of a crime.

The defendant was accused of stealing a diamond necklace from a jewelry store. It was not caught on camera.

While all of these circumstances certainly look suspicious, there could be more than one explanation as to why these events occurred. Each one, and all of them combined are not a criminal act or indicative of a crime.

Direct evidence is evidence that directly connects the defendant with the crime he or she are charged with, without any inference (steps of reasoning or speculation) required. Direct evidence itself creates the single inference that supports the assumption of truth needed to convict a defendant of a crime.

In terms of testimony, a reliable witness testifying that they saw the defendant commit the crime is considered direct evidence. It should be noted that while witness testimony is strong, there are variations in the way people perceive factual events and can therefore be challenged, especially in instances of a single witness.

The defendant was accused of stealing a diamond necklace from a jewelry store. It was caught on camera.

Even just one of these pieces of evidence is likely enough to convict the defendant, and all of this evidence combined is what is called a ‘slam dunk’ or ‘open shut case’. The best the defendant can do is retain a lawyer to get the least impactful punishment for the crime that he committed.

How The Evidence is Used in Court

Evidence between the prosecution and the defense is first shared through a process called ‘discovery‘.

All of this evidence can be thoughtfully challenged by a seasoned defense attorney, and the case can be chipped away and eventually dismissed due to lack of evidence. If you do not have a proper criminal defense attorney, you may be convicted based on flimsy evidence and not even know it.

Were You Arrested for a Crime?

If you are faced with criminal charges after being arrested in Los Angeles, or Southern California, you need to hire an attorney who has long-standing professional relationships with Judges and District Attorneys, as well as a proven track record. Don’t panic. Let us help and get you a FREE consultation 24/7.