May 05, 2022 by Mikel Rastegar in California  Criminal Defense 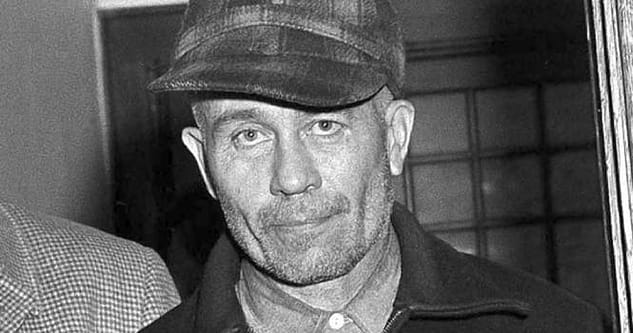 Ed Gein was found not guilty by reason of insanity and committed to a mental hospital for life.

Legal Insanity as a Defense

California’s Insanity defense refers to the California law which states that a legally insane person cannot be executed as the main suspect for the crime. The insanity defense covers those who do not understand their law and their moral wrongs.

McNaghten Rule is the term used for legal insanity. A convict can use this insanity state as a reason for not being guilty. For you to maximize the use of this defense, it is necessary to prove without reasonable doubt that as you were committing the crime, you were legally nuked.

Convincing the California Criminal jury that you were actually insane during the time of the crime will need proof from the state mental hospital.

California law explains a “legally insane” person as one who cannot understand the extent of their criminal act or cannot identify right from wrong due to a mental illness. The name, The McNaghten Rule, was formed due to the historical role played by McNaghten within his state of mental illness. Since then, if a defendant’s mental capacity matches Mc Naghten, they are taken to be legally insane and hence are not guilty of the crime they had been accused of in California. However, despite this window, the number of persons who commit crimes due to mental illness is not as high as would be thought.

With the passing of the Victim’s Bill of Rights in 1982, California implemented the Mc Naghten rule to represent the victims who suffered due to their insanity. For the rule to apply, one must prove either be unable to distinguish right from wrong or unable to understand the extent of her actions. However, no insane person can deliver both.

How to prove Insanity in California?

The proof should include how the defendant is insane under the “preponderance of the evidence,” which means it is highly likely that they were insane. However, the standard for proof is “beyond reasonable doubt” when it is the defendant’s guilt. Therefore, this means that the evidence provided is beyond doubt linking you to the murder. When the two standards collide and little effort is made on one side, the defendant often loses the insanity defense.

Entering “Not Guilty by Reason of Insanity” Plea

In California, there are two ways of entering insanity defense:

This is when your plea is “not guilty” and “not guilty with the reason of insanity.” In this plea, the defendant did not commit the crime being accused of; in the second plea, besides having committed the crime, they will have insanity as the defense. This dual plea gives you direct access to the California Criminal Court Process for the first not guilty trial; if found not guilty, you are rendered free, but if you are guilty, you go for a sanity trial which confirms your sanity levels. Here the court will decide not guilty on the grounds of insanity.

Sometimes, the defendants may plead guilty to the crime and plead to be released at the mercy of the insanity defense. They sometimes do as a way to avoid the many standards in the dual plea. Hence all the defendant has to do is give out the sample of the baby’s symptoms. In this plea, the court starts the sanity trial directly.

If a defendant is actually found to be mentally ill, they are treated differently. They are sent to the Mental Hospital in California. This will help the defendant with rehabilitation, treat them and offer a secure environment for the defendant’s family. The defendant remains in the mental hospital until they are fully recovered, served imprisonment within the facility, and in case of an out-patient offering to the defendant. Whichever comes first will lead to the defendant’s release as a more important factor.

Charged with a Crime?