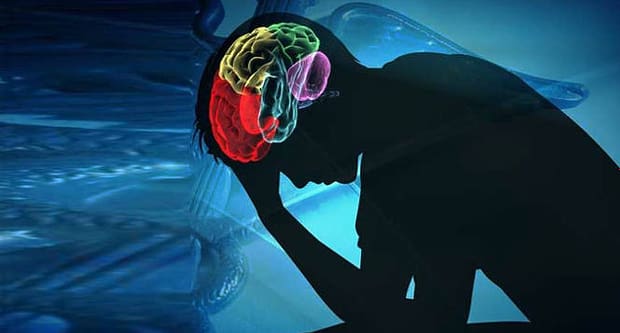 According to the United States Justice Department, over 16% of the inmates in U.S. jails have not a mental health and don’t know about criminal law.

The profile of individuals with mental health problems in the criminal justice system is multiple and varied. They include:

As soon as an arrestee asks for a lawyer, the police must cease questioning that person entirely. However, an accused can waive his or her right to have his or her attorney present as long as the waiver is “knowing and intelligent.”

This is very important in the context of a person with a mental illness because, believe it or not, a confession given during a police interrogation is valid, even if the person questioned clearly has a mental illness, which could inhibit a person’s ability to reason. Therefore it is critical to get an attorney for a criminal suspect or defendant with a mental illness as soon as possible.

Without an attorney present, the police may extract a confession from the accused without the accused realizing what is happening.

Even though evidence of the mental illness might be introduced later at trial to discredit the confession, it still may not fully remove the impact of that confession.

The Criminal Responsibility of a Defendant Diagnosed with Insanity

Suffering from a mental disorder does not automatically exempt a person from criminal responsibility. A thorough legal and psychiatric review will determine the person’s mental state. The verdict will then be guilty, not guilty, or not criminally responsible on account of mental disorder.

Consumers and/or family members should not contact the prosecutor without first discussing their options with an attorney. Providing as much information about the accused’s mental illness and its impact on his/her actions is imperative to the proper course of action.

Proper advocacy aimed at the prosecutor may greatly influence the charging decision. For example, in some cases, a possible felony charge may be reduced to a misdemeanor charge, or infraction.

Defendants Must be “Competent to Stand Trial”

Competency is a legal principle that addresses a defendant’s current mental state. Before any criminal case can proceed to trial, a defendant must be able to understand the proceedings.

A person isn’t competent to stand trial if, because of a mental health disorder, he or she does not understand the nature and object of the charge or the possible consequences of the charge or if he or she is not capable of communicating with counsel regarding the direction or options he or she has about their case. Competency can change based on a number of factors, including medication, counseling, or a fundamental change in the defendant’s mental health diagnosis.

There is a common misconception that if an individual is found incompetent, it is the same as being found not guilty. In reality, if the defendant is deemed incompetent, there is no trial, and no conviction or acquittal.

If a person has committed an offense under the criminal law and suffers from a mental health problem, his or her fitness to stand trial may be questioned. A finding of incompetence merely signals a hiatus in the criminal proceedings.

Competency to stand trial may be less important in misdemeanor cases than in felonies. This is true because in a misdemeanor case, if the defendant is so ill that he or she cannot stand trial, he or she will likely have been placed into the mental health system at an earlier stage in the proceedings.

Under California law, a person is “legally insane” —and able to assert the legal defense of insanity— if, because of a mental illness, she/he EITHER

If a defendant’s mental state meets the McNaghten test, it doesn’t matter whether it was a permanent condition or a temporary one – even if it lasted only a few hours. Temporary insanity qualifies for the California insanity defense just as a permanent mental condition does.

In general, protection based on insanity is used only in 1% of criminal cases and achieves success only in 25% of cases. “Not guilty by reason of insanity” is how the jury formulates its verdict against the accused defendant, who is deemed insane by this jury.

For the defendant with a mental illness, a plea bargain can achieve the goals of avoiding incarceration and assuring treatment. A plea bargain may include specific elements, such as recommended sentence and place of confinement. It is important to note that a plea agreement must be accepted by a judge.

Did the police arrest you for any crime in the greater Los Angeles area? We cannot stress enough the importance of consulting and retaining a lawyer to protect your rights, privacy and future.