What is the Age of Consent in California? 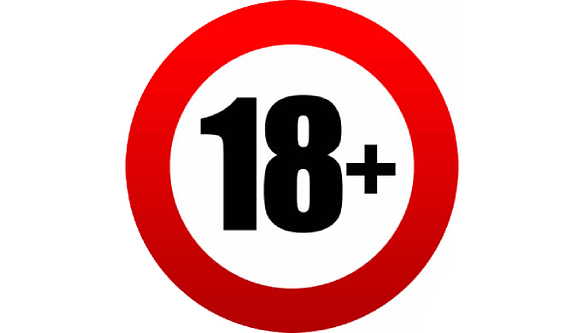 What is the Age of Consent in California?

The legal age of consent is the age at which an individual can legally consent to undertake sexual relations with another. This age limit governs all intimate relations, whether the minor is male or female.

In California, the legal age of consent is 18 years old.

The Golden State, like many others, prohibits sexual intercourse with a person under the age of consent. The principal mechanism used by California prosecutors against those accused of such a violation is Penal Code Section 261.5.

This provision encompasses the penalties for behavior considered “statutory rape.” The age of consent is the legal age at which a person can engage in sexual intercourse with an adult (there is essentially considered no age of consent other than adult maturity)—an individual over 18 years old is an adult, and a person under 18 years old is a minor. Those who interact with a minor in any sexual manner have committed a crime under the penal law. An 18 year old high school senior is committing a crime by engaging in sexual intercourse with a 15 year old sophomore, as illustration. Penal Code Section 261.5 itself states that:

Under Penal Code Section 261.5(b), a person who engages in sexual intercourse with a minor:

Under Penal Code Section 261.5(c), a person who engages in sexual intercourse with a minor:

Under Penal Code Section 261.5(d), a person who is 21 years of age or older and engages in sexual intercourse with a minor:

The punishments for these violations range in incarceration time and fines/fees. Following a conviction of Penal Code Section 261.5(b), a defendant could face up to six months in jail and a $2,000 fine. Under Penal Code 261.5(c), the punishment could be up to a one-year jail term for a misdemeanor or three years incarceration plus a $10,000 fine for a felony charge. Section 261.5(d) dispenses the strictest penalties, with punishment of a one-year jail sentence as a misdemeanor, but up to four years incarceration and a hefty $25,000 fine as a felony.

Although Penal Code Section 261.5 is the predominant apparatus for these cases, there are several other Penal Code sections law enforcement has or could use as deterrents for sexual misconduct with minors. For instance:

A person who willfully and lewdly commits any lewd or lascivious act, upon or with the body, or any part or member thereof, of a child who is under the age of 14 years, with the intent of arousing, appealing to, or gratifying the lust, passions, or sexual desires of that person or the child, is guilty of a felony and shall be punished by imprisonment in the state prison for three, six, or eight years.

A person who commits such an act with the intent described, and the victim is a child of 14 or 15 years, and that person is at least 10 years older than the child, is guilty of a public offense and shall be punished by imprisonment in the state prison for one, two, or three years, or by imprisonment in a county jail for not more than one year. PC § 288.

Any person who participates in an act of sodomy with another person who is under 18 years of age shall be punished by imprisonment in the state prison, or in a county jail for not more than one year. PC § 286.

An individual who solicits anyone to engage in or who engages in lewd or dissolute conduct in any public place or in any place open to the public or exposed to public view is guilty of lewd conduct. PC § 647(a).

Any person is guilty of pandering if he or she procures another person for the purpose of prostitution, by promises, threats, violence, or by any device or scheme, causes, induces, persuades, or encourages another person to become a prostitute. PC § 266i.

Every person who contacts or communicates with a minor, or attempts to contact or communicate with a minor, who knows or reasonably should know that the person is a minor, with intent to commit an offense as otherwise specified in the Penal Code, involving the minor shall be punished by imprisonment in the state prison for the term prescribed for an attempt to commit the intended offense. PC § 288.3.

Any person who commits an act of sexual penetration upon a child who is under 14 years of age, when the act is accomplished against the victim’s will by means of force, violence, duress, menace, or fear of immediate and unlawful bodily injury on the victim or another person, shall be punished by imprisonment in the state prison for eight, ten, or twelve years.

Any person who commits an act of sexual penetration upon a minor who is 14 years of age or older, when the act is accomplished against the victim’s will by means of force, violence, duress, menace, or fear of immediate and unlawful bodily injury on the victim or another person, shall be punished by imprisonment in the state prison for six, eight, or ten years. PC § 289.

Anyone who knowingly distributes, sends, causes to be sent, exhibits, or offers to distribute or exhibit by any means, including by physical delivery, telephone, electronic communication, or in person, any harmful matter that depicts a minor or minors engaging in sexual conduct, to another person with the intent of arousing, appealing to, or gratifying the lust or passions or sexual desires of that person or of the minor, and with the intent or for the purposes of engaging in sexual intercourse, sodomy, or oral copulation with the other person, or with the intent that either person touch an intimate body part of the other, is guilty of a misdemeanor, punishable by imprisonment in a county jail not exceeding one year, or is guilty of a felony, punishable by imprisonment in the state prison for two, three, or five years. PC § 288.2.

Any person who touches an intimate part of another person while that person is unlawfully restrained by the accused or an accomplice, and if the touching is against the will of the person touched and is for the purpose of sexual arousal, sexual gratification, or sexual abuse, is guilty of sexual battery.

An assault is an unlawful attempt, coupled with a present ability, to commit a violent injury on the person of another. PC § 240.

A battery is any willful and unlawful use of force or violence upon the person of another. PC § 242.

The crime need not be an assault or “non-consensual” (as discussed above, a minor can never factually consent to sexual intercourse in the state of California), to be prosecuted and punishable. Any sexual relationship between an adult and a minor is considered statutory rape. However, there are certain defenses to statutory rape, depending on the particular set of facts.

For example, California has a marital exemption for statutory rape that allows married people to have consensual sex even if their ages would prohibit it otherwise. Think of a scenario in which Sarah, a 16 year old female willingly and of her own accord has intimate relations with her 25 year old boyfriend, Ted. Ted can now be charged with rape and a plethora of other child endangerment laws because Sarah is legally incapable of giving consent. However, if Sarah and Ted were married and residing in California, their relationship would be acceptable under the marital exemption to the Penal Code statutory rape laws. (Nevertheless, if Ted were to forcibly penetrate Sarah against her will, he would have no such protection and could be charged with rape, battery and/or assault crimes.)

It is also important to note that in California, it is illegal for anyone to engage in sex with a minor—even another minor. The only exception is if the parties are married, and a minor cannot legally marry in California without a court order. See FC § 302. There is considered a “Romeo and Juliet” exemption, however, for consensual sex between a minor and a person who is three or fewer years older or younger, and where no force, threat of force or violence is involved. This limited exception serves only to reduce the conduct from a felony to a misdemeanor offense, but still considers the conduct a crime. However, although the conduct is still illegal, someone protected by this exemption could face the possibility of smaller fines and reduced jail time.

Lastly, genuine mistake of age is a defense that can be used to show the defendant did not know the victim was underage. The mistake of age defense can only be used if the accused truly and reasonably believed that the minor was over 18 years old. There must be evidence to prove the reasonable and actual belief existed. The defendant can show for instance, that the minor claimed and appeared to be over 18; the minor had identification showing he or she was over the age of 18 years old; the minor was in an over 18 years old venue (such as an adult bar or nightclub); or other evidentiary clues of that nature. If the victim is obviously a minor, however, the mistake of age defense is not a viable option.

Statutory rape crimes can be considered “wobbler offenses” that range in penalties from misdemeanor to felony convictions—depending on the circumstances surrounding the crime, the defendant’s criminal history, and more. If you have been charged with a statutory rape crime violation, it is important that you meet with a Los Angeles criminal defense attorney immediately to obtain the lowest sentence possible. Being accused of such a crime can lead to serious consequences for those convicted. Working with a skilled attorney will help your case tremendously. The ideal attorney can research and apply the right defenses to your particular case. If you or someone you know have been accused of a crime involving a statutory rape violation, it is critical that you meet with an experienced criminal defense attorney as soon as possible.

If you or a loved one has been arrested, or needs to have their arrest record sealed (PC 851.8 or PC 851.91), or a conviction expunged in the Southern California area, we invite you to contact us immediately for a free case review.