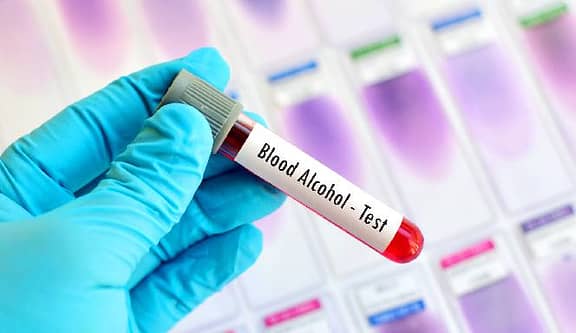 If the police stop you in California under suspicion of driving under the influence of alcohol (DUI), you’ll be given a choice to have either a blood or breath test for blood alcohol concentration (BAC). Those the police suspect are driving under the influence of drugs (DUID) will only be given a blood test since no breath test can accurately measure intoxication by drugs.

In both cases, the timing of the BAC test is critical. As time goes by, the body naturally absorbs and eliminates substances. The longer it takes police to administer the test, the less reliable the results will be, and potentially erroneous results are more likely to be challenged in court.

Can You Refuse a BAC Test?

Like all states, California has an “implied consent law.” By operating a vehicle, drivers imply their consent to taking a BAC test if requested. However, providing a breath sample on a preliminary alcohol sensor (PAS) device at the scene is voluntary for most drivers over 21 years of age. Drivers currently on probation for DUI are legally required to take a PAS test if requested to do so by a law officer.

If arrested on suspicion of DUI, the driver has the option to take a blood test or a breathalyzer.

Breathalyzer tests are given on a machine at the police station and provide instantaneous results. Blood tests require transportation to a hospital or lab where a medical professional can administer the test. Personnel must follow certain stipulations during the administration of a valid blood test, including the following:

Due to the time delay involved with a blood test, police officers may encourage a driver to choose the breathalyzer, which is faster and easier. But taking a breathalyzer test may not be in the driver’s best interest.

While it is technically your right to refuse BAC testing, doing so may create more legal problems in the long run. Refusing any type of testing will result in an immediate one-year license suspension and won’t protect you from being arrested for DUI. A prosecutor is likely to use your refusal as further evidence of guilt. There are exceptions for people with specific medical conditions. For example, hemophiliacs and those who take coagulants to treat a heart condition may be exempt.

Why the Timing of BAC Testing Matters

For most people, the liver can process about one serving of alcohol per hour. If a person consumes more than that, excess alcohol enters the bloodstream and is exhaled through the breath. Breath tests can detect alcohol for up to 24 hours after consumption, and blood tests can detect it for about 12 hours after the last drink.

The results of a BAC test taken after a suspect has been driving may not accurately represent the driver’s actual BAC while they were operating the vehicle. BAC levels can rise or fall with time.

It is possible to appear intoxicated even after consuming a limited amount of alcohol, depending on individual metabolism rates. For example, a driver may be under the legal limit for BAC while driving but test at a higher rate later if their blood alcohol is still rising. If their blood alcohol level is in decline, they may test over the limit in the field and within legal range later at the police station or hospital.

Long delays in testing can affect the reliability of BAC testing, sometimes resulting in levels that are under the legal limit of 0.08 percent. If a test gets delayed three hours or more, the prosecutor and the defense may require testimony from a toxicologist.

Although the timing of a BAC test affects the reliability of the results, you cannot “beat” a blood alcohol test. However, an experienced DUI attorney knows how to challenge the results based on the timing and procedures.

If you or someone you know has been arrested for DUI, finding an attorney knowledgeable in BAC testing and DUI cases is crucial. Every person deserves fair and honest representation with evidence that is reliable and accurate.

Do you need a Los Angeles DUI Attorney who understands the complexities of BAC testing? Call Esfandi Law Group today for a free consultation.