What Happens at a California Arraignment? 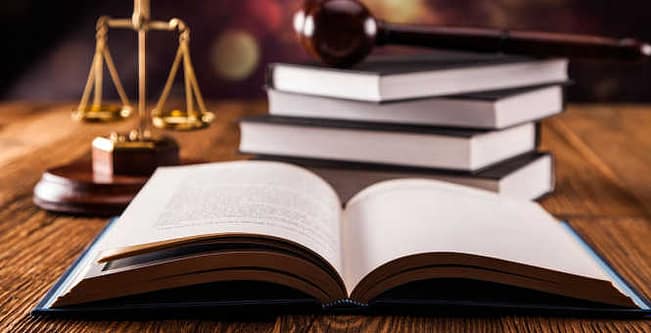 Here at Esfandi Law we get lots of questions about What Happens at a California Arraignment process?, so we decided to answer the most frequent ones in this article.

What Happens at a California Arraignment? Many people are confused or misinformed about what to expect at an arraignment. They are often left with more questions than answers once they leave the courtroom. It’s important to know what to expect well before you appear. The purpose of this blog is to clarify these misconceptions and to help you consider other important issues relating to an arraignment.

What is an arraignment?

An arraignment is a brief, initial court appearance following an arrest. It must be held within 48 hours, not including weekends and holidays, if you’re in custody. If you’re out of custody, it may be held several weeks after you’ve been released from custody. It signifies that the prosecutor believes sufficient evidence exists to show you may have committed a crime and that a complaint has been filed.

What Happens at a California Arraignment?

When you appear at your arraignment, go to the courtroom your case is assigned to. If you don’t know where this room is located, simply ask one of the guards at the building entrance. You may find arraignments chaotic, confusing and perhaps intimidating. This is normal, especially in urban courts. You’ll see the courtroom buzzing with prosecutors, attorneys, defendants, witnesses, and sometimes victims.

If you’re represented by an attorney, your case will likely be called early. If you appear alone, then you may have to wait much longer. It’s not unusual for a defendant to wait the entire day for her/his case to be called if you appear without an attorney.

You want to make sure you appear dressed in business casual attire. Remember, this is the first time the judge and prosecutor will see you. You want to give a different impression than how the police report portrays you. Remove or groom any facial hair. Cover any visible tattoos. Don’t appear too happy or too distraught. Try to maintain a calm but confident demeanor.

Once the judge calls your case, you’ll walk up to the podium. The judge will read the charge(s) against you. All you will respond with is “Guilty” or “Not Guilty”, that’s all. This is not the time and place to argue your case, to explain yourself, to refute evidence, or to cross-examine witnesses. This will come later, assuming you plead Not Guilty at the arraignment.

Upon entering your plea, the judge will then schedule your next court date, which will be a pre-trial conference if you’re charged with a misdemeanor, or a preliminary setting if you’re charged with a felony. By the time you walk out of the courtroom, you or your attorney should have a copy of available “discovery” (see Discovery blog) to begin preparing for your next court date.

Will I be re-arrested at my arraignment?

Not necessarily, but it depends. If you posted bail while in police custody, there is a possibility you may be taken back into custody for any of the following reasons: The prosecutor asks the judge to raise your bail because he/she believes you’re a flight risk, pose a threat to the community, a change in the facts of your case leading to new criminal charges, you’ve had prior failures to appear in past criminal cases, or you have an extensive criminal record.

If the judge raises your bail, or you believe that any of above scenarios applies to you, then it’s best for your or your attorney to coordinate with a bail bondsman ahead of your arraignment so that, if taken into custody, you can post bail immediately.

Also, if the court finds out you’re on parole or probation, or that you have outstanding warrants for unrelated cases, you may be taken into custody and have a “hold”, thereby preventing you from posting bail. If this applies to you, call us to discuss potential strategies to address this complication.

If I’m in custody, can I ask the judge to release me at my arraignment?

Yes, of course. Better yet, hire an attorney to argue for an O.R. (release on your own recognizance). Assuming you don’t have a warrant or probation hold, that the facts of your case don’t change, don’t have a long criminal record, or don’t have prior failures to appear for past cases, there’s a good chance the judge may release you.

Prosecutors may argue for a raise in your bail if they can show that you’re a flight risk, a threat to the community, or that the allegations against you are especially heinous and offensive. However, your attorney can counter-argue because prosecutors may not have all the facts, or may simply be misinformed. Our strategy is to always argue against raising bail but the decision is ultimately up to the judge. In case the judge rules against an O.R., we then argue for a reduction of bail. Hopefully, the judge will agree to reduce the bail to an amount that reachable for you and your family.

If the judge releases you on O.R., then you’re free to go while your case is ongoing. In the meantime, you must obey all laws and appear to all court dates, if you’re facing felony charges. Otherwise, your attorney may appear on your behalf for future appearances. If the judge raises, refuses to reduce your bail amount, or release you O.R. then you may spend the entire time fighting your case in custody.

Do I need an attorney at or before my arraignment?

Judges routinely grant continuances at arraignments to give you more time to hire an attorney. But don’t make it a habit. You’ll likely be granted one continuance without hassle from the judge. Any more than that and you’ll annoy the judge.

Psychologically, it’s best to have an attorney at your arraignment because the court will see that you mean business. Both the judge and prosecutor will automatically know that you’re not willing to easily accept whatever plea deal they’re offering all the other defendants that appear without an attorney that day. Also, your attorney will likely walk out of the courtroom with the discovery file that day. The discovery file contains things like the police report, arrest report, witness statements, pictures, videos, etc.

If you’re represented by the a court-appointed attorney, it’s highly unlikely he/she will have time to meet with you to review the discovery together nor will they make a copy for you to take home an analyze. The more closely you and your attorney work together, the more efficient the defense strategy-building process will be.

How likely is it that my case will be dismissed at my arraignment?

Highly unlikely. Even if the case against you seems weak or it seems obvious that the charges against you are a huge misunderstanding, it’s still unlikely the case against you will be dismissed. If you believe that this applies to you, then it’s absolutely crucial to hire an experienced criminal defense attorney in advance of your arraignment.

Intake prosecutors are very busy individuals managing a large caseload. By the time your arraignment comes around, not a lot of time or money has been spent on your case by the prosecutor’s office. Therefore, a proactive attorney may be able to secure a pre-arraignment meeting to show the weakness of the evidence, or lack thereof, and thereby obtain a rejection of your case before arraignment.

Although this is absolutely possible and we’ve done this many times, hiring an attorney for a perceivably weak case still does not guarantee that the prosecutor’s office will agree to meet before the arraignment. But it doesn’t hurt to try.

Once your attorney sits down with you to review the discovery file and if in fact the case against you is weak, or riddled with inconsistencies and/or contradiction, then your attorney will be able to build a solid defense strategy to attack the case head-on at future court appearances.

I appeared at my arraignment and the clerk told me that my case wasn’t filed or that I wasn’t “on calendar”, does that mean my case is dropped or dismissed?

Not really. It’s not unusual for defendants to appear at their arraignments with their attorney and well prepared only to find out that their case is “not on calendar” or that their case hasn’t bee filed (same thing). This does not mean that your case is dismissed. What it means is that, for whatever reason, the prosecutors office has not filed the case against you.

Sometimes a prosecutor’s office will finally decide to file your case many months after your arrest and will not bother to inform you. Instead they’ll either issue a warrant for your arrest or they’ll schedule your arraignment without your knowledge. You’ll then miss your court date, a bench warrant for your arrest will issued and they’ll deal with you when the find you. This is not how you want to start off your case. And this only highlights the importance of having representation form the very beginning.

What is Early Intervention?

One of Mr. Esfandi’s specialties is early intervention. Early intervention refers to the time between a defendant being arrested and their charges being filed. Seppi Esfandi is an expert at contacting the prosecuting agency and convincing them that there is insufficient evidence to successfully prosecute.

By utilizing an early intervention expert, it’s possible to have a case dismissed without any effect on one’s criminal record.

Conclusion for What Happens at a California Arraignment?

A criminal arrest is not something you should or can take lightly. Not only do you stand to face a number of legal penalties, but you could also face other consequences that last for some time. We’re here to help. Give us a call if you’ve or your loved one has been arrested in Southern California.

Seppi Esfandi is an Expert in Criminal Law who has over 20 years of practice defending a variety of criminal cases.