California Self-Defense Laws: Can I Be Arrested For Self Defense? 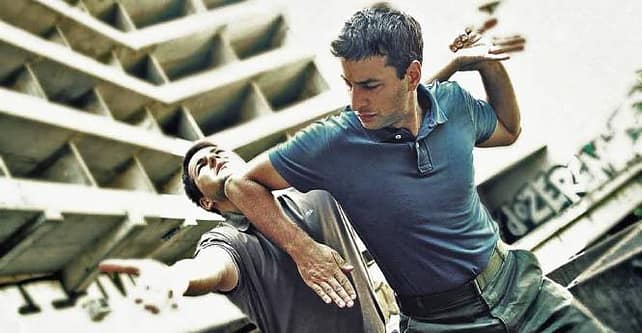 Can I Be Arrested For Self Defense?

California law allows you to claim self-defense when charged with assault on another.

This means that an individual is permitted to use a rational amount of force under the circumstances, to protect themself, another person, or property.

However, we must understand just when you can claim self-defense under California criminal law and when your actions may be considered unreasonable for self-defense.

So, can you be arrested for self-defense?

Yes. And you may have to prove your case and fight for your freedom.

What Counts As Self-Defense Under California Laws?

California’s Criminal Jury Instructions, Section 505, defines what is considered self-defense in California. Thus, according to this section, a person can be excused from committing a crime if they can prove:

Examples of crimes where self-defense is a logical defense strategy:

Key Elements Focused On When Claiming Self Defense

Self-defense serves as a valid defense when the accused sensibly believes they were in immediate danger. This means the defendant was facing a present harm or threat.

Therefore, a defendant can claim self-defense if the harm they are facing is in the future. No matter how near in the future or likely the crime is thought to be.

One can only claim self-defense if they had a rational belief the danger existed. This does mean that the belief of danger has to be correct. As long as the accused trusted that the information was honest and reasonable. To establish reasonableness, a judge or jury will take into account all the circumstances that were known to the defendant and how a reasonable person would react in the same situation.

You can only claim a self-defense act if the amount of force you used was logically necessary to prevent the perceived harm. If more force than necessary was employed, the defendant cannot claim they were acting in self-defense. However, you should note that someone who has been threatened or harmed by another in the past is more justified in acting more quickly or taking greater self-defense measures against the individual.

You can also declare a self-defense act even if you used deadly force. As long as the defendant can prove they were in imminent danger of being killed, seriously injured, or the victim of a crime such as rape.

Can You Claim Self Defense if You Were the Initial Aggressor?

Yes (in certain circumstances). Provided the initial aggressor made a good faith attempt to stop the fighting and indicated it to the other person, or you initially used non-deadly force, and the person responded with deadly force. They can legally claim self-defense.

Can You Claim Self Defense if Protecting Others?

Yes. California law permits you to protect others in self-defense if:

What About The Defense Of Property?

A person can still claim self-defense for protecting their or another person’s property provided; they had a rational belief that the property was in immediate threat of harm and only used reasonable force to protect the property from danger.

The law is even stricter if the property in the situation is the accused’s home. California operates under the Castle Doctrine laws, which state that an individual has no duty to retreat if met with an illegal intruder in their home. Plus, under California Penal Code 198.5 PC, a person is assumed to have a reasonable fear of immediate danger if a person illegally breaks into their home.

As such, one can declare self-defense even when deadly force is used to defend themselves or others in their home from someone who unlawfully breaks in.

Do I Have A Responsibility To Retreat?

While California does not have an established “Stand Your Ground Statute,” California courts recognize that a person has no duty to retreat from imminent even if retreating would have been safer.

Thus, a person is well justified to stand their ground and protect themselves in self-defense.

Acting In Self Defense? Call A Lawyer!

Have you been accused of a crime but were only acting in self-defense?

Contact our firm. Self-defense is a valid argument to help get your charges dropped, and we can help you create a convincing defense that will help you prove this in court.