School Safety: What’s the Most Common Crime on College Campuses?

May 06, 2022 by Madison Ferguson in Special Report 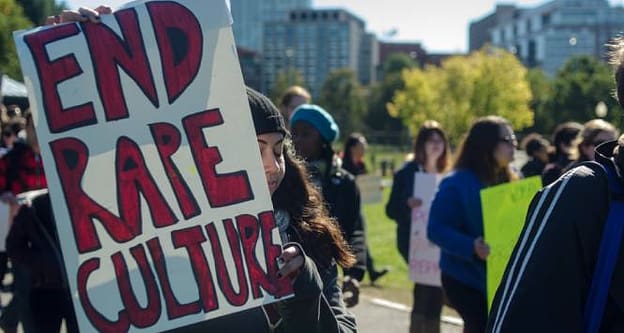 Everyone needs to be assured of safety wherever they may be included on the college campus. However, attaining 100% safety is quite a challenge, especially in college, where we constantly see a variety of crimes being reported. College campuses with an increased number of students have a higher vulnerability to increased crime.

Out of all the crimes on a college campus, here are the most common ones:

These are offenses such as rape and rape of an intoxicated woman. These offenses are the most common crimes on campus, with numbers increasing year after year. In 2019. These crimes accounted for 42% of the total crime rates on U.S Campuses. The increase can be accredited to the increase in the need for justice and the empowerment to talk out about sexual harassment. The increase could also be accounted for by the increase in students in the colleges, the increase in freedom among students, and the decline in ‘traditional morals’ within the society. The forcible sex issues have brought great consequences to the victims.

If anyone is accused, they should seek a criminal lawyer defense to lay out matters, especially if the accusations are false. They help get justice by collecting all the valuable evidence and sorting it to prepare a legal document.

These include crimes such as theft, robbery, and burglary of someone’s property. This is the second most common crime on a college campus. In the U.S Campus Crime Rate of 2019, Burglary accounted for 33% of all campus crimes. Burglary includes the theft of phones and laptops, which are the most vulnerable items, around the Campus. These crimes are dealt with within the campus disciplinary board; however, if the burglary is off-campus, the local authority is involved.

Bullying is a common crime on campus grounds. Students often bully or harass new students in the extreme. However, despite it being a traditional passage, it is a crime. Some of these harassment cases persist from just verbal abuses to physical fights that lead to serious injuries. Harassment is also common in campus relationships where these partners are ungrounded. These crimes may be solved within the Campus or off-campus if the injuries are too severe or caused off-campus.

Drugs are also a common crime on campus. This is despite the effort taken through the Campus Security Act of 1990 to try and reduce the usage of illegal substances. The efforts made were aimed at improving security and safety. Drug abuse is related to other crimes committed under the influence, such as physical violence and sexual harassment. For some, they possess weapons on the campus. Drug-related crimes can be solved internally if the damage is within the school compound or off-campus if the damages are not within the school.

How can you stay safe on Campus and still Experience Campus life?

Many students get involved in campus crimes to have fun, but they forget the consequences that come with their actions. Here are some ways to avoid getting into trouble:

Know your campus. Ensure you know your way around the school to avoid getting lost. This leads to unforeseen sexual harassment when lost within the school grounds. Download the campus map to be sure, or get a friend to show you around.

Ensure you lock your room doors and lockers. Additionally, ensure you have locked your car. Hide your valuables in places where people cannot access them. Hence you won’t experience theft.

Every Campus has a system for an emergency as well as an emergency assembly area. Ensure you know these locations perfectly. Also, make sure you have the campus hotline number to call during an emergency.

Know some self-defense techniques by taking defense classes offered on Campus. Also, cry some self-defense items such as spray pepper, or a whistle, anything that can help you stop the attacker or get the attention of someone who can help.

You must have fun on Campus, but ensure this fun should be limited. Drink only enough, and ensure you have a trusted ride back to your apartment or room. Avoid making new plans when under the influence of alcohol.