May 12, 2018 by Mikel Rastegar in Criminal Defense 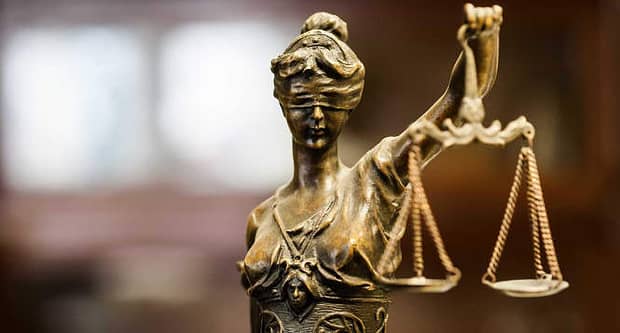 The following are some of the more common legal defenses that may be applicable to your criminal charges. It’s always best to speak with a criminal defense specialist about the details of your case.

This defense can be used only if the criminal offense involves the element of intent. That is, offenses where the alleged perpetrator purposefully committed a criminal act, such as theft. If the conduct in question was accidental, there is a valid defense against the charge.

It’s important to note that some criminal offenses do not have an intent requirement, thus claiming it was an accident is not a valid defense. Speaking with a criminal defense attorney about the details of your case is the best way to find out your best options.

Sometimes a defendant’s action is a simple “mistake of fact”, with no malicious activity intended. In other words, you made a mistake that seemed like you committed a criminal act. This defense is not to be confused with a mistake of law (the defendant not being aware that their act was a crime), which is typically not a defense. This defense is only effective where the mistake of fact is reasonable, given the circumstances.

In essence, self-defense means that you were forced to take reasonable action in order to protect yourself or others. An act taken in self-defense is not a crime, and carries no punishment. In general, the defensive force used must be proportionate to the threat.

An alibi is a third party that can confirm your side of events, and their statements lead to the conclusion that you did not commit the crime you are charged with. It is important to corroborate any alibi for it to hold weight in your case. This includes credible witness statements and physical evidence (such as tickets, receipts, video footage).

This defense may clear you of criminal liability if it can be successfully demonstrated that, because someone gave you permission to do something, there was no crime. However, public policy requires courts to lay down limits on the extent of the consent. In other words, the defense must be reasonable given the circumstances.

In rare instances, it may be necessary to commit a crime for the ‘greater good, or to avoid something worse. In such a case, a defense can be raised that would exonerate you from criminal liability, given the special circumstances.

This defense is also known as the “heat of passion” defense. Provocation is a series of events or circumstances that cause an otherwise reasonable person to lose self-control or their sense of judgment. In these cases, the criminal act is less morally culpable than a premeditated act done out of malice aforethought. It is most often used to mitigate a charge of murder to manslaughter.

Entrapment occurs when someone only commits an offense due to harassment, threats, or extreme coercion on the part of law enforcement agents. The entrapment defense is most effective when it can be shown that police pushed the limits by acting too aggressively in getting normally law-abiding people to violate the law. In other words, the police can lie, but they are limited in the amount of lying and harassment they can do.

The Fourth Amendment of the U.S. Constitution protects your privacy by placing limits on the power of law enforcement agencies to make arrests, search people and their property, and seize contraband (such as your computer or drugs). If the police did not follow the law precisely at every step, then an illegal search and seizure defense can be your ticket to a dismissal.

10. Lack of Probable Cause

The U.S. Constitution requires that the police have probable cause that a person has committed a crime before they can justify a stop and arrest of that person. They cannot just “Stop and Frisk” people at random.

When probable cause is absent, the defendant can challenge the stop, search or arrest for lack of Probable Cause by making a motion to suppress pursuant to California Penal Code 1538.5 PC. This usually leads to a dismissal.

If you or a loved one have been arrested and charged with any crime in Los Angeles, exercise your constitutional rights. Do not sign anything, admit to anything, or agree to anything before you meet and consult with our experienced lawyers.