What is “Contempt of Court” in Criminal Law? 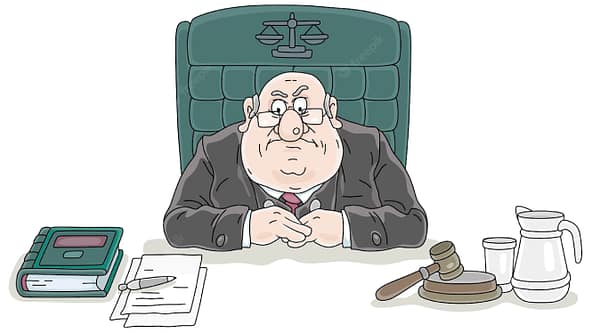 Disobedience to a court order is considered contempt of court. In California, like in most states, civil contempt and criminal contempt are recognized as forms of contempt of court. There are certain occasions in California when criminal contempt of court is used. An individual’s behavior causes them to be regarded “in contempt” and punished. “Indirect” contempt, or contempt committed outside the courtroom, may be considered misconduct. Failing to pay child support, for example, is an example of this kind of misconduct. “Direct” refers to courtroom misconduct that occurs throughout a case. Non-compliance with a court order to keep quiet includes tampering with evidence or witnesses, failing to appear in court when summoned, and failing to appear in court when directed to do so by the judge.

Contempt of Court Defined in California

Contempt for a court’s authority includes the following actions or omissions concerning the court or its proceedings:

Penalties to a Contempt of Court

Legal Defenses to a Contempt of Court

The prosecutor’s case must prove each element of contempt in court. Prosecutors must be able to prove: The defendant defied a court order that was given to him legally; they were aware of it and its conditions; they were competent to comply, and they did so knowingly and voluntarily.

Contempt may be fought by asserting:

The defendant must argue they didn’t purposefully defy the court order or action because they didn’t know about it, did it by mistake, or couldn’t follow it.

The defendant might claim he didn’t do any disrespectful acts to establish his innocence.

The defendant might allege they’re wrongfully blamed for disobeying a court order.