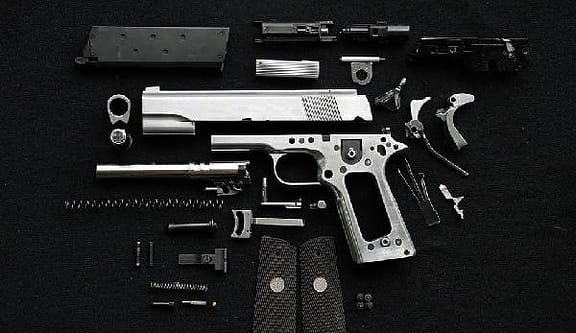 A PC 12022 Sentencing Enhancement is any punitive regulation increasing the total incarceration period served for a crime based on a facet of how the crime was perpetrated or who committed the offense (Three Strikes law, for example). Under California jurisprudence, all sentencing enhancements are condensed within Penal Code Sections 12001 through 12022.95.

Specifically, a sentence for a felony can be “enhanced” if a firearm was used or possessed during the commission of a crime.

Accomplice liability is also applicable in these circumstances (an individual may be charged with a firearms enhancement even though it was a co-defendant who possessed the weapon).

Every enhancement enumerated in the Penal Code has the ability to subject a defendant to a range of years in prison. The period of time dictated by the enhancement is in addition to and following any other sentence received for the underlying felony offense itself.

Each of the firearm sentencing enhancements sets out a specific range of time—with the ultimate number of years added depending on factors such as the particular weapon used, whether the weapon was actually fired, how the firearm was brandished or used, the underlying felony crime committed or attempted and/or the criminal history of the perpetrators.

Under statute, possessing ammunition designed to pierce metal or armor shall be punished by an additional term of three, four or ten years. For this specific charge, the court is to order the median term unless there are circumstances in aggravation or mitigation. An individual will receive a three, four or ten year enhancement if he/she uses a firearm or a deadly weapon in the commission of a sex crime violation. However, if the person is only armed with a firearm or deadly weapon, he/she will receive a one, two or five year enhancement for commission of the same sex crime offense.

When giving or attempting to give another a firearm for the purpose of aiding, abetting or enabling the commission of a felony, in addition to any punishment received for the underlying crime, a co-conspirator can be punished by an additional term of one, two or three years in prison.

Causing great bodily injury or death to another while firing a weapon from inside a vehicle during the commission of a felony or attempted felony is punishable by an additional five, six or ten years imprisonment.

Any person who, in the commission of a particularly serious felony, personally uses a firearm is subject to an additional and consecutive term of ten years imprisonment. The firearm need not be operable or loaded for this enhancement to apply.

However, if during the commission of such felony a person personally and intentionally discharges a firearm—he/she shall be punished by an additional 20 years in state prison. Notwithstanding any other provision of law, any person who, while committing or attempting to commit a serious felony, personally and intentionally discharges a firearm and proximately causes great bodily injury or death (to any person other than an accomplice), shall be punished by an additional and consecutive term of 25 years to life in prison.

For this provision, particularly serious felonies shall consist of murder, mayhem, kidnapping, robbery, carjacking, assault with intent to commit a specified felony, assault with a firearm on a peace officer or firefighter, rape, rape or sexual penetration in concert, sodomy, oral copulation, lewd act on a child, sexual penetration, assault by a life prisoner, assault by a prisoner, holding a hostage by a prisoner or any felony punishable by death or imprisonment in the state prison for life.

Although not an exhaustive list, factors that may be responsible for an increased sentencing enhancement include how violent the transmission of the crime, the amount of harm induced upon the victim(s), whether an individual was directly involved in perpetrating the crime or merely involved in group activity surrounding the offense, whether the crime was premeditated, and the criminal history of the participants.

Those individuals with specifically violent criminal histories will be more prone to receiving longer and stiffer firearm enhancement sentences. On the other hand, if a defendant is cooperative and/or aids in the investigative process, there can be a reduction of the enhancement prison time allotted.

To establish a defendant is guilty of “personally using a firearm,” a prosecutor must prove one of the following:

If found guilty once charged with a firearm sentencing enhancement, the judge will have the most latitude in deciding a defendant’s fate. For the most part, a judge can determine what sentence term to add within the statutory range provided, unless the law itself indicates otherwise (i.e., that the judge is required to apply a certain amount of time). Where aggravating factors exist, such as particularly violent behavior or grave bodily injury caused, a judge is advised to extend the prison term by the longest amount of time provided under statute.

Additionally, in 2017 the California legislature enacted Senate Bill 620, allowing judges to strike or dismiss an enhancement otherwise required to be imposed by Penal Code Sections 12022, 12022.5 and 12022.53. Therefore, the sentencing enhancements under these provisions are no longer mandatory and judges have the discretion to dismiss such enhancements in cases where it would be “in the interests of justice.”

Another possible defense to a gun enhancement crime is self-defense or acting in the defense of others. If a defendant truly believes they or others are in imminent danger of serious harm and use only that force which is reasonably necessary to prevent or stop the danger, he/she has a valid claim of self-defense to the underlying felony charge and thus the gun enhancement.

Proving police misconduct is another means of defending against any gun enhancements. If a defendant can establish police misconduct (such as a coerced confession, improper testimony given, incorrect police report submitted, firearm illegally placed on person or in car, etc.), the District Attorney may withdraw the charges or the judge could dismiss the matter, leaving no sentence to be enhanced.

An illegal search conducted by law enforcement may also provide a defendant with a possible defense to any gun enhancement charge. For example, the police are prohibited from searching a person, their vehicle or their property unless:

If the officer(s) cannot prove its legally, a search may be found to have violated a defendant’s Fourth Amendment Constitutional rights. And if the search is deemed illegal, even if a firearm is discovered, it is inadmissible in court and thus no gun enhancement can be applied.

Moreover, the double jeopardy clause of the Fifth Amendment prohibits multiple punishments for the same crime. Therefore, a sentencing enhancement cannot be applied if the sentence for the underlying offense already punishes the exact same conduct. The barometer is whether both statutes require proof of the same elements to be convicted.

In practice, however, double jeopardy challenges are difficult to argue. This is why it is imperative to have a knowledgeable and seasoned criminal defense attorney representing you when facing felony charges, especially those involving firearm sentencing enhancements.

Working with a skilled attorney will help your case tremendously. The ideal attorney can research and apply the right defenses to your particular case. Furthermore, a knowledgeable criminal defense attorney can prove probable cause was not present or uncover police misconduct, protecting your constitutional rights where necessary.

Your freedom depends on finding an experienced Los Angeles Gun Crime Attorney immediately. The sooner you reach out, the sooner we can work on getting your case drastically reduced or dismissed entirely.