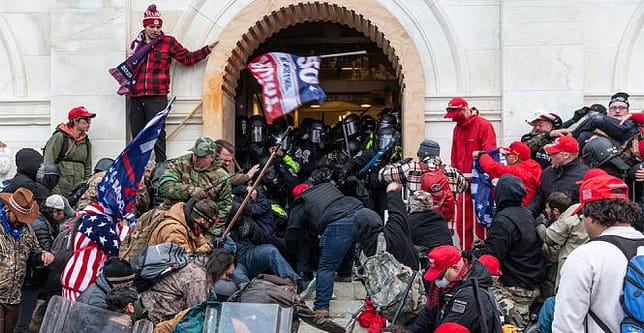 What is the definition of an aggravated trespass under PC 601?

A person who trespasses on property of another to makes a credible threat to cause serious bodily harm physically, by a firearm, dangerous weapon or makes credible threats by stalking.

What is a trespass as defined under PC 601?

A trespass is committed when a person willfully enters land, they have no property rights to interfere with the peace, quiet and enjoyment of the rights vested to the property owner.

What are rights vested in land under PC 601?

The ‘right in’ question is the right of possession. A property right is established by a founded written instrument such as a deed, lease or title that was lawfully conveyed by a predecessor who had the same right establishing continuity or privity of ownership, recorded in the county clerk office where the land resides to let others know what those rights are. The rights as described on the deed, title or lease describe how the person designated on the document can enjoy the property vested to them, and the period of time that vesting period remains active.

Derivative rights also include leases or easements that allow nonrelated parties to enter the land for a particular purpose.vi A person with primary or derivative property rights, can dedicate who can stay or leave on the property, and how they can conduct themselves.

How can people with primary or derivative property classify people on their land under PC 601?

A trespasser is owed no duty but there is duty to warn. A licensee takes the property as it was acquired by contract so long as there are no obstacles or contents on the premises that can cause substantial injury. A primary rights hold has a duty to inspect the land for social guests and invitees prior to entry on the premises.

What is a threat as defined under Penal Code 601?

A threat is expressed or implied communication to another that places that person in reasonable fear or apprehension of a crime to be committed against that person. That apprehension can take place immediately, or some point in the future,x but cannot exceed 30-days. The threat can take place on private property or the workplace.

What are the penalties for a violation of Penal Code 601?

What are examples for a violation of Penal Code 601?

What are some defenses against a violation of Penal Code 601?