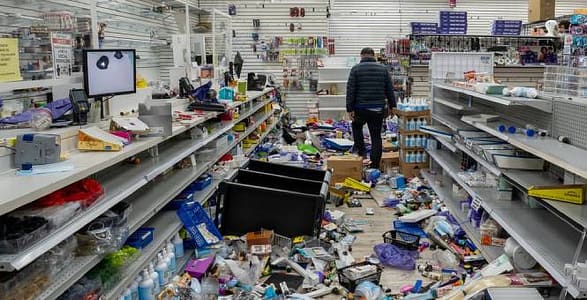 What is the definition of a commercial trespass under PC 602.1?

Any person that intentional and or willfully interferes with the operations of a business by obstruction or intimidates those who attempt to operate that business, and refuses to leave what asked to vacate the premises.

What kinds of entities qualify as a business under PC 602.1?

A company as defined under Penal Code 602.1 is any entity organized under the laws of the State of California.

What qualifies as an intentional interference under PC 602.1?

An international interference must be demonstrated by purpose and conduct. The intent is a purposeful act that diminishes a lawful an expectancy desired that does not include an unforeseeable event or conduct. In this matter, the interference diminishes the value or purpose of the product or service offered on the premises where the business operates. An obstruction is form of intentional interference but also utilizes an inanimate object.

What are interferences and obstructions under Penal Code 602.1?

Illustrations of an interference or obstruction on commercial property can be the assembly of a demonstration on the property for a lawful purpose that the business or premise owner did not acquire a permit; or passing out flyers without permission. yelling and causing a disturbance on the property; disrupting the patrons while entering the premises. being present on government property and giving false accounts of any law that misrepresents support of why you should not be removed.

What makes the entry or conduct unlawful under Penal Code 602.1 PC?

There must be a request to leave, and the person who is requested refuses to leave. At that point, that person is demoted from a social guest, invitee to a trespasser. As a trespasser, the business can utilize all reasonable force to escort the disruption from the premises- which includes calling the police. The request can be verbal, implied body language, but cannot be initiated by patrons unless it is to prevent substantial bodily harm and death to another on the premises. To make the request more apparent, it must come from the directives of one in a supervisory role.

What are the penalties for a violation of Penal Code 602.1 PC?

Any violation of Penal Code 602.1 PC is a punished as an infraction or misdemeanor. If the trespass involves a misrepresentation of law explaining lawful presence on government property or to a public agency the punishment is an a fine not exceeding $400 dollars.

If the trespass involves obstruction or intimidation the punishment is a misdemeanor with confinement in jail not exceeding 90 days with fines not exceeding $400 dollars.

What are examples of violations of Penal Code 602.1 PC?

What are defenses to a violation of Penal Code 602.1 PC?