VC 2800.4 – Evading Police by Driving on the Other Side of the Road 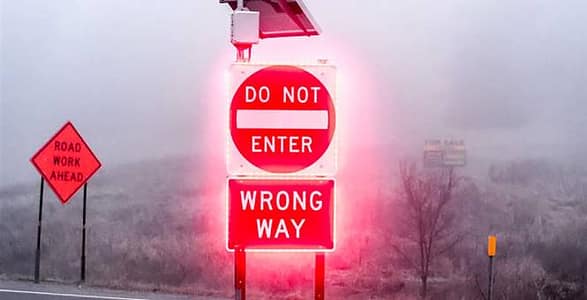 Evading Police by Driving the Wrong Way – Table of Contents

What is the definition of driving on the other side of the road?

Whenever a person willfully flees or attempts to elude a pursuing peace officer in violation of Section 2800.1, and the person operating the pursued vehicle willfully drives that vehicle on a highway in a direction opposite to that in which the traffic lawfully moves upon that highway.

What is the mental state required for a violation of VC 2800.4?

The mental state required is willful. Willful is the intent do so something on purpose. Under Vehicle Code 2800.4 VC a person intends with purpose to evade a police officer in a vehicle by onto a highway and in the opposition direction of traffic.

What is the definition of eluding under Vehicle Code 2800.4 VC?

Eluding, fleeing, or flight is used interchangeably under Vehicle Code 2800.4 VC. There interchangeable meaning is to not yield to the lawful command of a peace officer by maintaining a distance from that peace officer’s reach to prevent that officer to implement a lawful investigation or detainment concerning a crime based on probable cause.

An attempt for a lawful investigation or detainment can be communicated by electronic, vocal, or physical cues. Flashing lights, a siren, communications by an intercom, exiting a patrol vehicle, approaching on foot, or direct communication to another.

Eluding, fleeing, or flight from a lawful command is not exclusive to the conduct of driving from a peace officer. The same can be demonstrated by person approaching a vehicle from a standpoint of attempting to elude, flee, or flight from the lawful command. In addition, the officer does not need to be in a vehicle but can be on foot.

How is driving on the other side of traffic defined under VC 2800.4?

Driving on the other side of traffic is going against the lawful direction of the highway.

What are the penalties for a violation of Vehicle Code 2800.4 VC?

What are examples of violations of Vehicle Code 2800.4 VC?

What are the defenses to a violation of Vehicle Code 2800.4 VC?