What is “Intent” in Criminal Law?

May 18, 2018 by Mikel Rastegar in Criminal Defense 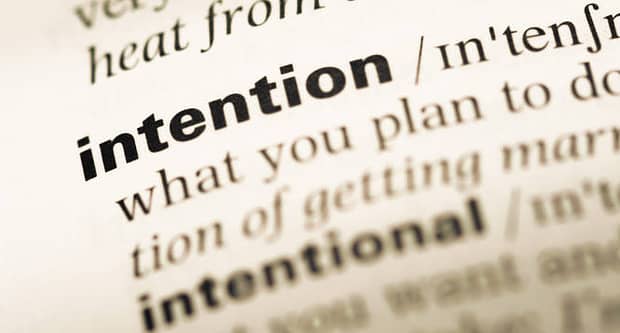 What is “Intent” in Criminal Law in California?

California intent in criminal law code section 250 states that there must be a union of act and intent, forming what is called “general intent” in order to be found guilty in the commission of a crime.

This means simply that the act itself may not be enough to rise to the level of “criminal” if the perpetrator committed the act by accident or without knowledge of certain information. The person must not only commit the prohibited act, but must do so with wrongful intent.

Of note, if a crime is a “specific intent” crime, the penal code will explain exactly which mental state is required by the perpetrator. For example, some crimes require malice, others require intention, and more still require only recklessness or negligence. Each is its own mental state.

Prosecuting with Criminal Intent in California

The prosecutor must prove every element of a crime in order to convict you of a crime. This may seem obvious, but when a crime requires an act and intent, the intent may prevent the prosecutor from being able to properly prosecute you. This is because it is often fairly straightforward as to whether the act was committed.

It will not always be difficult to determine if an assault has occurred, if someone’s home was burglarized, or if a murder took place. Other than proving you were the individual to commit the crime, the only real hurdle in your prosecution may ultimately be whether you committed the crime with the requisite criminal intent.

California law does not want to penalize someone that causes another’s death in a justifiable and accidental manner the same way it would penalize a murderer; the difference being the actor’s mental state.

If the prosecutor cannot prove you acted with criminal intent, you cannot be convicted of the crime.

Of the utmost importance in the instance you are charged with a crime is hiring an attorney. Your attorney will know the various ways to argue on your behalf and show that the prosecutor perhaps has not proven each element beyond a reasonable doubt, as is his or her burden.

If there is any reasonable doubt as to an element, you cannot be convicted, and the same goes for your mental state. Your attorney will be able to explain that, at the time the illegal act occurred, you must have the requisite intent. Even if you had criminal intent thirty seconds before you committed the act or thirty seconds after, you cannot be convicted as long as there is not a precise union between act and intent.

The principle of transferred intent may come into play when arguing whether you had the criminal intent to commit a crime. Essentially, if you had the intent to harm one person, and you commit some act to further that intent, even if you harm someone you did not intend to harm, you still had criminal intent. Your intent to harm the first person is automatically transferred to the person that actually ends up being harmed.

If you or a loved one is being charged with a crime that involves an element of criminal intent in California, we invite you to contact us immediately for a free case review. Schedule an appointment to meet with us in person, or feel free to submit an evaluation online and we will get in contact with you ASAP. We can provide a free consultation in our office located in Century City, or by phone.